These new rotary aircraft will replace the Russian Mi-17 transport helicopters in the coming years. There is also a possibility of a new combat chopper in the same class as the American Apache.

Sources in the defence and security establishment said that the engines will be manufactured to power different types of medium weight helicopters that the HAL is working on to meet the demand of the Air Force, Navy and the Army.

At an event organised Saturday by industry chamber FICCI, Defence Minister Rajnath Singh had said that during his talks with his French counterpart Florence Parly last week, discussions on the engines took place.

The thrust of his talks was to ask French defence firms to either collaborate with Indian companies or simply produce in India.

“I am happy to say that the French government has agreed that a big French company will come to India and produce an engine, currently not made in the country, under the strategic partnership with an Indian company,” he had said at the seminar.

The sources said this was related to helicopter engines and the Indian company that will enter into a strategic partnership with Safran is HAL.

The sources refused to elaborate whether this investment will be part of the offsets that Safran has to complete as part of the Rafale deal.

The HAL currently manufactures the LCH (Light Combat Helicopter) and the multi-role ALH (Advanced Light Helicopter), besides the Chetak choppers.

Incidentally, both the ALH and the LCH are powered by Ardiden 1H1 Shakti, co-developed by HAL and Safran.

The sources said that while this is license manufactured by HAL, the new engine will be made under the strategic partnership, which will involve transfer of technology.


IMRH reason for India-France collaboration
The defence sources explained that the HAL is working on a twin-engine, multi-role, multi-mission chopper of about 13-tonne weightage, known as the Indian Multi-Role Helicopter (IMRH).

This helicopter is meant to replace the various variants of Russian Mi-17 helicopters which are the workhorse of the Indian Air Force, which operates a total of about 250 of them.

The phasing out of the earlier versions of these helicopters are to begin around 2028, with the latest versions, Mi-17 V5 (inducted since 2011), to be the last to be phased out.

The HAL is looking at a helicopter which will have more endurance than the Mi-17s and will be used for a wide variety of operations, including transport, VVIP travel, search and rescue besides others, the sources said.

The HAL also plans to manufacture a medium weight combat helicopter in the future, which will rival the American Apache currently in service with the IAF.

It will also offer a naval variant to the Indian Navy, which is also in need of medium weight choppers. 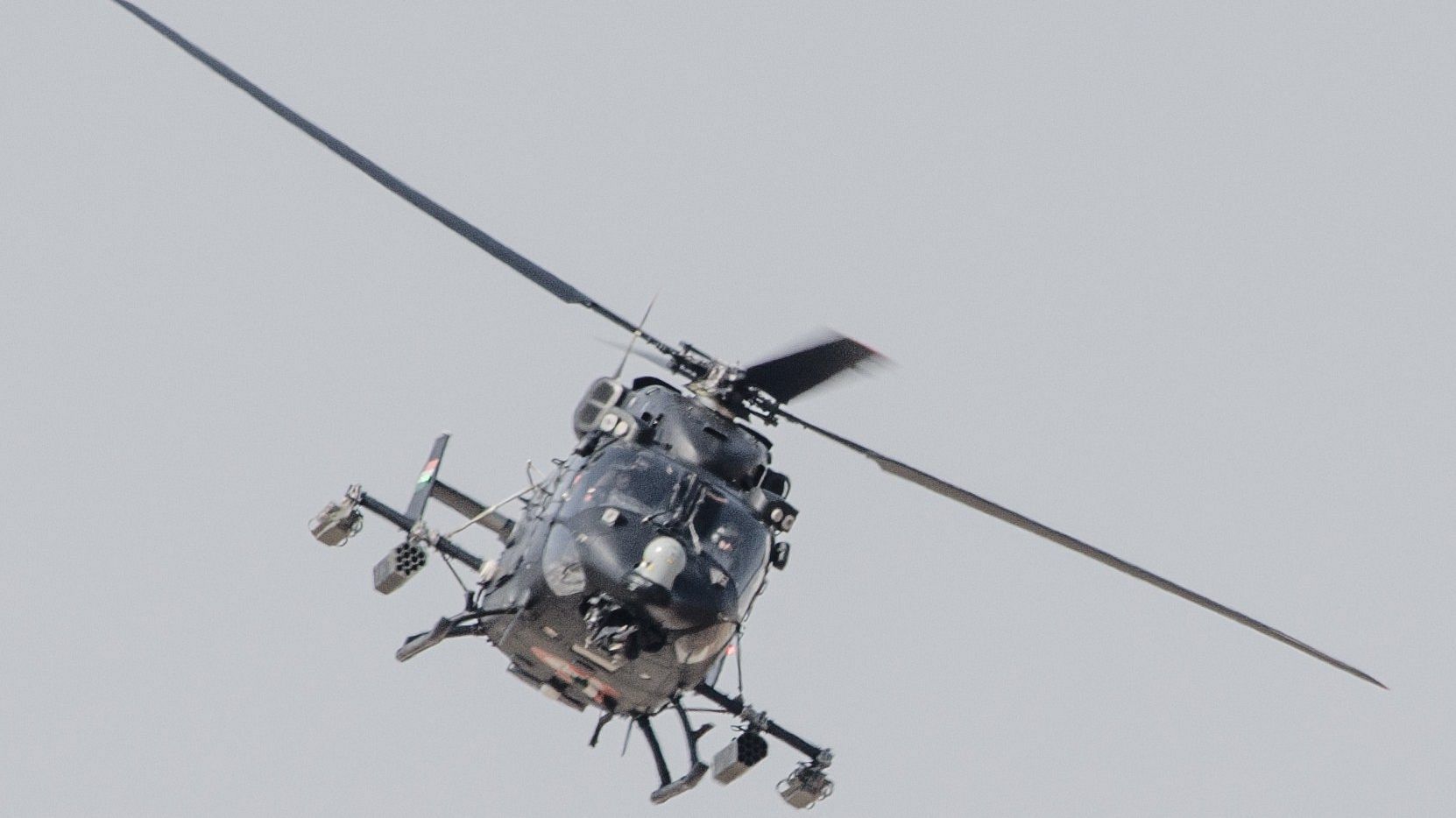 HAL is working on a twin-engine, multi-role, multi-mission chopper of about 13-tonne weightage, termed the Indian Multi-Role Helicopter (IMRH), with more endurance than Mi-17s.

IndianHawk said:
Our own market will be big enough to justify mch. Whether a ucav will be able to do missions like Apache we will only know with time.
Click to expand...

Their is a doctrine shift even in our armed forces.
Helicopters were/are-currently used by us for battlefield surveillance, anti-armor and precision CAS (if needed).
Most of these roles have been taken over by UAV and UCAVs. These platform do much better job, have much lower risk and are also cost effective.
UAV and UCAV can fly in air for 24-48 hrs., fly outside the engagement altitude of MANPADs and provide better surveillance & engagement capabilities with ATGM with zero threat to pilots.

Dark Sorrow said:
Currently their is no need for that.
Heavy attack helicopter will only be procured in small quantity. It is not worth the investment and resources consumed. Buying of the shelf product is more practical.
UCAVs are taking over the role of bigger attack helicopter.

We have decided to focus on AMCA, TAPAS, Guruda and FUFA projects.
Click to expand...

They will need to build a transport version to verify design etc and work on that. IMRH is the road...

IMRH will be used later to derive a heavy class attack heli.
C

Its a fallacy to assume that MANPADS are the 'major' threat to combat helicopters. Most combat helicopters will, when deployed fly very low (treetop height), where the time to 'target and fire' manpads is less than 2-3 seconds. If you see videos emerging from the recent Rus-Ukr conflict, you will see the helis which got attacked were flying high. Yes, in the mountains (like Kargil), the window of opportunity to use a MANPAD, will be far bigger and thats where Chaff/ Flares etc will play their part.
The bigger danger to fast low flying helicopters will be from 7.62-50 mm rapid firing guns/ Autocannons.

Is this a speculation or is it official? There was a news regarding HAL designing Mach 2 fighter at around 15 mn cost? Does anybody have any update?

HariPrasad-1 said:
Is this a speculation or is it official? There was a news regarding HAL designing Mach 2 fighter at around 15 mn cost? Does anybody have any update?
Click to expand...

They did the same with Dhruva Rudra and finally LCH