Vishalreddy3 said:
Absolute state of Mr.knowitalls!!!! No one in the world, would have the balls to go into a country, with an army barracks literally a km away from ur target and you barge into an unknown house, eliminate a target without collateral damage, and you comeback alive needs a special applause!!
Here we are, sending MaRcOs to do a job that a normal conscripted infantrymen could to the job, that to inside our own country!!
Click to expand...

Lol do you think that the pakis weren’t aware?
A helo crashed, so many explosions dipirinb breaches, so many kalashnikov rounds fired by terrorists, the building was on fire yet no police wala or fauji came to the spot?

either it was fake or pre planned.

FalconSlayers said:
Lol do you think that the pakis weren’t aware?
A helo crashed, so many explosions dipirinb breaches, so many kalashnikov rounds fired by terrorists, the building was on fire yet no police wala or fauji came to the spot?

either it was fake or pre planned.
Click to expand...

Hence the reason why they used their CIA assets to do their job from something miserable from happening!! There is like a whole documentary and books on this subject where they successfully halted any response from the paki law enforcement and they also had a F15 read to strike as a backup!!

New Delhi: The Maritime Theatre Command — comprising all the naval assets — will come up soon after the unified Air Defence Command is set up, ThePrint has learnt.

An ongoing study on the maritime command is currently at an advanced stage, top defence sources said.

The Air Defence Command, responsible for guarding the Indian airspace from hostile air elements, was initially reported to be set up by October. A new date, however, is yet to be formally announced. The study on the Maritime Theatre Command has been under way for the last several months.

A senior defence source told ThePrint that the command is more likely to be headquartered at Karwar in Karnataka. Hyderabad is also under consideration, though, it is learnt.

It will likely be headed by an Indian Navy officer of vice-admiral or admiral rank.


Amphibious elements of Army include infantry, mechanised as well as armoured regiments, which are presently capable of executing amphibious operations.

Maritime strike aircraft with the IAF includes certain squadrons of Sukhoi-30 and Jaguar fighters, and their primary role is to strike enemy naval facilities on shore, naval vessels and installations in harbour and carry out anti-shipping strikes against enemy naval assets when in vicinity of India’s naval forces.


“Tri-services coordination will increase within the components placed in the theatre commands.”


The officer added, “Subsuming the Andaman and Nicobar Command into the Eastern Naval Command will provide greater force levels in the Bay of Bengal, while also increasing resources available at the islands to address any threat from the east.” 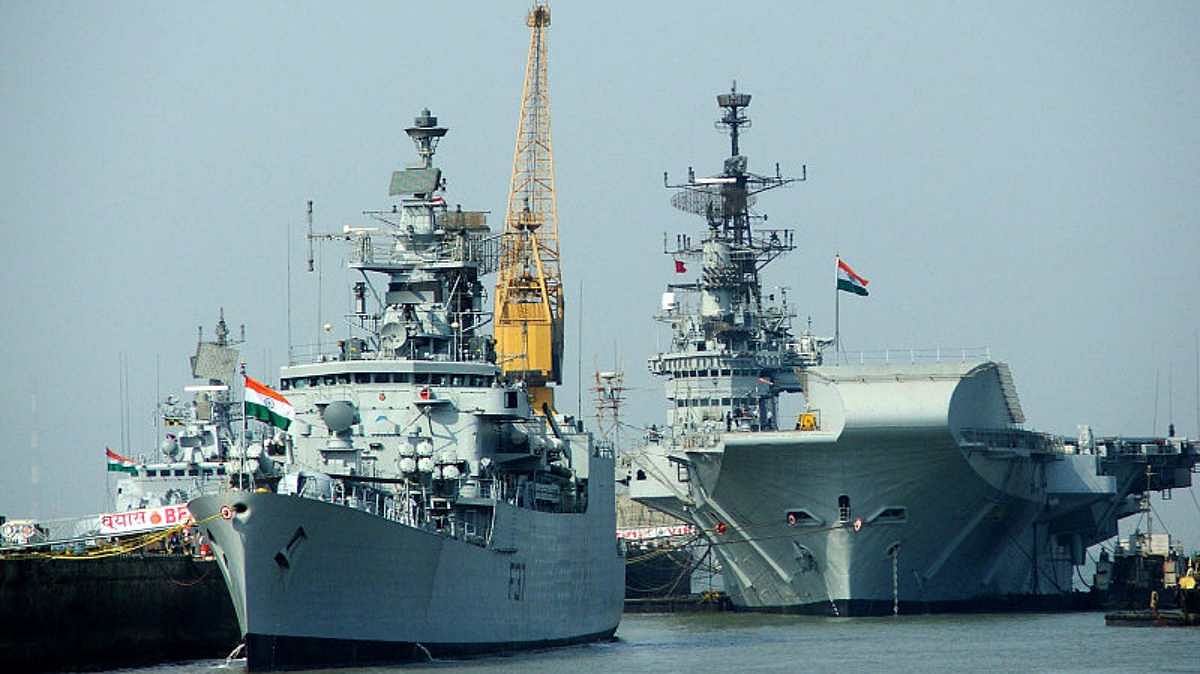 An ongoing study on Maritime Theatre Command is currently at an advanced stage. It is likely to come soon after the Air Defence Command is set up.

Well our coming FICV will be amphibious.

Its wheeled. IA wants FICV to be tracked.

Vishalreddy3 said:
Yes of course!! For that job we have BSF Marine unit already!!
Click to expand...

They are just for patrol duties

So, IN issued a new RFI to acquire only 2 LPDs instead of 4 and with new specifications!!

About time Indian Navy does also the same thing.

Can be used as a amphibious platform as well.

I just want to say that the state of us marines currently is bad as people are not looking internally and looking at past reputation.

They first deteriorated by becoming nearly redundant with capabilities that are not very unique such as being a mini airforce with jets and also being used as mini army infantry army force in the deserts of the middle east.secondly they are deteriorating currently by shedding all the heavy weaponry ground forces such as tanks and is now becoming a very light amphibious infantry that will most likely can't sieze ports or beaches of heavily defended peer countries which America is thinking to face in the future.

So if looking outside please do not look at current us model.

Our amphibious forces are small,but they just don't have the budget behind them but the idea is solid of them being a heavy amphibious invasion force.dont follow the confused mess that us marines are/ are becoming now.

They are a military wing that is itself confused and is looking for a mission due to various messes of the last decades and bad military decisions of their own making and they can't die like in huge nos like in Normandy due to the current fear of human loss of the current us population and that is why they are stuck.

Make our amphibious forces focus on the mission of capturing parts of pak shore and Andaman and Lakshadweep islands and make they a comparitively small but heavy duty force specialized for this purpose.

However, both lack close air support in the form of V-22 helicopters, heavy armour, and have limited number of transport LHDs at the moment.

I our case, we at the moment have only 1 dedicated amphibious brigade (54 th) have a very poor (though amphibious) IFV called BMP-2, IGLA manpads, 105 mm Garud artillery, and 122 mm GRAD type truck mounted MBRL in developement, no CAS helicopter, with only 2 LHD can be inducted in this decade due to budget cuts.