Will continue from here tomorrow.

Author : VEDVEER ARYA.
Proto VEDIC period (10,000-8000 bce)
· The beginnings of ancient VEDIC civilisation may be assertively claimed to have started its journey of evolution at the start of the Holocene or the epoch of the so-called Neolithic revolution (12,000 bce); the foundations of VEDIC civilisation were laid around 10,000 bce in the region of Sapta Sindhu (Saraswati, Sindhu and the five rivers of Punjab). Some families / groups belonging to this period of VEDIC civilisation migrated to central Asia and Eastern Europe as conclusively proven by the genome studies and archaeological findings in the South-eastern Anatolian region (Turkey).
· Traditionally, VEDIC Rishis were deeply engaged in language studies and laid strong foundations for the evolution of VEDIC Sanskrit from the Proto Indo-Iranian language at an early date. They also founded the tradition of multi-generational record-keeping of astronomical observations that triggered the systematic study and development of Mathematics and Astronomy. VEDIC civilisation had also acquired the essential knowledge and experience to augur the agrarian revolution by 7500 bce, and this period also witnessed considerable internal migration.
· Early VEDIC period (8000 – 5500 bce)
· VEDIC civilisation transformed into an agrarian society around 7500-7000 bce according to the archaeological findings at Mehargarh, Lahuradeva, and Jhusi. Interestingly, VEDIC Rishis seem to have invented a primitive phonetic script that revolutionised language studies at a very early stage. Elementary VEDIC Sanskrit grammar, the rules of conjunction (sandhi), context-free grammar and the rules of Chandas (meters) started evolving by 7500 bce and quite possibly, the script used in the inscriptions found at Vikramkhol, Jharsuguda in Sambalpur district of Orissa may belong to the early and mid-VEDIC period. This script is undoubtedly anterior to the Brahmi script. Most of the hymns of the Rigveda and Yajurveda were written around 8000-7000 bce and various branches of the Vedas also evolved during the period 7000 bce to 5500 bce.
· The lunisolar calendar and the cycle of five year Yuga system were very likely Indian inventions that were in place by 7000 bce. Indian astronomy scaled new heights when Maya wrote the earliest version of Surya Siddhanta at the end of the Krita Yuga i.e. around 5600-5500 bce. The first Surya Vamsa King Iksvaku may have founded his kingdom around 6776-6700 bce.
· Some significant dates of the early VEDIC Period are:
Mid-VEDIC period (5500-3500 bce)
VEDIC people continued their in-depth study of language due to which classical Sanskrit started evolving. Possibly, the basics of advanced Sanskrit fully evolved and classical Sanskrit came into popular use by the end of the Krita Yuga i.e. 5500 bce. Rama, the most illustrious king of the Surya Vamsa, was born in 5114 bce and Maharshi Valmiki wrote the Ramayana, the “Adikavya” (the first poetry in classical Sanskrit) around 5050 bce. Various branches of the Vedas undertook an initiative to formally edit and compile the hymns of Rigveda, Yajurveda and Samaveda according to their traditions around 5000 bce. Most probably, the presently available texts of the Rigveda, Yajurveda and Samaveda were finally edited and compiled around 4500-3500 bce.
Some significant dates of the Mid-VEDIC Period are:

Post VEDIC period (3500-1650 bce)
The Saraswati was the mightiest river of ancient India and flowed in all her splendour up to 4000 bce. Sutudri (Sutlej), Yamuna and Drishadvati rivers were the main tributaries of the Saraswati. According to geological studies, the Saraswati originated in the glaciers of western Garhwal. Due to major tectonic activities in the Siwalik Hills, the decline of the Saraswati possibly commenced around 4000 bce. The Sutlej suddenly shifted her course westwards and became a tributary of the Indus and probably at the same time, the Yamuna also started flowing eastwards to be another tributary of the Ganga by 3500 bce. Thus, the sudden diversion of the Sutlej and the Yamuna as well as the melting glaciers of Garhwal reduced the Saraswati to be dependent on the Drishadvati and seasonal streams by 3500 bce and eventually, by 3000 bce, both the Saraswati and the Drishadvati dried up completely. Politically, the great kingdom of Surya Vamsa declined by 4200-4000 bce. Kuru founded the rule of the Kaurava dynasty and shifted the capital from Prayaga to Kuruksetra around 3900 bce. Brihadratha I founded the rule of Brihadratha dynasty in Magadha and made Girivraja or Rajagriha as his capital around 3700 bce. Gopala also founded the rule of the Gopala dynasty in Nepal around 3700 bce and at the same time, Naraka and Bhagadatta established the rule of their dynasty in Kamarupa (Assam) around 3700 bce. Gonanda I reigned in Kashmir around 3147 bce and was the contemporary of the Magadha king Jarasandha. The Mahabharata war took place around 3128 bce.
Various Brahmanas, Aranyakas, Pratisakhyas, Upanishads, and Sulbasutras were written during this period.
Some important dates of the post VEDIC period are:

Imperial era or Early Classical period (1650-200 bce)
Mahapadma Nanda founded a powerful Magadha empire around 1616 bce or roughly over 1500 years later from the date of the Mahabharata war (3128 bce). Chandragupta Maurya dethroned the Nandas and established the great Maurya dynasty around 1516 bce. Later, the Sungas, Kanvas, Satavahanas and Guptas ruled over the Magadha Empire. Mahavira, the 24th Tirthankara of Jainas, attained nirvana in 1189 bce.
Kautilya’s Arthasastra, Vedanga Jyotisha, Parasaratantra, Patanjali’s Mahabhashya, and most of the Ayurveda, Smriti, & philosophical works were written during this period. The Pali and Prakrit literature of Buddhism and Jainism also came into existence. The outlines of the chronology of Imperial or early classical period are as follows:


The chronology of ancient BHARATIYA literature:

Classical period (200 bce – 650 ce)
The Gupta Empire started declining after Skandagupta (199-177 bce). The rise of the Maukharis in North India and the rise of Yasodharman in central India further weakened the Gupta Empire. The Early Chalukyas established their kingdom in northern Karnataka by defeating the early Rashtrakutas and Kadambas. King Vikramaditya II, also known as Harsha became the king of Ujjain in the 1st century bce. The Panduvamsi kings founded their kingdom in Daksina Kosala (Chattisgarh). The Pala dynasty started ruling in eastern India and the Rashtrakutas defeated the early Chalukyas in the South at the end of the 1st century ce. The Pratiharas, Chedis, Paramaras, Chaulukyas, Chahamanas, Gahadwalas, Chandellas, etc. flourished during this period.
Most of the classical Sanskrit literature came into existence in this period. The greatest Sanskrit poet Kalidasa flourished in the 1st century bce. All the Puranas were updated and recompiled. The outlines of the chronology of classical period are:


The chronology of ancient BHARTIYA literature:

Early Medieval Period (650 – 1200 ce)
Eminent historians assumed only one epoch, that of 78 ce for the Saka era (583 bce) & the Salivahana era (78 ce) and also one epoch, that of 57 bce for the Karttikadi Vikrama era (719-718 bce) & the Chaitradi Vikrama era (57 ce). They also wrongly calculated the epoch of the Kalachuri-Chedi era (403-402 bce) as being around 248-249 ce and the epoch of the Sri Harsha era (457-456 bce) as being around 606 ce. This fallacious approach has brought forward the history of ancient India from early classical and classical period to classical and early medieval period. There is a serious need for further research to re-write the entire history of the early medieval period. However, some outlines of the chronology of the early medieval period are: 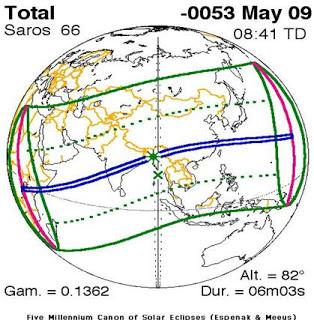 Hyderabad copper plates of Pulakesin II are dated in the year 534 elapsed from the epoch of the coronation of Saka king. These plates refer to the occurrence of a solar eclipse on the new moon day of Bhadrapada month i.e. 21st Aug 49 bce. 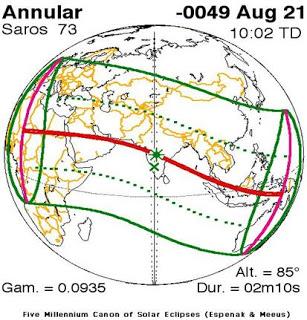 Similarly, the Talamanchi (Nellore) plates of Chalukya Vikramaditya I are dated in his 6th regnal year i.e. 1-0 bce and refer to a solar eclipse that occurred on the new moon day of the Shravana month i.e. 31st Jul 1 bce. This solar eclipse was visible at Nellore, Andhra Pradesh. 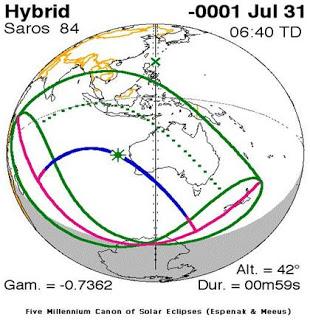 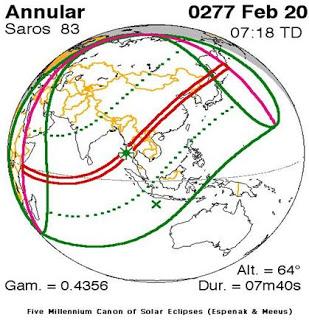 The chronology of western Ksatrapas:

The chronology of Early Chalukyas:

The chronology of Eastern Chalukyas:

The chronology of later Rashtrakutas:

The Gangas of Talakad

"The great Hanuma entered secretly Ravana's inner city which was equal to paradise, rendered noisy by neighing of horses and tinkling of ornaments, by chariots, vehicles and aerial-cars and decorated by auspicious elephants and horses and great elephants with four tusks and by birds and animals in heat. It had beautiful entrances and was protected by thousands of rakshasas with great strength." 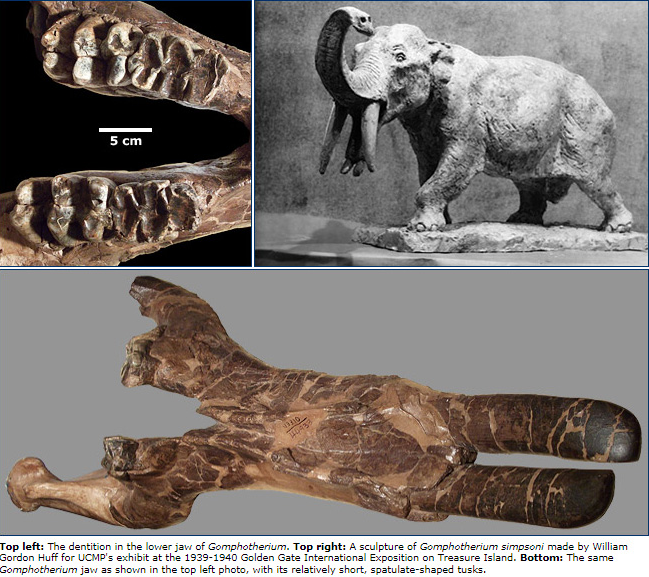