10 Cities selected for pilot project of Multi-Modal Electric Public Transport under FAME India
The Minister of Heavy Industries and Public Enterprises Shri Anant Geete has announced today that the Government is providing Rs 437 crore subsidy to 11 cities under FAME India, for launching electric buses, taxis and three-wheelers. The cities include Delhi, Ahmedabad, Bangalore, Jaipur, Mumbai, Lucknow, Hyderabad, Indore and Kolkata, plus two cities – Jammu and Guwahati under special category. The nine big cities in the list will be given subsidy for 40 buses each while Jammu and Guwahati will get for 15 buses each. Subsidy for taxis will be given to Ahmedabad ( 20 taxis), Bangalore (100 taxis), Indore ( 50 taxis) and Kolkata (200 taxis) – based on their demand. Bangalore will get subsidy for 500 three wheelers, Indore for 200 and Ahmedabad for 20. This comes to a total of 390 buses, 370 taxis and 720 three wheelers.

This announcement has been made during the second half of December, when the Department of Heavy Industry is observing “Swachhata Pakhawada” under Clean India Mission.

The selected cities are required to finalize the tendering process and issue supply order before 28th February 2018. Through this EOI, Department of Heavy Industry is expected to spend about Rs. 437 Crore under FAME India scheme (Phase I), which includes about Rs. 40 crores as incentives for installation of charging infrastructure.

While many Departments and Ministries are working for promotion of electric vehicles, the Department of Heavy Industry is the Department which is administering the scheme “Faster Adoption and Manufacturing of Electric and Hybrid Vehciles in India”, popularly known as FAME India scheme since 01st April 2015. The present effort is a significant boost to electric mobility with the aim to roll out a number of electric buses, electric three-wheelers and electric shared cabs for multi-modal public transport.

An Expression of Interest (EOI) inviting proposals from million plus cities and special category states for multimodal transport was issued by the Department of Heavy Industry on 31st October 2017. Under this EOI, additional incentive was also proposed to augment charging infrastructure for public transport. Last date for receipt of the proposal was 30th November 2017.

In response to this EOI, Department of Heavy Industry received 47 proposals from 44 cities across 21 states having requirement of 3144 E-buses, 2430 E-Four Wheeler Taxies and 21545, E-Three Wheeler Autos with the total financial support of 4054.6 crores sought from Government of India. After evaluation of these proposals considering parameters like population, vehicle density, vehicular pollution, Swachhata Abhiyan ranking, coverage under Smart City programme, the available financial outlay under Phase 1 of FAME India scheme etc, the above cities were selected for funding under the present Expression of Interest as the pilot project for Multi-Modal Electric Public Transport under FAME India scheme of the Governement.

The phase-1 of FAME India Scheme, which was originally for a period of 2 years i.e. up to 31st March 2017, was extended for a further period till 31st March 2018, with slight modification to the extent of discontinuation of the available benefits to the Mild Hybrid technology under the scheme with effect from 1st April 2017.

The notification of the scheme provides for its review appropriately based on the outcome and experience gained in the Phase 1 of this scheme. Accordingly, based on the third party evaluation of phase-1 of the FAME India Scheme, the benefits available to mild hybrid technology was withdrawn.

At present, there are no plans to subsidize expensive battery components of electric vehicles in the Department of Heavy Industry, Ministry of Heavy Industries & Public Enterprises. However, R&D projects and EV technologies, including for battery development, are being supported under FAME India Scheme. The existing FAME India Scheme does not provide for extending demand incentive to battery components of electric vehicles.

This information was given by Minister of State in the Ministry of Heavy Industries and Public Enterprises Shri Babul Supriyo in reply to a written question in the Rajya Sabha today. 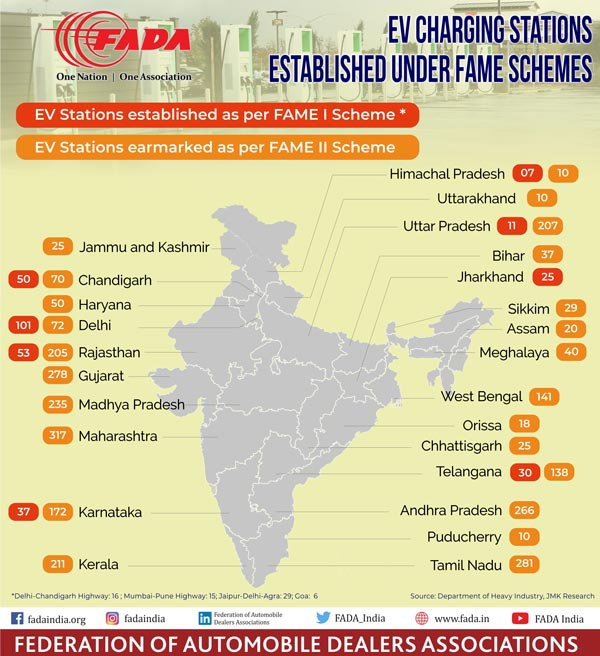