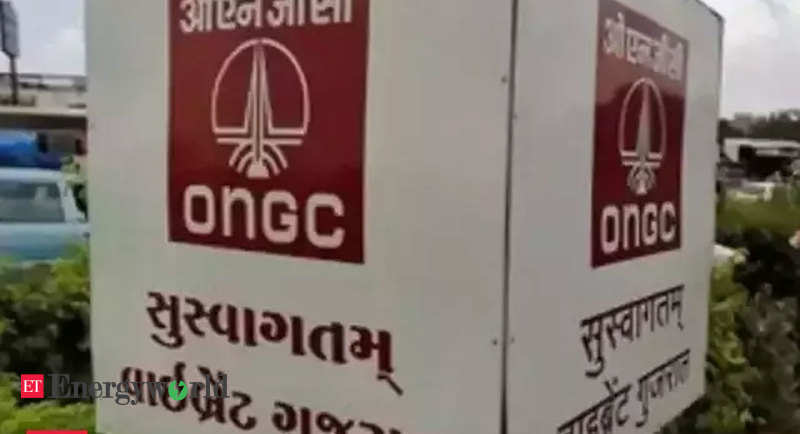 The government had offered 11 blocks for exploration and production of oil and gas in the fifth bid round under the Open Acreage Licensing Policy (OLA.. 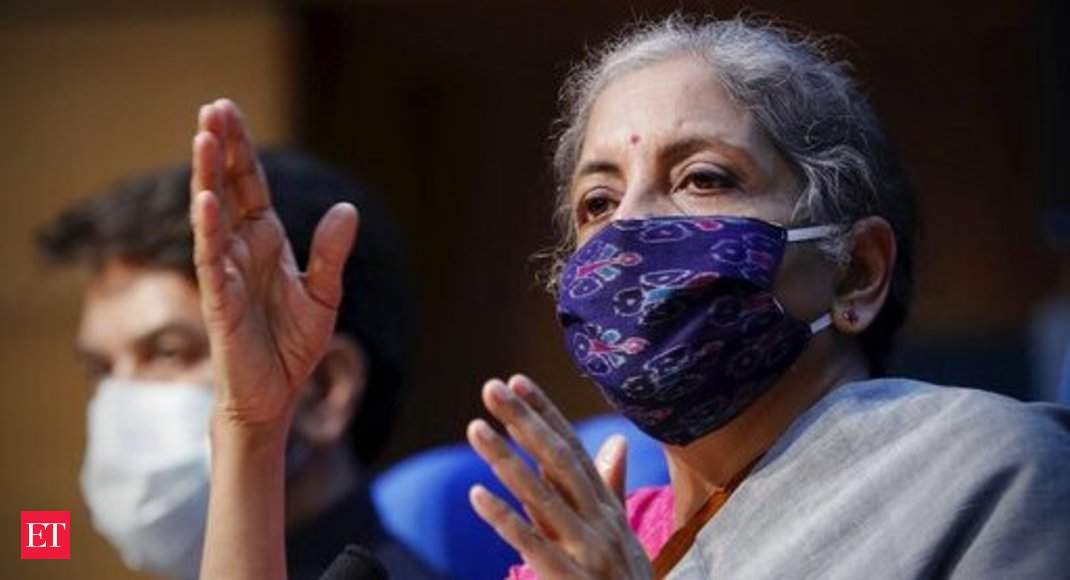 Indian economy set for a near double-digit contraction this fiscal

With over 7.6 million coronavirus infections, India is the second worst hit country in the world after the United States and the spread shows no signs of abating.

The crying over "inadequate stimulus" you see in media articles like this is intended to force GoI to take loans from World Bank, IMF type "multilateral financial institutions" to give out in stimulus, accepting with whatever debilitating conditions are asked for in return for the loans.
These conditions that have to be accepted to acquire the loans will be most likely against India's national and economic interests, and whatever other schemes Modi govt has planned for the "New India", that is the replacement of the current Nehruvian/Secular/Idea of India/Socialist/Atheistic system with a more Sangh-compliant one.
Essentially Govt is in a catch 22 where all it's plans fail either way, one in short term and another in the long term

avknight1408 said:
A good article about Tata group. For many years TCS is saving them from drowing in debt.

TCS is most of the time is the Lone savior. Few Years Tata motors have delivered good profit. It took Tata motors 8 years to reach 20K sales in single month this yr and should give good profit again.
The big problem with Tata group is to try to keep all within the big tata family. They want to keep control with themselves. They got Mistry as CEO but got rid of him soon. They need to open up more and have better people handle the business.


The pandemic that’s led to more than 1 million deaths globally has also led to a decline in individual wealth, yet household wealth largely held up and even increased in China and India.

That’s one of the main findings in Credit Suisse Group AG’s 2020 Global Wealth Report released Thursday. Thanks to government and central-bank actions to mitigate the Covid-19 fallout, global wealth rebounded from an initial slump in the first quarter of the year, adding $1 trillion by June after ending 2019 at $399.2 trillion.

“Given the damage inflicted by Covid-19 on the global economy, it seems remarkable that household wealth has emerged relatively unscathed,” said economist Anthony Shorrocks, one of the report’s authors, adding as a caveat that the findings are based on provisional household balance sheets for the second quarter issued by few countries.

Global wealth creation is expected to rebound next year as the economy recovers. The “main outlier” is North America, the report says, where the economy is hobbled by the “continued weakness due to the high prevalence of Covid-19” in the U.S. The region’s wealth per adult is projected to drop 5% this year, and remain near that level in 2021.

Only China and India saw gains in household wealth in the first half of the year, growing by 4.4% and 1.6%, respectively. Latin America suffered the most, with a 13% plunge, as currency devaluations aggravated losses in gross domestic product.

Wealth per adult slipped to an average $76,984 from $77,309 at the start of the year, the report found. Switzerland, the Netherlands, Taipei and Hong Kong saw gains, while Norway and the U.K. posted the biggest declines.

The number of millionaires remained stable after soaring to 51.9 million last year, while the club of the ultra-high net worth individuals with more than $50 million in net assets lost only 120 members to 175,570. In the U.S., which has the most people in the top 1% wealth group and 39% of the world’s millionaires, the inequality gap has narrowed, according to the report.

The findings come as wealth gains, especially in the U.S. tech world, have been increasingly scrutinized as millions lost their jobs due to the coronavirus hit. Amazon.com Inc.’s Jeff Bezos -- the world’s richest person -- has amassed more than $73 billion this year, taking his fortune to $188 billion, according to the Bloomberg billionaires Index. Facebook Inc.’s Mark Zuckerberg has gained $27 billion to more than $105 billion, while the rise of Zoom Video Communications Inc. has pushed up Chairman Eric Yuan’s net worth by $22 billion.

Overall, the world’s 500 richest people have added $970 billion to their combined wealth this year, the Bloomberg index shows.

The top 1% of the world, with more than $1 million each, hold 43% of global wealth, the report concludes. Meanwhile, about 2.8 billion adults have less than $10,000, collectively owning just 1.4% of global wealth.

Female workers, millennials and minorities were hit the most by the pandemic, mainly because of their high representation in businesses such as restaurants, hotels and retail that have been badly affected. Millennials, which also suffered the repercussions from the financial crisis, and the next post-Covid generation will have to deal with reduced economic activity and globalization, as well as discouraged travel, Credit Suisse said.

“There is the promise of many more surprises to come,” said Nannette Hechler-Fayd’herbe, Credit Suisse’s chief investment officer for international wealth management and global head of the economics and research unit. “Among the major economies, China is likely to be the clear winner.”

Ya'll Nibbiars The commerce ministry has recommended for continuation of anti-dumping duty on a Chinese synthetic rubber for five more years with a view to guard domestic players from cheap imports. In a notification, the ministry’s investigation arm Directorate General of Trade Remedies DGTR has said there is a “likelihood” of continuation of dumping of Fluoroelastomer and injury to domestic players if the existing anti-dumping duties are allowed to cease. 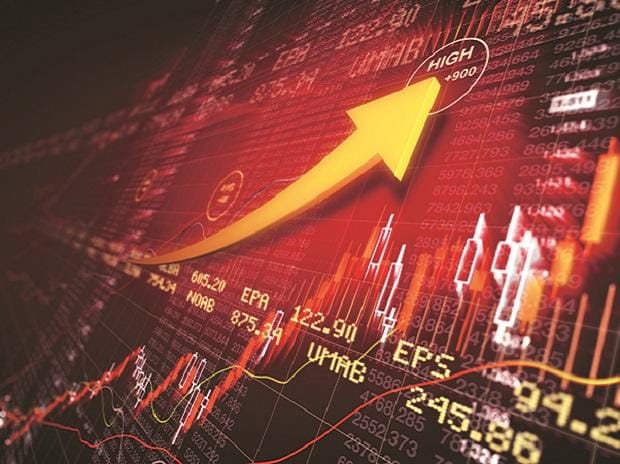 With these orders, the company's order book stands at 755 KMT valued at approximately Rs 6,300 crore, the company said. 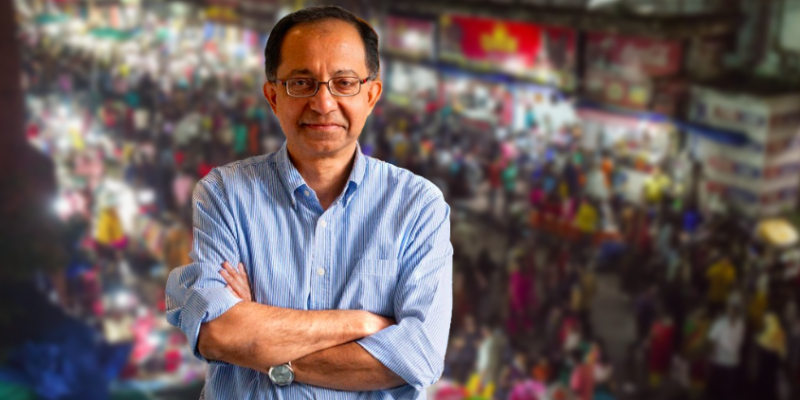 In September, Foreign Investors poured over $1 billion into Asian government and corporate bonds, more than doubling their investment in local currency debt from the previous month, attracted by higher yields and some signs of economic recovery.

If that the case then china is biggest user of this 2 policy very effectively we can see the result.
In china-
Intolerance (towards xxxhole people of country)
+ divisive politics (remove unwanted people)
= Investment
In India-
Intolerance(towards Hindu)+
divisive politics(feeding socialist ideology)
= no investment
The wire is right this time we are using this formula wrong let use Chinese one and eliminate the editors of wire.

Ya'll Nibbiars In fact, foreign exchange reserves are not a concept of net assets, but rather a part of the balance of payments as external assets and internal liabilities. Since the balance of payments is mainly settled in U.S. dollars, from the perspective of international investment and trade, it can be understood as a similar position concept in which the main purpose is to maintain the smooth settlement of trade and investment between countries. Therefore, the amount of foreign exchange reserves for emerging market countries is a major reference indicator of currency stability and economic stability, which is conducive to the participation in the international market.

Haldilal said:
Ya'll Nibbiars I think Infractures, IT and Telecom Infractures Sector are going to perform well. Just a feeling.
Click to expand...

It's not a feeling, it is what is going to happen.
GoI is going to spend a lot on Infrastructure as a part of stimulus for the economy and employment.
WFH has created a demand now for new IT software types for various corporates, even schools.
GoI needs paisa you can expect auction of 5G spectrum soon, after which you will see roll out of 5G related infra everywhere, with the Huawei kand both Nokia and Ericsson are willing to have assembly plants here, plus there is Mukes and Qualcomm tie up for Jio 5G

Btw what happened to 100LakhCrores Infrastructure fund which was launched by Sita mata few months back... any idea

With these orders, the company's order book stands at 755 KMT valued at approximately Rs 6,300 crore, the company said.

I Had an offer to head costing department of one of the Welspun group of company.

indus said:
Btw what happened to 100LakhCrores Infrastructure fund which was launched by Sita mata few months back... any idea

Isn't it going to be spent by 2025 on Infrastructure. Its not single year fund.

He wants India to be like China then?? What an idiot

warriorextreme said:
He wants India to be like China then?? What an idiot

Is this Karan Thapar, the same talk show Thapar or his son?
Those 2 Thapars have always been staunch Congress supporters and big BJP haters.

SKC said:
Is this Karan Thapar, the same talk show Thapar or his son?
Those 2 Thapars have always been staunch Congress supporters and big BJP haters.
Click to expand...

Yes the same degusting hypocrite. The only criteria to support Congress is to either be a even bigger idiot than Rahul Gandhi or be extremely conniving to achieve their ultimate goal of Sharia rule in India.

SKC said:
Is this Karan Thapar, the same talk show Thapar or his son?
Those 2 Thapars have always been staunch Congress supporters and big BJP haters.
Click to expand...

Yes.
The intolerance, divisiveness spin is stupid because since WW2 le fascist/military or communist-in-name-only dictatorships have been receiving the biggest investment, investors only care about results, not about hooman raitas or whatever.

South Korea, Taiwan, Japan have been under fascist or military rule.
Vietnam and Chongistan are "Communist" authoritarian one party states
Malaysia, Thailand, Singapore have had leaders and parties that ruled for 20 years( Mahathir Mohammad, yes that one only : ) ) minimum, to this illustrious list we now add Sultana Sheikh Hasina Wajid of Al-Bangalistan, First of Her Name, Deliverer of 8% GDP growth and 3rd globally ranking garment exports.

authoritarian rule doesn't magically mean GDP growth and increase in living standards, but it does help to drag your country into industrialization kicking and screaming without 0.5 front opposition and 5 year election cycles to worry about.

warriorextreme said:
Yes the same degusting hypocrite. The only criteria to support Congress is to either be a even bigger idiot than Rahul Gandhi or be extremely conniving to achieve their ultimate goal of Sharia rule in India.
Click to expand...

So he is also like that multi field expert coming on news channels as expert on whatever topic discussion is going on by News panel. Giving lectures to Govt on all fields. Some days he is defence expert, then economics expert, international relations expert and so on.
You must log in or register to reply here.
Similar threads
Indian Economy - Good Riddance to Pranab Mukherjee
Growth of Indian Economy as per the World Economic Situation&Prospects 2018 report of United Nations
Tracking Indian Economy till general elections 2019
Indian economy poses major challenges: Chinese think tank
Share:
Facebook Twitter Reddit WhatsApp Link