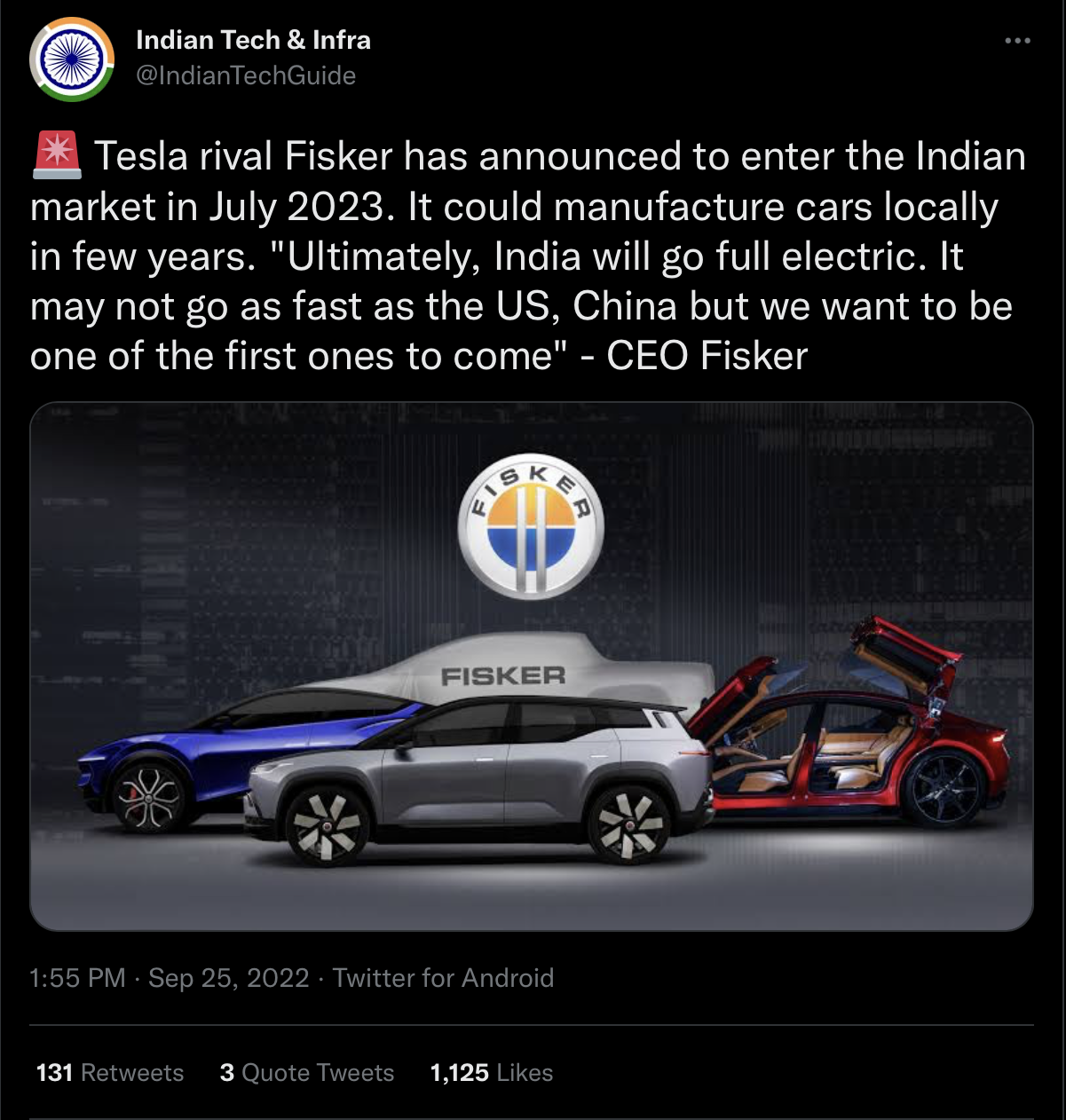 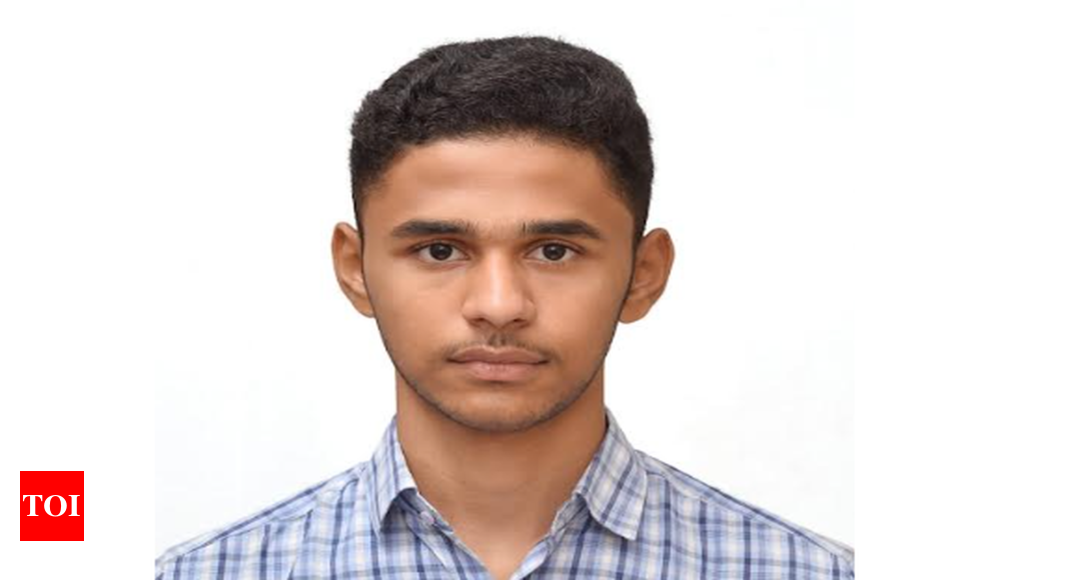 COIMBATORE: A 15-year-old school student in Coimbatore recently submitted his nanosatellite design to IN-SPACe, the satellite checking centre of the I.

Ya'll Nibbiars The oyo Earns 12 crore rupees per day and also loss of 7.5 Crore ruppes per day. With earning of 4,500 crores and loss of 2,800 crores ruppes the Oyo is as good as a Brankcrupt firms and also the Ola. With revenues of 1200 crores last years that's almost 60 percent reduction compared to the 2019 revenues and loss 900 crores. And Sam's true with the Electric and wouldn't be suprised if they shut down as a whole. And now the softbank cut down the valuation of the oyo to just 2.7 billion dollars from the 12 billion dollar in 2019. And soft bank invested 2.8 billion dollars for 50 percent stakes that's translate to a loss of 1.4 billion dollars. And same true with the Ola. And if they sold the oyo no one is going to buy it for even 100 million dollars most of the employees are unpaid for months some even year and the Agarawal taking a salary of 6 crores per year. Sameless person. No characters.
Last edited: Sep 26, 2022


Auto industry is major driver of economy for any country. Not just car assembly but other small supply chain industries contribute heavily to GDP and create employment.

Total car sales in India for the year 2021 was at 3.8 million unites while in China it was 27 million units in 2021. Although we have similar number of population and roughly 2 times smaller PPP GDP still the size of automobile industry is around 7 times smaller.

India is 141 in the list of 189 counties when it comes to per capita car ownership. Unfortunately we are behind in terms of car ownership compared to African countries, Nepal and even bankrupt states like Sri Lanka.

In recent years auto industry in India has picked up pace but still there is lot of room for improvement. China that is no 1 auto industry in the world is far ahead of India in this regard.


This is mostly because of China's government supporting car ownership by various means. This includes tax breaks, world-class road infrastructure, consumer incentive programs, etc. Even banks in China give car loans at less than 4 percentage points, thus making car purchase affordable to more and more people. Even fuel is cheaper in China compared to India.

This booming consumer driven auto industry is helping China's GDP numbers and also it is helping other industries that depend on auto industry such as steel industry. Fun fact: Do you know China produces more steel than rest of the world combined?


Where India is lacking


In india things are opposite. Central and local governments put heavy taxes on cars, bank loans are expansive at 8 percentage points (double than that in China). On top of this add congress era idiotic 4 meter car tax law that has handicapped many car manufacturers and ofcourse the horrible state of roads and parking infrastructure in India being a major obstacle for car buyers. Gov has made fuel taxes as their money making cash cow thus hurting car sales in process.

Gov in India behaves as if Car ownership is some luxury and therefore must be discouraged. We are following European model. This is hurting our economy and industry. Auto industry contributes towards 50 percentage of all manufacturing output and 7.5 percentage of total GDP number in India. By incentivising this sector alone we can increase our industrial output and GDP by a good margin. But we aren't doing it.


GDP of China is dependent on 3 things. Real estate sector, Massive construction of public infrastructure, Auto industry. Unlike popular knowledge export industry helps China strengthen their currency and increase forex reserves but it is not a major driver of GDP in China.

In India our real estate sector is full of black money investments, infrastructure spending is somewhat increased under BJP but it is still far behind compared to India's size and auto industry is treated like a step child. And people wonder why our economy is growing so slow.

Anibesh acharya said:
Tim culpan Bloomberg journalist has written this piece on why vedanta ll fail , because Wiscosin failed in USA . Probably all this coming from here . I am yet to find solid reason behind all these apprehensions .

Vedanta India: Vedanta deal: Wisconsin is coming to India and not in a good way - The Economic Times

Whats playing out today in India is eerily similar to what happened in the US Midwest five years ago, but this time the people and government of Gujarat have no excuse for not being aware of whats likely to unravel. Americans were told clearly that the project in Mount Pleasant didnt make sense...

Vedanta is the main invester here . Foxcon is mostly a technical consultant .
Click to expand...

So now it is understandable the grudge of this Gora Saheb.

The project which dont materialised in Wiscosin will also fail in India.

The project failed to realise and what ??? The same project now, moved from US of A to India.

Can understand the burn of this Gora Sahib 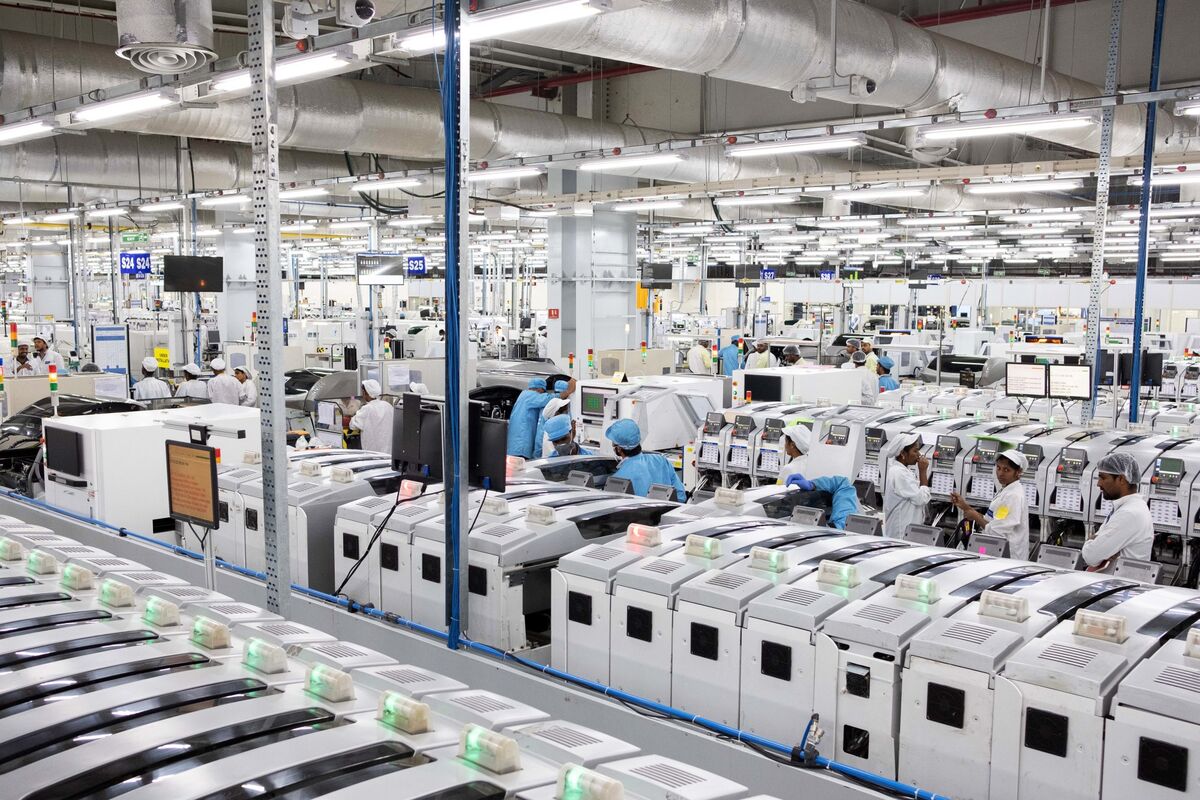 Wisconsin Is Coming to India and Not in a Good Way

Ya'll Nibbiars The EBITDA be like. The adjusted EBIDA is a scam the Oyo and Ola the new Policy bazaar and PayTM in making. The everyday making jokes memes on it. The Oyo Rooms has become synonymous with abuse in hospitality industry. The this is the brand value of so called 2 ruppes firms.

The Finance costs are not included in EBITDA the B here is before, I is interests.

Share based expenses are typically non cash and hence added back to arrive at EBITDA like D and A it’s a measure of operating cashflow not profit. The Other income - inclusion depends if operating or not.

And the OYO claims on the EBITDA is no only a joke but worse than that's. This new age tech companies not only changed the way businesses are done but also innovated the accounting and financial system. Gazab hai .

And That kind of adjustments were permitted 20 years ago when companies filed different balance sheets with Income Tax and Stock Exchange. Oyo is a blast from the past.

The US companies used adjusted revenues and adjusted EBITDA. The SEC was quick to act and asked them to not report non GAAP performance measures. I think SEBI needs to do something similar. Non-accountants will be taken for a royal ride with these fuzzy terms. 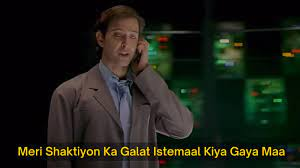 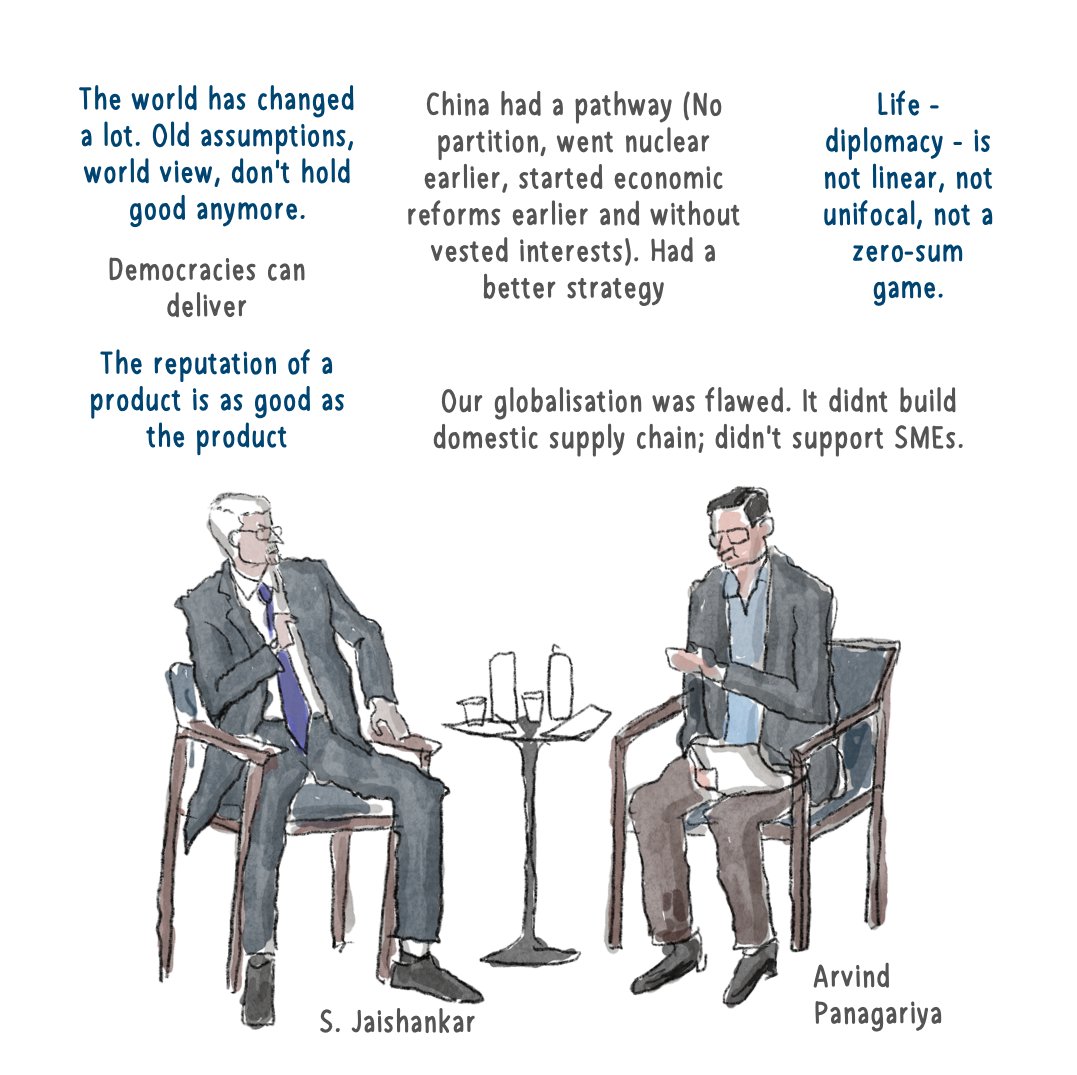 Ya'll Nibbiars Any one want to go under the scaple?. 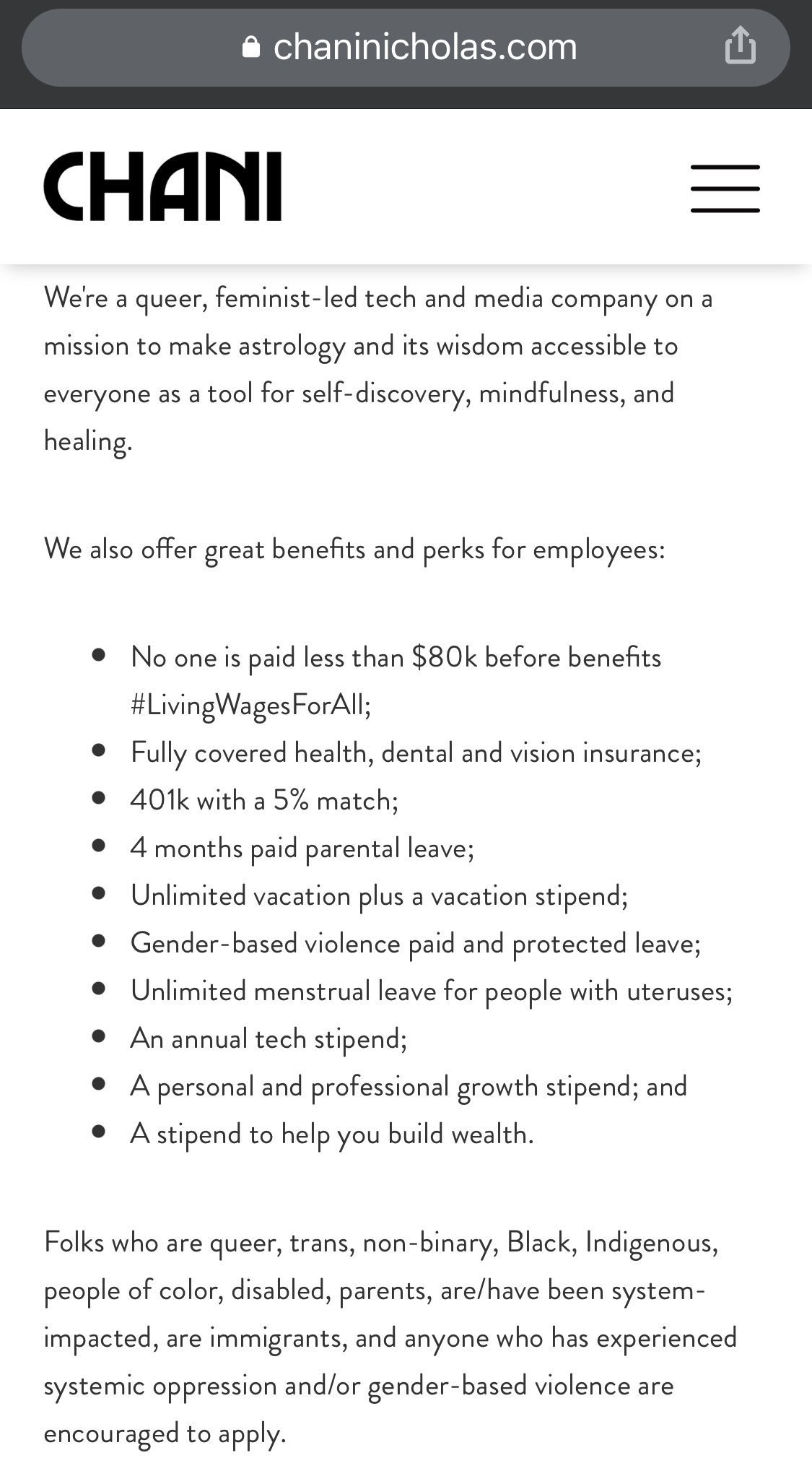 Charging Infra is under huge stress in developed world and here we are....unable to agree on standard charging port by OEM's

Ya'll Nibbiars The FAT completed for Tunnel Booster Fans.TBFs assist in ventilation of the tunnels.Manufactured by Kruger Industries,a Singapore based firm at Shahapur near Thane.

https://www.indianchemicalnews.com/...-and-battery-chemicals-icici-securities-14900
One of the few indian companies that is investing very deep into R&D and production of such specialized chemicals. Very few companies across the world are involved in such production
T

https://economictimes.indiatimes.co...-md-ishver-dholakiya/articleshow/94450681.cms
https://www.saurenergy.com/solar-en...ounces-entry-into-hjt-technology-2025-roadmap
These gujju companies are about to have a complete monopoly of solar manufacturing by 2025+ in India if all these investments materialize and will likely be the biggest production hub outside China. I think almost 70-80% of the proposed manufacturing capacity is concentrated in the state

go for bluedart if possible they are costly but they follow the best practices and they also employ a lot of veterans.
F

Suryavanshi said:
go for bluedart if possible they are costly but they follow the best practices and they also employ a lot of veterans.
Click to expand...