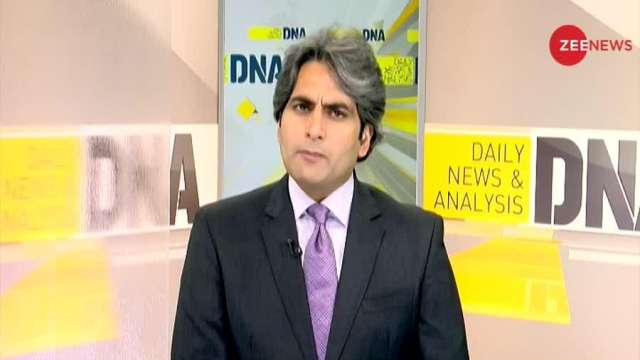 LaIllahaSigmar said:
Another pearl of wisdom from this guy.

Anyway, I got this vid recommended below while seeing above vid.

That second video is chinki propaganda. Comments section is filled with chinkies and supposed Indians who says they hate India and love china.

Ps. Dont watch the video. It will get recommended to more people.

I remember in old days one of my family friends got offer from his relatives living abroad. They offered him money to buy an AC Maruti 800 car so when they come from abroad they can also travel in an AC car. I thought the deal was amazing. The guy was basically getting a free car back when having AC 800 was a luxury status.

In my amusement the guy refused the offer and said he couldn't afford petrol for the car. The guy literally went to a petrol pump, asked for petrol price, came back and said no. Today's SUV generation would never understand those days.

i don't get how this is still largely flying under the radar. Vaidyanathan is an analyst on pgurus that i respect but i didn't agree with him when he said that this price hike doesn't affect consumers much and a lack of conspicuous outrage is evidence of it, especially when he was talking in the same video about increasing discretionary spending by doing more on the demand side. I'm beginning to think that he might be having a point when even the opposition seems to be mum about it.

Ya'll Nibbiars The figures are highly speculative. Don't take this seriously. Our economy even in PPP term increased 2 time in the 2010 to 2020. And don't think the Turkey will ever have a high growth even in the PPP terms to four fold in a deaced. And also for Indonesia to grow it's economy three times in a decade is highly impossible. And for Egypt well to grow at 6.5 times in a decade. This slide is a Meme.

Haldilal said:
Ya'll Nibbiars The figures are highly speculative. Don't take this seriously. Our economy even in PPP term increased 2 time in the 2010 to 2020. And don't think the Turkey will ever have a high growth even in the PPP terms to four fold in a deaced. And also for Indonesia to grow it's economy three times in a decade is highly impossible. And for Egypt well to grow at 6.5 times in a decade. This slide is a Meme.
Click to expand...

Ya'll Nibbiars The figures are only about the PPP. I will consider the Nominal figures more over the PPP figures anytime.

Haldilal said:
Ya'll Nibbiars The figures are only about the PPP. I will consider the Nominal figures more over the PPP figures anytime.
Click to expand...

Agree. PPP figures matter only when looking at the domestic side of things (how accurate, still questionable). And any dealing with the global market happens with the Nominal size. That's why countries like China have historically chased Forex(extensive mercantilism, keep the currency in control) and cooked GDP(pouring concrete, doling out loans). PPP is only to give the poor guys a whiff of relief in data.

Saw in Feb , nothing to say about anything in supposed development.
It's a army airstrip anyway

The central government is likely to exceed the budgeted tax collection target of Rs 22.2 trillion for the current fiscal year, led by better indirect tax mop-up, compliance measures, and recovery in most sectors following the second wave of the Covid pandemic. It, according to experts, may overshoot the target by Rs 2.5 trillion.


Personal income and corporate tax collections (net of refunds) grew 74 per cent to Rs 5.70 trillion in the first half of the current financial year, driven mainly by advance tax and TDS payments. The target for the current fiscal year is Rs 11.08 trillion; higher taxes are paid usually towards the end of a fiscal year.


The goods and services tax (GST) mop-up is expected to remain above the Rs 1.1 trillion-mark a month as the festive season is set to see an improvement in consumer spending. Besides, a sharp increase in duty on petrol and diesel continued to keep excise revenue on an upswing


According to him, companies, so far, have paid taxes cautiously amid uncertainties around the third Covid wave, but since vaccination is proceeding rapidly and is set to cover the entire adult population by December, the impact wouldn’t be as severe as the second wave.


But, the monthly GST collection is expected to touch the Rs 1.5-trillion mark, on a regular basis, only in the next fiscal year, he added.


Economists, too, see tax revenue overshooting the BE for FY22. Soumya Kanti Ghosh, group chief economic adviser, State Bank of India, said: “According to our estimates, the revenue collection for the fiscal year would surpass the FY22 budgetary target by up to Rs 2.5 trillion, taking total collection to over Rs 24 trillion. This is mainly due to tax buoyancy in both direct and indirect tax collections.”


Among indirect taxes, the average monthly gross GST collection, including Central GST, State GST, and compensation cess, for the second quarter this year was Rs 1.15 trillion, which was 5 per cent higher than Rs 1.10 trillion in the first quarter.


Besides economic recovery, measures against anti-evasion activities, especially action against fake billers, have been contributing to enhanced GST collection.


Meanwhile, the central excise duty collection has already touched Rs 1.37 trillion (until August) in FY22 – growth of 37 per cent over Rs 1 trillion collected by the Centre in the first five months of FY21 through excise duty. 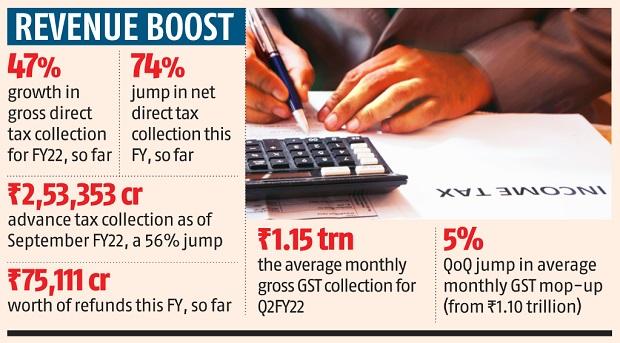 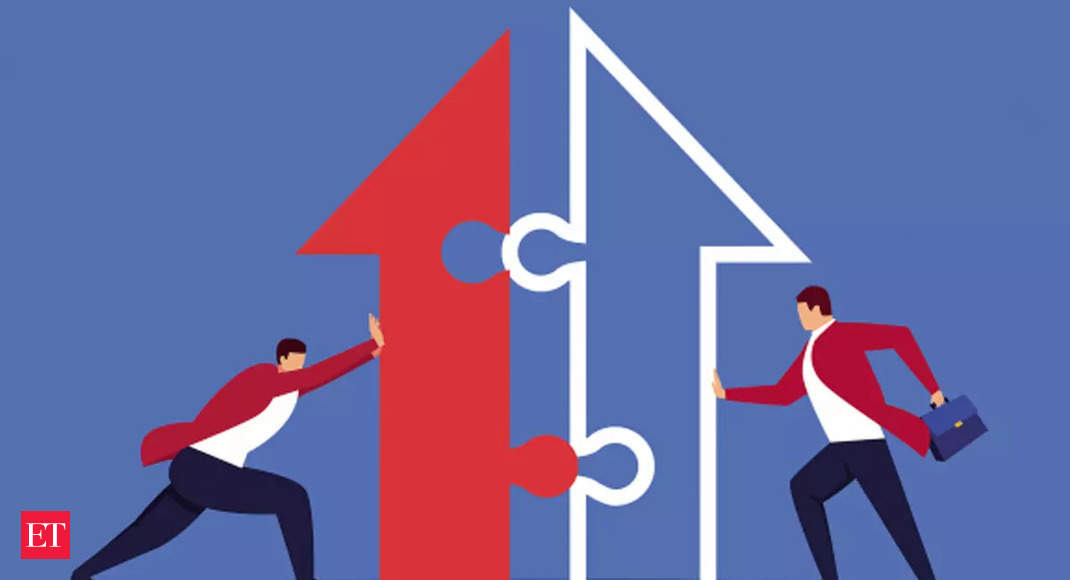 The government is in no mood to cut the taxes to reduce prices. In fact, my guesstimate is, they will take Diesel much above 110 to shatter the psychological 100 number and likely settle it around the 120 mark similar percentage increase for petrol. This way, people will stop expecting can be called a dream also it to come under 100 any time soon. 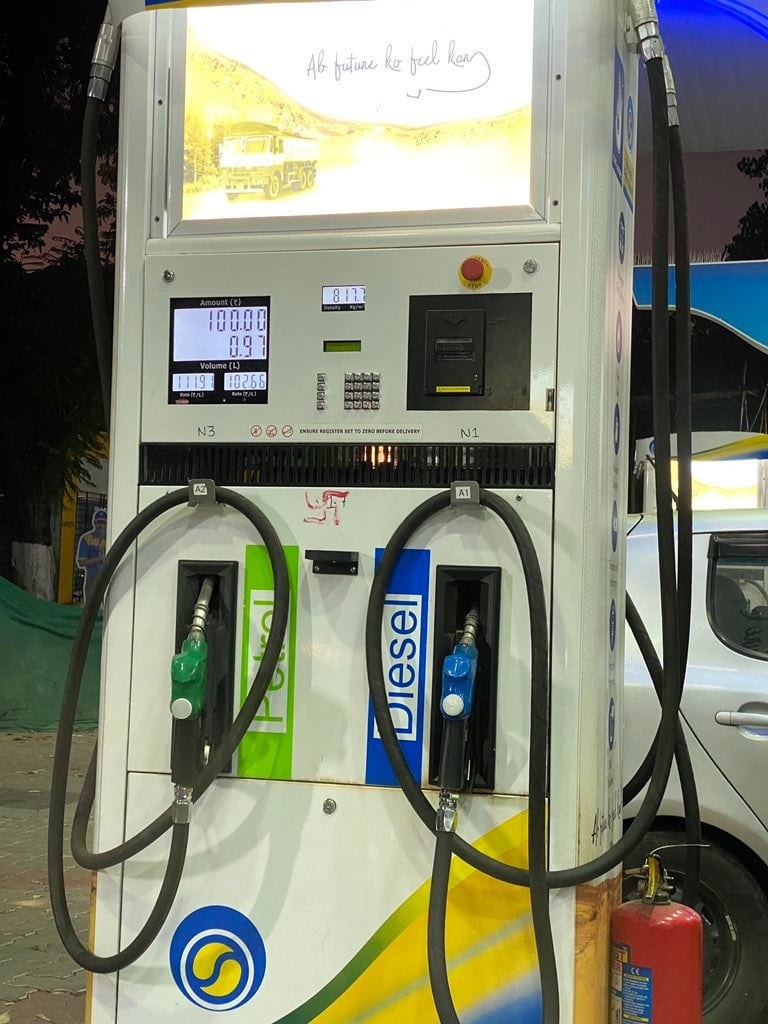 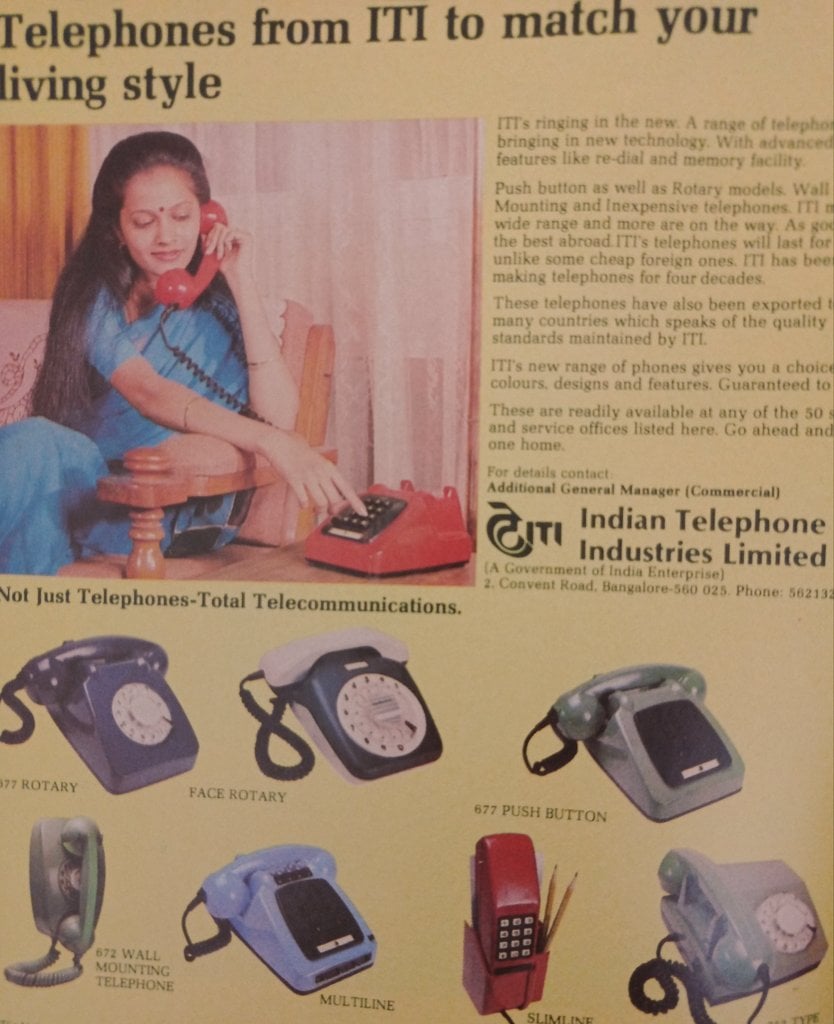 Ahh.. the good old bakelite phones. You could break someone's head with those things.

Ya'll Nibbiars 1951, Donation Drive In America to Buy Wheat For India. The America used to throw wheat in the oceans to maintain price. 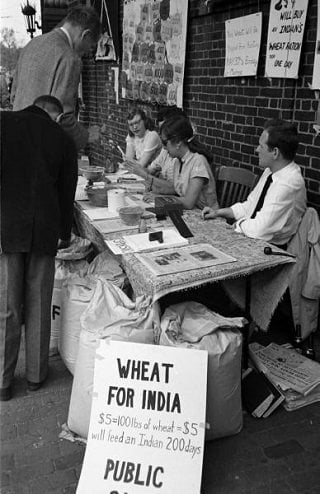 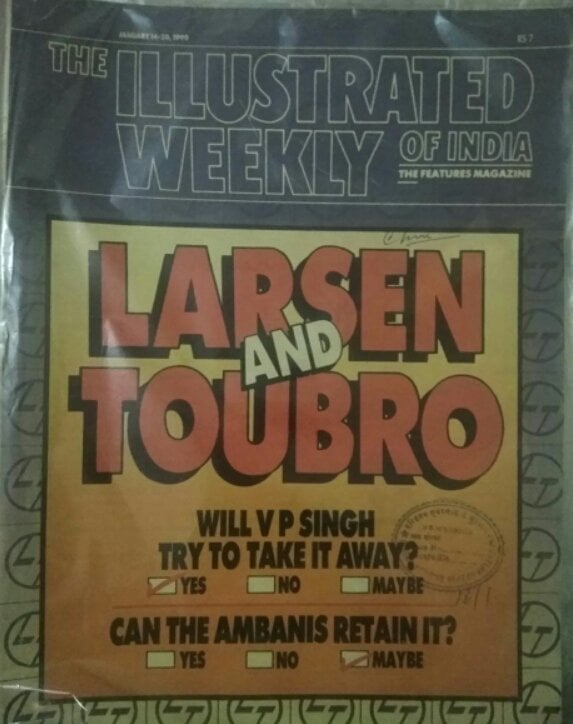