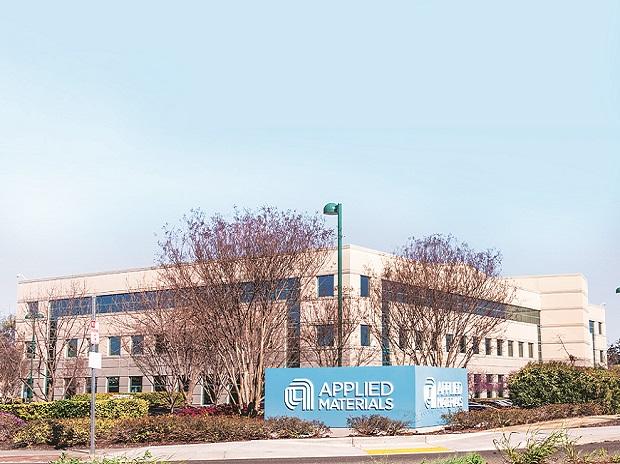 US semiconductor maker Applied Materials in talks with Indian govt

Company could help with government's desire to have a semiconductor industry.

This is huge if true. I hope we get this through.
S

warriorextreme said:
This is huge if true. I hope we get this through.
Click to expand...

warriorextreme said:
This is huge if true. I hope we get this through.
Click to expand...

Usually these types of businesses have highly automated production and need big brained employees with specializations.

The government there is doing a good job but the problem is Bihar is still dead last in all social and economic indicators so people gloss over the economic growth
Click to expand...

This area should be declared Special Economic Zone (SEZ)
S

Crazywithmath said:
Gosh! The amount of self hatred a bunch of Indians are showing in the comment section is mind boggling! Some are still stuck with the fact that Bangladesh only temporarily surpassed India on nominal GDP per capita (anomalous economic trend due to covid-19 and non-permanent by nature) which is no longer the case as per most recent IMF stats. Others are predicting that India will do even worse than Pakistan, XD.
Anyways, to talk facts, A lot of these African nations cannot even count their population properly. Some even rely on estimates rather than doing a detailed census! Nigeria, Somalia are ravaged by civil wars and tensions between various groups. Ethiopia is extremely unstable. Africa does not mean South Africa and Morocco only, my goodness! At this point a lot of African nations are literally drowning in debt. Chinese debt traps are killing them slowly. Even the much touted Rwanda, the so-called Singapore of Africa is an absolutely poor nation.
Anyways, Couptaji back with his agenda again. Don't get me wrong he tries really hard to monkey-balance and make factual videos but the point is why make videos on topics he himself has no idea about?
Click to expand...

sauntheninja said:
I watched the video and it was terrible he didn't get into the topic till the last five minutes of the video most of the video was spent asking people to subscribe to their newspaper and other half was filled with terrible anologies. In this video he specifically mentioned two states bihar and up and compared their per capita incomes to African countries which is a useless metric because both states are growing faster and those two states are a part of india why take them as separate countries
Click to expand...

Just ended up watching it. Didn't expect it from Shekhar Gupta. 10 mein se zero number. Entire video was full clueless tantrums.
Except of Seychelles and Mauritius (which themselves are Indian settlements), no sub-Saharan country has been doing any better than any region in world, not even Pakistan, Yemen and Afghanistan.
Even those few with higher GDP/capita and HDI have actually holes in it (since that's strictly natural resources). Their income inequality is high enough that they lose 40% in IHDI (includes African superpower South Africa) and poverty ratios of over 30%-50%, GDP growth and population growths matching, in fact GDP growing because of population.

Africa isn't going to be a thing in world till it has stable political systems and invests in buildings institutions and intellegentsia. There isn't in sight for now.

Chandragupt Maurya said:
You cannot put Bangladesh and Pakistan in same category Bangladesh is much better than Pakistan on all parameters
Click to expand...

sauntheninja said:
Or maybe start a trading zone that helps each country having dangerous countries as your neighbors will mean there will never be stability in the region which can hurt investments it would be in our best interest to develop south asia rather than do it all alone
Click to expand...

India accounts for 80% of South Asian economy and accordingly in area and population too. So, it really doesn't matter. India's largest trade partners live in Europe and east Asia and not in neighborhood.

Bhumihar said:
Also "British made this/British, Portuguese made that". They didn't make infra out of love for us Pajeets
when goras made infra they had their Gora children in mind, Gora children sitting in their exuisite infra and whipping the shit out of brown coolies like t90.
They genuinely believed they will rule over us forever.
All the beautiful British infra u see today was made by plundering poor folks in Rural area, taxing them to oblivion and ustislising slave labour.
Click to expand...

t 90s said:
Of course they didn't lol. I was just admiring the architecture & proper urban planning. India can have architecture of both world. Britain, Portugal, france is part of Indian history, just like mughals, sultanate & countless other foreign power which rule this land etc.
Click to expand...

There is no significance of British infrastructure beyond RSA.
Most of top institutions and modern infra-cities were either built after independence left or were reformed and re-staffed with Indians after British left.
DPSUs, IITs, AIIMS, IISERs, IISCs, modern network of large railways, metros and roads and private-ecosystems are a product of governments of India post-independence.

FalconSlayers said:
Porkies have no future, leave them, they plan to have their own satelite launch vehicle only by 2040 under their SUPARCO 2040 Plan, meanwhile ISRO thread discussed what all alien tech is ISRO working on to be completed before 2030 imagine ISRO 2040, lol. And SUPARCO will only have a small satelite launch vehicle which is a joke tbh.
Click to expand...

SUPARCO doesn't have any launch vehicle program. 2040 vision is to have a constellation of 6 communication satellites.

Life expectancy depends upon living standards and working hours and retirement age of people in life, what's their food and air quality.

Indians are underweight and lack protein (hence live short) because of vegetarian factor (30% of population).

Indians are underweight and lack protein (hence live short) because of vegetarian factor (30% of population).
Click to expand...

living beyond 65 is nothing but pain , suffering & medical cost for the current young generation.

Our previous generation and the one before were healthy people, not the current generation.
S

ezsasa said:
living beyond 65 is nothing but pain , suffering & medical cost for the current young generation.

Our previous generation and the one before were healthy people, not the current generation.
Click to expand...

@Indx TechStyle i am not talking about building new architecture not in sync with indian one. I am talking about reviving old Cities which were built that way. a mix of old & new.

JUST IN: Brent crude oil prices reach $72.85, the highest in over two years.

I know, there are very few companies that make such machines. As per 2017 stats "Applied Materials" was a leader in sale of such machines.

warriorextreme said:
I know, there are very few companies that make such machines. As per 2017 stats "Applied Materials" was a leader in sale of such machines.

I thought ASML was the market leader.
Maybe in the most extreme process node ASML leads but over all considering all kind of semi conductors, AM is leader.

SKC said:
I thought ASML was the market leader.
Maybe in the most extreme process node ASML leads but over all considering all kind of semi conductors, AM is leader.
Click to expand...

It is to fight chip shortage, by supply of components, and later chips themselves, GoI should not let this oppurtunity be missed.
You must log in or register to reply here.
Similar threads
Indian Economy - Good Riddance to Pranab Mukherjee
Growth of Indian Economy as per the World Economic Situation&Prospects 2018 report of United Nations
Tracking Indian Economy till general elections 2019
Indian economy poses major challenges: Chinese think tank
Share:
Facebook Twitter Reddit WhatsApp Link