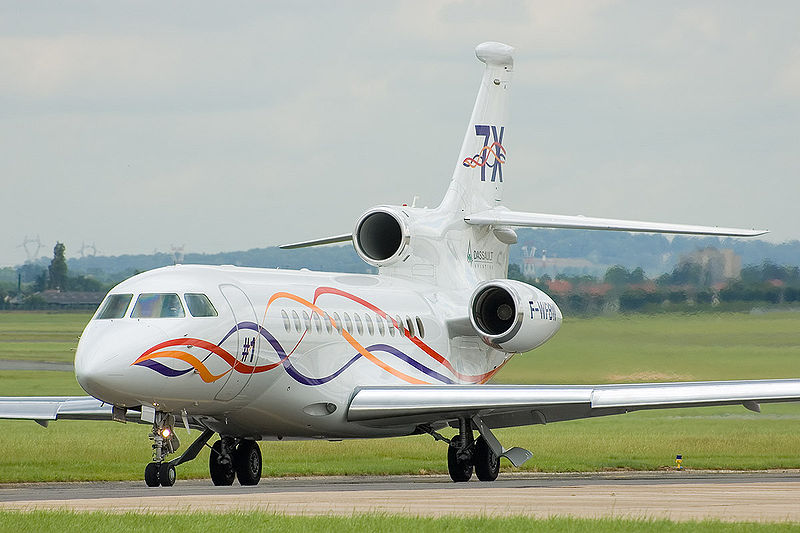 Saint-Cloud, France - The first machine will be delivered next January(WAPA) - Dassault Falcon has received Type Certification for the Falcon 7X from the Director General of Civil Aviation (DGCA) in India. This event confirms that the Falcon 7X meets all the rigorous safety standards outlined by the country’s national airworthiness authorities and allows registration of the Falcon 7X in India. The first Falcon 7X in India will be delivered in January 2010 to Religare Voyages Limited, a charter company based in New Delhi. This organization is also part of a multi-billion dollar group with a global focus in financial services, diagnostics, health & wellness, and IT services. Religare Voyages currently operates a Falcon 2000 as well as several smaller jets and turboprops. Their Falcon 7X will join over a dozen Falcon 2000 and 900 models currently operating in India with certificates.

A dozen additional large cabin aircraft are currently on order for customers in India. The performance of the Falcons are especially valued here where short airfields, elevated runways, and high temperatures are common. To bolster support for the growing fleet, Dassault has established a spares center and customer service team in Mumbai, as well as a liaison office in Delhi. Two service centers approved by Indian DGCA are located in Mumbai.

“India has become one of our strongest markets over the past several years, so the Falcon 7X type certification is of particular significance", said John Rosanvallon, President and CEO of Dassault Falcon.

The Falcon 7X is the first and only business jet to incorporate a digital flight control system which provides greater operational safety and a smoother flight. The aircraft also comes standard with the award-winning EASy flight deck, designed to reduce pilot workload and improve pilot interaction through enhanced situational awareness in the cockpit.

Announced at the "Paris Air Show" in 2001, the Falcon 7X was the first large cabin jet to be simultaneously certified by the European Aviation Safety Agency (EASA) and Federal Aviation Administration (FAA) on April 27, 2007. It is powered by three highly reliable and efficient Pratt & Whitney Canada PW307A engines which help to give the Falcon 7X greater airport performance and increased peace of mind during long flights over water. The Falcon 7X also has a 15-30 per cent fuel efficiency advantage over other aircraft in the large cabin, long range class. With a range of 5,950 nm (eight passengers, M.80 with NBAA IFR reserves), the aircraft can comfortably connect 95 per cent of the commonly used business aviation city pairs worldwide. (Avionews)