Indian brands in the Americas

Maharaj skandgupta said:
Kindly give the link
Click to expand...

Latin America the impact of the Spanish empire in modern times

CP-30 rocket launcher from Argentina In Salinas del Bebedero, Province of San Luis, the technical-operational evaluation of the CP - 30 Multiple Launcher System was carried out. Specialists from the Institute of Scientific and Technical Research for Defense (CITEDEF) participated in this...

later i make a thread about it, but i posted some information in the last 2 pages

León, Gto on June 15, 2021.- The Institute of Innovation, Science and Entrepreneurship for Competitiveness for the State of Guanajuato (IDEAGTO) signed a Memorandum of Understanding with India México Business Chamber A.C. Said formal act has the objective of Strengthening the Innovation Ecosystem; promote the culture and dynamization of Startups; the transfer of technology and knowledge for competitiveness with the aspiration of further strengthening friendly relations with India, as well as involving and promoting technical cooperation by sharing the experience and knowledge of Indian development in the aforementioned areas. Antonio Reus Montaño, General Director of IDEAGTO mentioned that the same language is spoken between India and Mexico, which is that of innovation and therefore bridges can be built, but it is necessary to recognize the resources available and share them. "Technology allows us to collaborate with each other, regardless of where you are, so today this agreement is made with India" said Reus Montaño For his part, the President of the IT Subcommittee of India-México Business A.C., Pablo Gallegos Herrera, stated that they will work for greater cooperation in the search for synergies and solutions in the Information Technology sector. He added that India's success is due to various factors such as academic sector innovation and research, business determination, institutional support, among others. Currently approximately 18 Indian IT companies are established in Mexico, with a presence in states such as Mexico City, Jalisco, Nuevo León, Querétaro, Coahuila and Aguascalientes, thus generating 25 thousand jobs. The signing of this Memorandum of Understanding contributes to improving future bilateral cooperation, as well as mutual social and economic development through the possible participation of the private sector. Juhi Rai, Trade and Economic Representative of the Embassy of India in Mexico and Amparo Kushelevich, general administrator India-Mexico Business Chamber also attended this formal ceremony. 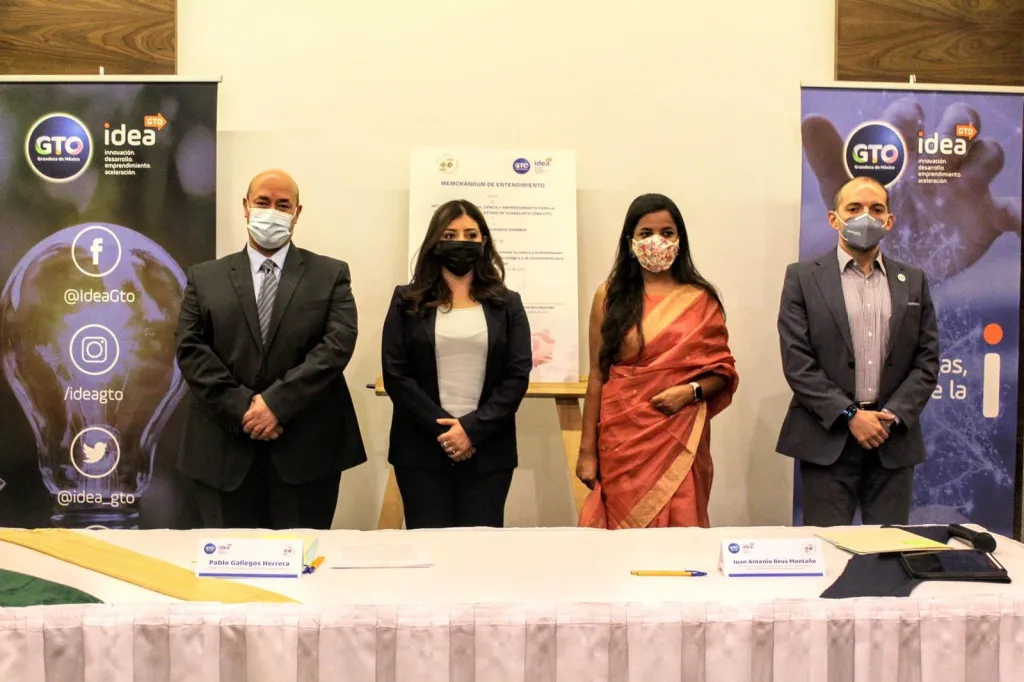 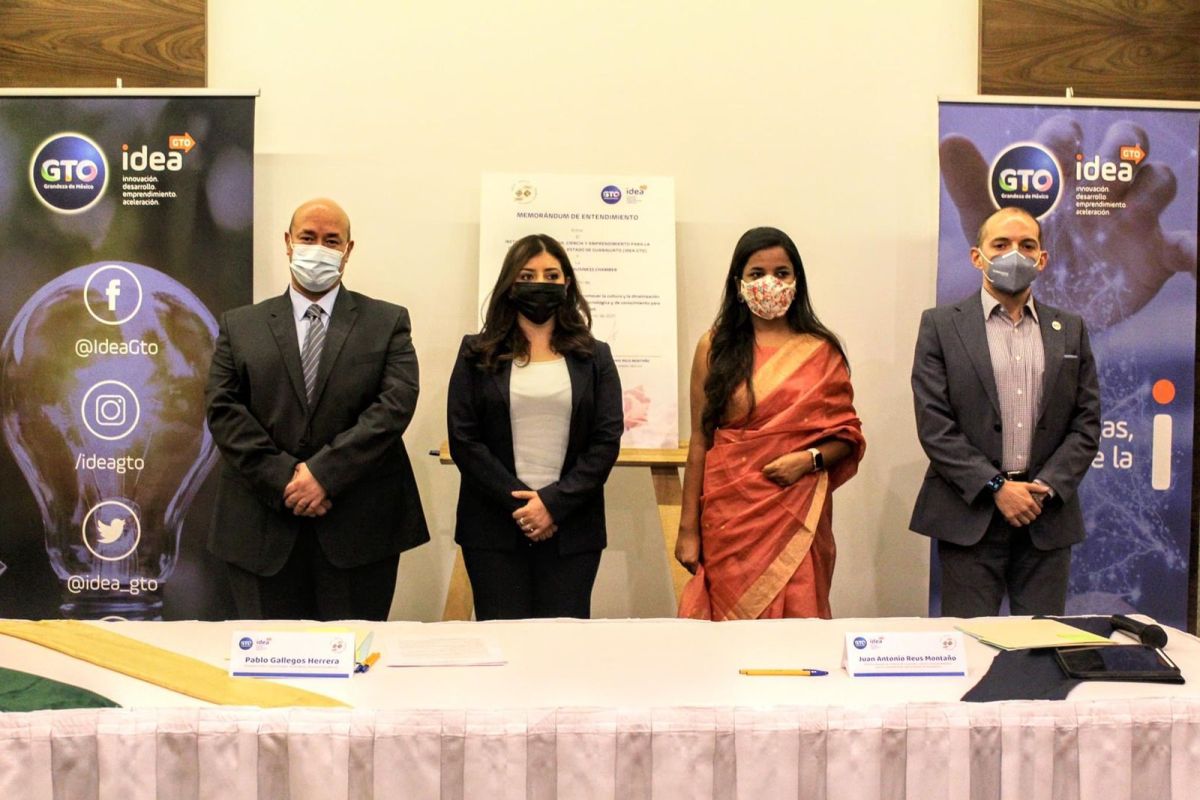 Hero MotoCorp arrives in Mexico from the hand of Italika from Grupo Salinas
Hero MotoCorp will enter the Mexican market with a portfolio of nine products designed and assembled in India and Germany. The Indian motorcycle manufacturer Hero MotoCorp announced its arrival in the Mexican market at the hands of Grupo Salinas, of Ricardo Salinas Pliego, through a distribution agreement with the Italika brand. Hero MotoCorp's entry will be with a portfolio of nine products designed and assembled in India and Germany, including 100 cubic centimeter (cc) work lines, 125cc street, 150cc and 160cc premium, on-off segments and scooters. Pawan Munjal, President and CEO of Hero MotoCorp, commented “With Hero's global experience and technological prowess and Grupo Salinas' local market knowledge, we are aiming for a rapid expansion of the Hero brand here over the next three years. "We will bring products that adapt to all market segments, thus offering a wide range of options for customers in Mexico." Manuel Gómez Palacio, general director of Italika, indicated that the union of the two leading companies in the segment will allow them to offer more and better options for their clients and he trusted that the Mexican market will receive them in a positive way ”. We recommend: https://www.milenio.com/negocios/hero-motocorp-llega-mexico-mano-italika-grupo-salinas

A month after the head of government of Mexico City, Claudia Sheinbaum, met with entrepreneurs from the Baja California Aerospace Cluster, the local Secretary of Economic Development, Fadlala Akabani Hneide, revealed in an interview with Forbes Mexico that there are three companies interested in investing close to 12,000 million pesos in the industrial zone of Vallejo, where Pantaco, the most important dry port in Latin America, is located.

Akabani Hneide explained that this month the three companies will visit the industrial zone of Vallejo.


“Three companies are coming, one of them is foreign, it is an Indian company established in Los Angeles that manufactures many things for Virgin Mobile. They are very interested in having part of their value chain in Vallejo”, she said.

The other two are Mexican companies that belong to the Baja California Aerospace Cluster, with which Sheinbaum began contact in November of last year.

The two Mexican companies, indicated the Secretary of Economic Development, "are in Baja California and are part of the value chain in the United States, but they are very interested in participating in the value chain of the Mexican aerospace industry and from Pantaco exporting parts to the whole world”, taking advantage of the fact that the dry port of the capital has a connection with Asia and Europe through the ports of Lázaro Cárdenas and Veracruz.

"We are talking about 12,000 million pesos of investment between the three," revealed Akabani Hneide.

Her presence in the Vallejo industrial zone would focus on planning, design, training, logistics and manufacturing of light products for the country's aerospace industry.

“Vallejo's great virtue is Pantaco because they connect with China from Lázaro Cárdenas and with Europe from Veracruz. Pantaco is a great opportunity”, she pointed out.

The aerospace industry in Mexico generated exports in 2019, prior to the pandemic, for 9.7 billion dollars and imports for 7 billion dollars, with a surplus of 2.5 billion dollars. However, generating more highly specialized training would make it possible to reduce the amount of imports and thus obtain greater added value in the industry.

According to the Mexican Federation of the Aerospace Industry (FMIA), this sector is the most dynamic in the country with sustained growth of 14% per year over the last 15 years. It is made up of more than 350 companies that generate 60,000 jobs in 19 entities in the country, and the sector ranks seventh in exports to the United States.

The Secretary of Economic Development stressed that the aerospace industry “is the business of the future, there will be delivery of merchandise in hours, neither by plane nor by ship. There will be transit aerospace rockets to speed up the entire production chain. The aerospace industry, which is the distribution industry of the future, is going to continue advancing”.
More about this source textSource text required for additional translation information
Send feedback
Side panels 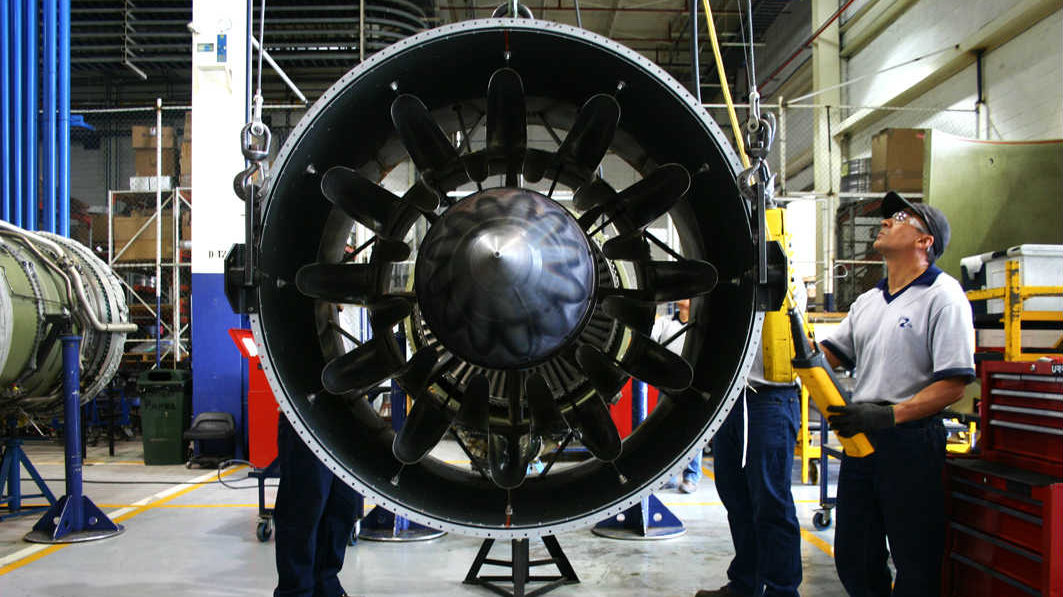