A occultist beheaded a five-year-old boy in a ritual sacrifice in northeastern India before being lynched by angry villagers, police and relatives said on Friday.

The father of the decapitated youngster said his son, Sanatan Bag, had been enticed into the home of Nanu Mirdha who then butchered him as an offering to the Hindu goddess of power, Kali, in front of a makeshift temple.

"Sanatan was lured with chocolates by the sorcerer Nanu Mirdha to a temple where he sacrificed him by beheading him in front of the altar," Sajan Bag told local television channels in the state of Assam.


After Sanatan's body was found in a pool of blood on Thursday night, villagers then turned on and killed Mirdha, according to the police chief for Assam's Sonitpur district.

"We are investigating if it was a pure case of occult practice or personal rivalry that led to the incident," said Sajukta Parasar.

While the overwhelming majority of Indians practice mainstream religions, there are occasional reports of human sacrifices in rural areas such as the remote and impoverished northeast of the country. 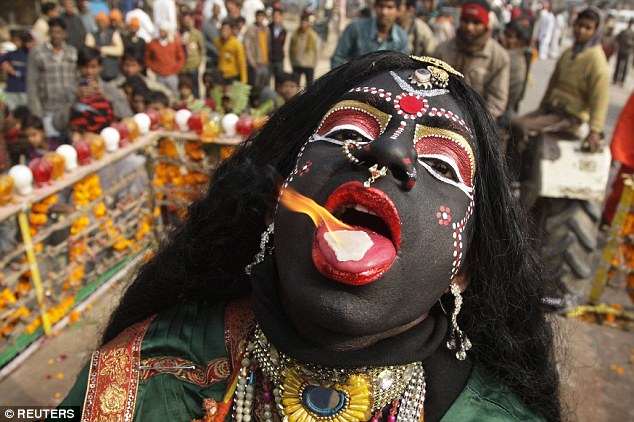 This isn't a "bitch on Hindus" website. Thread closed. Next such threads will earn infractions until you're banned.