WolfPack86 said:
Defense Ministry Decides Not To Reorder American SIG716 Assault Rifles
Due to various ‘snags’ that had surfaced with earlier imports of an equal number of similar weapon systems a year before, India’s Ministry of Defence (MoD) has decided against signing the Rs 700-crore repeat order it approved in late 2020 for 72,400 ‘Patrol’ Sig Sauer assault rifles from the US for its military.

Following several “operational glitches” that surfaced soon after they were issued to Indian Army units deployed along the Line of Control in Kashmir and on counter-insurgency operations in the region from December 2019 onwards, official sources told The Wire that the supplementary procurement of SIG716 7.6251 mm rifles had been abandoned.

According to industry officials, the SIG716 rifles had “operational flaws” such as “jamming” while shooting locally produced 7.62 mm cartridges, which were not as effective as imported ammunition, which had been procured in limited quantities but had since been consumed.

When shot, these indigenous ammunition are said to have caused “barrel bulges” in several guns, rendering them useless. These bulges developed after a cartridge failed to exit the rifle after shooting, allowing the subsequent round to build up immense pressure due to the confined air inside the barrel, causing it to bulge, shatter, or even explode entirely.

Burst-mode firing allowed the shooter to fire a predetermined number of rounds – usually two or three – at a target with a single pull of the trigger on a semi-automatic handgun like the SIG716, for example.

Additionally, local changes to the SIG76 rifles were reportedly required, such as changing the grip to provide a tighter grip by putting a ‘wooden handle’ under the 457.2 m long barrel, similar to the innovation the army had previously implemented on AK-47s.

According to recent media reports, certain army units have modified SIG716s with these ‘grips,’ as well as bipods, to provide the rifle more stability against canting. The trajectory of the bullet can be affected by a ‘cant mistake.’

Above all, the rifles lacked optical day, night, holographic, and even basic LED-powered reflex’red-dot’ sights, as the MoD had decided against acquiring these critical auxiliary add-ons, which are essential for precisely aligning targets in conflict zones at ranges ranging from 100m to 700m, based on IA advice.

In skirmish regions, for example, the latter battery-operated sight provides users with a ‘point of aim’ in the shape of an illuminated red dot, a phenomena often seen in action movies; their absence rendered the user fully or partially blind.

Furthermore, without any of these sights to establish a virtual image of the desired target, the shooter was forced to close one eye to make his target, robbing him of vital peripheral vision that may mean the difference between life and death on the battlefield.

The day and night sights, on the other hand, were more advanced and, depending on their magnifications and sophistication, more expensive to import, costing upwards of Rs 50,000 each, for which the MoD had obviated their procurement. It had previously reasoned that indigenous replacements were less expensive.

Several local manufacturers have displayed several sights for eventual attachment onto the SIG716s at the Army War College in Mhow, Madhya Pradesh, in recent months, some of which were under examination and awaited shortlisting to make the rifles operationally more effective.

The IA and the MoD declined to comment on the SIG716s, but many in the military were dissatisfied with the import.

“It is outrageous that a new weapon system acquired at significant cost required to be locally modified before being fully deployed,” a senior IA officer remarked, “because these purchases were processed by an empowered MoD committee headed by a senior military officer.”

It exposed not only errors in the army’s qualitative requirement (QR) formulations for the rifle, but also in the MoD’s entire acquisition procedures, he said, declining to be identified because of the sensitivity of the subject.

The worst aspect, according to another procurement officer, is that no one will ever be held accountable for the blunder. “Acquisitions through MoD empowered committees tended to short-circuit established procedures, resulting in procurement flaws that, in turn, harmed operational efficiency,” he said, asking anonymity.

Over the years, successive parliamentary defence committees and oversight groups such as the Comptroller and Auditor General have chastised the IA’s QR gaffes, leading in a slew of purchases being cancelled or committed, like spacecraft, to indefinite motion, jeopardising force modernization.

For example, in early 2012, Parliament’s Standing Defence on Defence revealed that 41 of the army’s tenders for various equipment had been withdrawn or discontinued in the previous 18 months, primarily due to ‘over ambitious’ QRs.

To emphasise this point, Manohar Parrikar, the late Indian defence minister, said in 2015 at a public occasion in New Delhi that some of the Indian military’s QRs were straight out of “Marvel comic books” and thus unrealistic.

Former defence minister Nirmala Sitharaman approved the purchase of the Sig Sauer gun in late January 2019, after the US company’s proposal was the lowest of three competing suppliers for the deal. Sig Sauer had bid $ 990 each SIG716—each weighing 4.2 kg with a range of roughly 600 metres and a magazine capacity of 20 rounds—while rival Abu Dhabi’s Caracal International had priced its CAR817 rifle at $1,200 per piece, and Israel Weapon Industries had bid $1600 per ACE1 model.

The SIG716s were provided within the specified term of 12 months, in compliance with FTP regulations, under which the tender was concluded.The procurement of an additional 72,400 SIG 716s was approved by the Ministry of Defense in late September 2020.

The SIG716s were designed to be a “stop gap” replacement for the INSAS 5.56x45mm rifles that entered IA service in the mid-1990s, but were deemed “operationally deficient” by the agency in early 2010 for a variety of reasons.

Incredibly, the IA’s Infantry Directorate required them to shift from 5.56x45mm to 7.62x51mm by just replacing their barrel and magazine in their submission for the projected multi-calibre assault weapons. The tender was cancelled in 2015 when all four competing providers were unable to meet the IA’s QRs.

Following that, the MoD tried the ‘Atmanirbhar’ or indigenous route to meet its rifle needs, but the IA rejected the Excalibur 5.56x45mm rifle, which was little more than an upgrade of the INSAS model developed locally by the then state-owned Ordnance Factory Board, leaving the MoD with no choice but to rely on imports.

After addressing several problems ailing the tender since 2019, the MoD sealed a Rs 5,124 crore deal with Russia to license-build 6,71,000 Kalashnikov AK-203 assault weapons at Korwa near Amethi in Uttar Pradesh, mostly for the IA, but also for the IAF, IN, and paramilitaries.

The contract involved the direct import of 20,000 AK-203 rifles with collapsible stocks from Russia for the IA for $1100 each, as part of a bilateral Inter-Governmental Agreement.

However, the Ak-203 contract, which was supposed to start production in March 2022, is still in jeopardy, thanks to US-led sanctions placed on Russia for its invasion of Ukraine two months agfficial sources believe the agreement will be postponed indefinitely, if not completely abandoned.

In a separate step, the Ministry of Defence added assault weapons to a list of 310 military products that India will no longer import and instead obtain domestically. 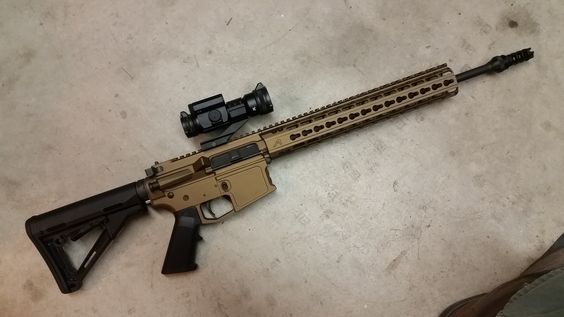 India's Ministry of Defence (MoD) has decided against signing the Rs 700-crore repeat order of SIG Sauer assault rifles from the US.

India cancels repeat order for 72,400 US assault rifles due to operational problems
The Defence Ministry has cancelled repeat order for purchase of 72,400 ‘Patrol’ Sig Sauer assault rifles from the US for its Armed Forces. Now, the government will look to purchase similar rifles through ‘Make in India’ initiative which is being promoted to give boost to domestic defence industries, said Ministry sources.

India cancels repeat order for 72,400 US assault rifles due to operational problems 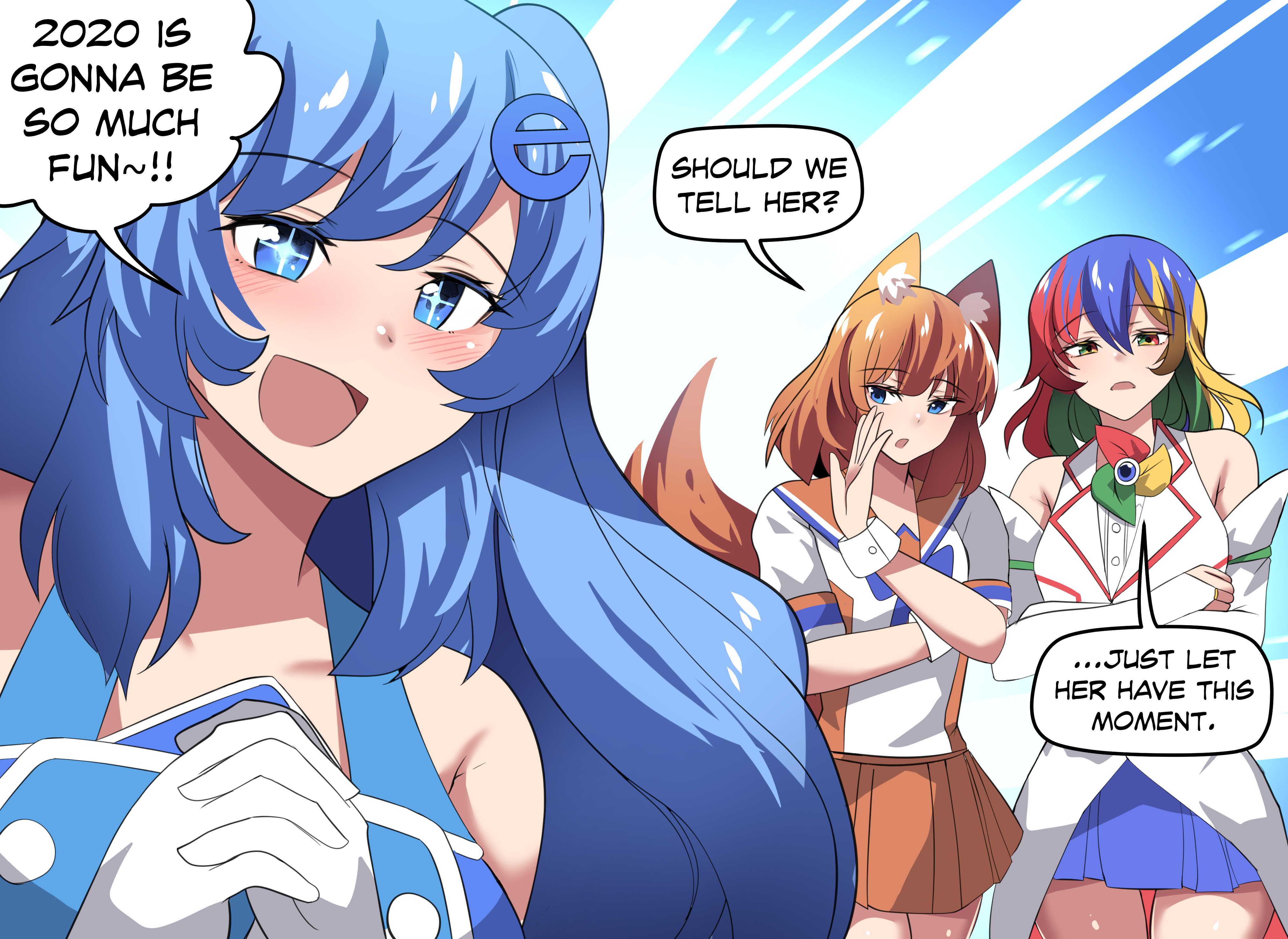 prod user of internet explorer
You must log in or register to reply here.
Similar threads
JVPC inducted in to Indian army
Indian Army Considering to buy HIMARS MLRS for Ladakh region against China
Indian Army To Induct Excalibur Assault Rifles till the time a new rifle joins the force.
The Indian Army Received a Consignment of 800 US Made M60E6 LMGs this Month.
Share:
Facebook Twitter Reddit WhatsApp Link