S.A.T.A said:
Talageri's analysis of the Rg veda mandalas and their relative chronology depends on whether you accept his rearrangement of the 10 mandalas. Of course his argument is correct that the traditional arrangement of the mandalas(1-10) was not based on any chronology and probably he is the first person, in recent years, to have made an attempt to study the texts chronology.

However you must refer to the objections raised by Prof witzel, especially on his reliance on vedic Index list (Anukramanis which are considered a later addition), to arrive at his chronology.
Click to expand...

Can't agree more! Yes, Witzel got his points but Talageri trying to build a chronology based on Sudas's exploits and his relation vis-a-vis Vishwamithra and Vasistha is somewhat interesting, unique and a first in d domain.
Also,I didn't understand shit for a sec when he claimed Bhrigus an Iranian stock per se,who were later added to Vedic lineage.

Sandeep0159 said:
Can't agree more! Yes, Witzel got his points but Talageri trying to build a chronology based on Sudas's exploits and his relation vis-a-vis Vishwamithra and Vasistha is somewhat interesting, unique and a first in d domain.
Also,I didn't understand shit for a sec when he claimed Bhrigus an Iranian stock per se,who were later added to Vedic lineage.
Click to expand...

The main impetus behind Talageri's analysis of the Rgveda was to dispute Witzel's west to east movement of the early Indo-Aryans. As per Talageri's arrangement of the mandalas, the Indo-Aryans of the earliest mandalas were based in Punjab/Haryana region and then gradually moved westward in the later mandalas.

Here he is trying to recruit a already extant scholarly view which postulates that the "Brghu" clan of rishis joined mainstream vedic clans, much later(perhaps even introduced the ritual of fire and soma worship). Remember "Sukracharya" the chief priest of the Asuras, was also of the Brghu clan. Scholars often associate the vedic /puranic Asuras to the Avestan tradition. Here Talageri contends that the introduction of Brghus into the Vedic system is consistent with his east to west movement of Indo-Aryans from eastern Punjab to western Punjab /south Afghanistan.

Purana Qilla may have been the site of Mahabharata’s Indraprastha: ASI to carry out another round of excavations
Along with Purana Qila, eight other heritage sites in Jharkhand, Rajasthan, Gujarat, Andhra, Madhya Pradesh and Haryana were given the final nod for re-excavation on November 1.
OpIndia Staff 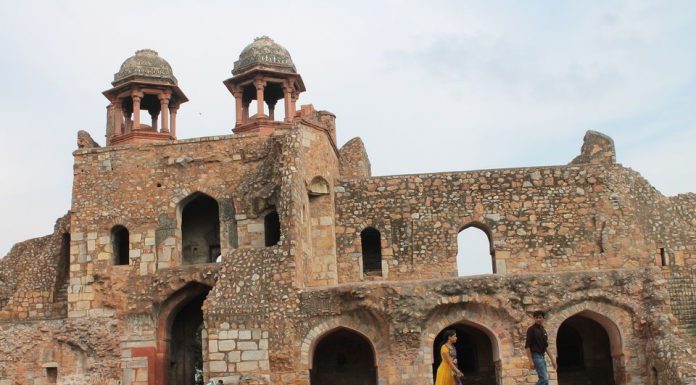 The Archaeological Survey of India has been granted permission to excavate at the fort of Purana Qila in its bid to unearth hidden artefacts beneath the historical site, as per a report in the New Indian Express. Along with Purana Qila, eight other heritage sites in Jharkhand, Rajasthan, Gujarat, Andhra, Madhya Pradesh and Haryana were given the final nod for re-excavation on November 1.

According to an official, the decision for excavation has been taken and budget allotted to carry out the digging. he further added that the site to be dug is yet to be marked following which it may take 4 to 6 weeks for the work to start on the ground. The official confirmed that the fresh excavation would be done at a different location from the previous one.

The ASI believes that a village named Indrapat existed at the site until 1913, which is the direct descendant of Mahabharata’s ‘Indraprastha’, founded by the Pandavas as their capital.

Purana Qilla, the 16th-century fort, was built by Pashtun ruler Sher Shah Suri and second Mughal emperor Humayun. The fort is standing on a site with thousands of years of history. The ASI has already carried out excavation works inside the fort and its premises three times in the past. Twice by noted archaeologist BB Lal (1954 and 1969) and once under the supervision of Vasant Kumar Swarnkar.

Swarnakar had stated to The Indian Express last year that the Purana Qilla site is a place which has cultural deposits from last 2500 years under various layers.

The digging had found out Artefacts such as sickles, parers, terracotta toys, kiln-burnt bricks and painted grey bowls and dishes belonging to the pre-Mauryan period of the third century BC and are displayed at the Archaeological Museum inside the fort complex.

The findings and artefacts unearthed in the excavations comprise painted grey ware, belonging to 1500 BC, and earthen pottery articles from Maurya to Shunga, Kushana, Gupta, Rajput, Sultanates and Mughal periods.

Shivling was found while excavating in village Sawangi-Harsul, Aurangabad(MH) on 24-06-2020. 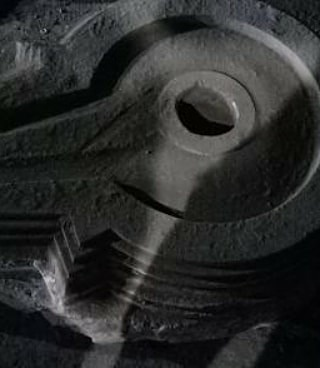 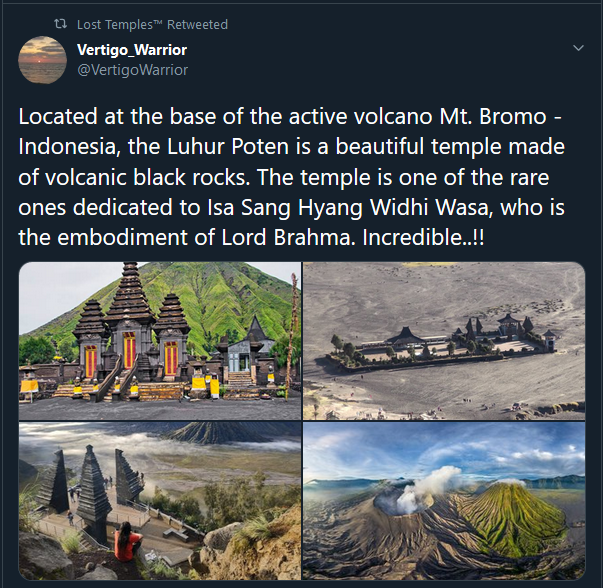 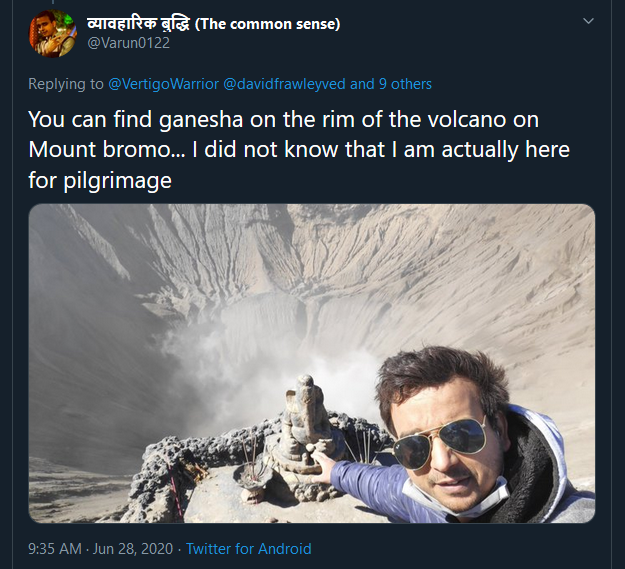 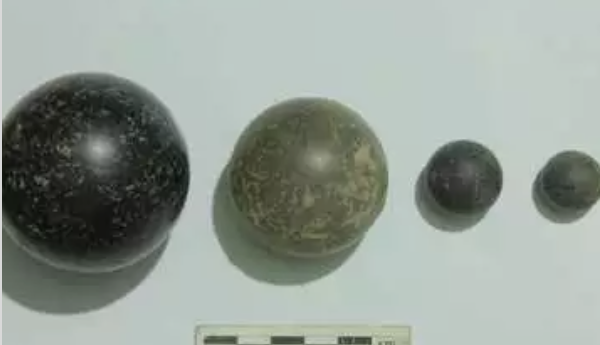 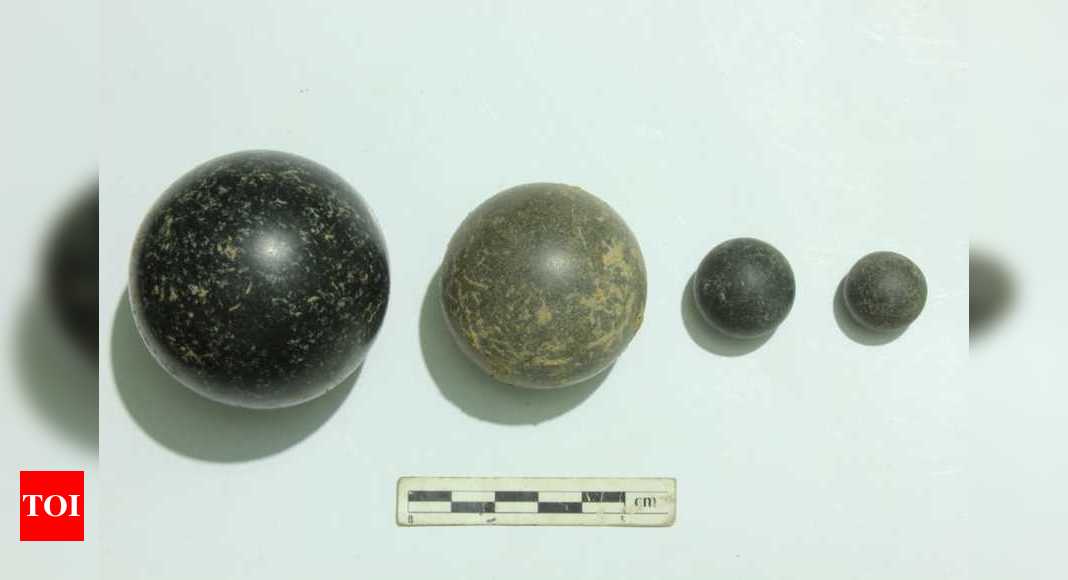 MADURAI: Four weighing stones of different sizes and spherical in shape have been unearthed from Keeladi excavation site in Sivaganga district. 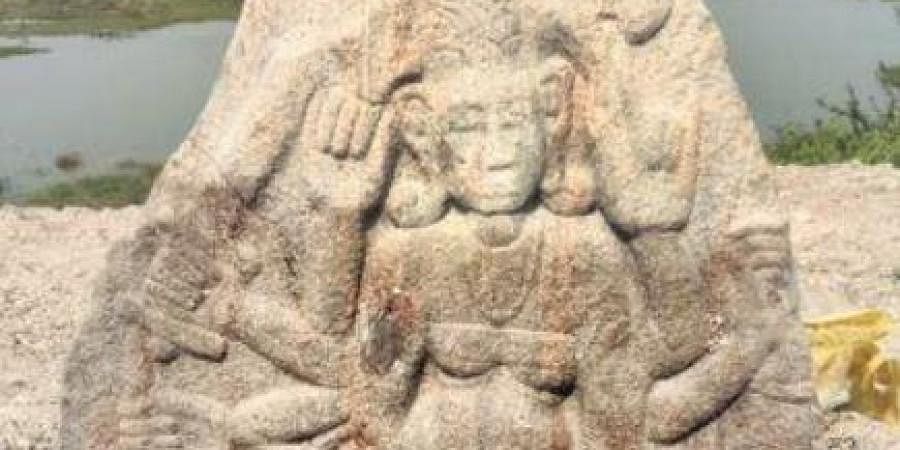 VILLUPURAM: A 700-year-old statue was found at a lake bund in Chinnasalem on Thursday. Arakazhur Pon Vengatesan, president of the Salem History Research Centre, was doing a field research when he found the statue at the eastern side of the lake. The statue depicts Kotravai, an ancient goddess. In early literature, including Tholkapiyam, she was mentioned in detail, says Vengatesan. He added that the goddess, who also goes by other names such as, Pazhaiyol, Kanamar, Selvi, Paikalapavai, and Kadukizhal, was written about in detail by Silapathaigaram and Ilangoadigal. He further stated: “The statue found in the lake has a rural look. This would mean that a local leader might have gotten it made. During the 13th century, the area was under the rule of Magathai king, Ponparapina Vanakovarayan. We suspect this statue belongs to that period, as it has a Pallava touch to it -- a lion and a deer have been depicted too.” Detailing the history, he continued, “Kings made the best soldier from his army perform the Navakandam (nine cuts) before the goddess at the beginning of a war.
“The soldier cuts off eight parts from his body, before finally chopping off his head as an offering to the goddess, to win the war.”

During the Pallava period, Kotravai was largely worshipped and considered the goddess of desert land. “Usually, her statues are seen beside water bodies like river, canal and lake,” said Vengatesan. 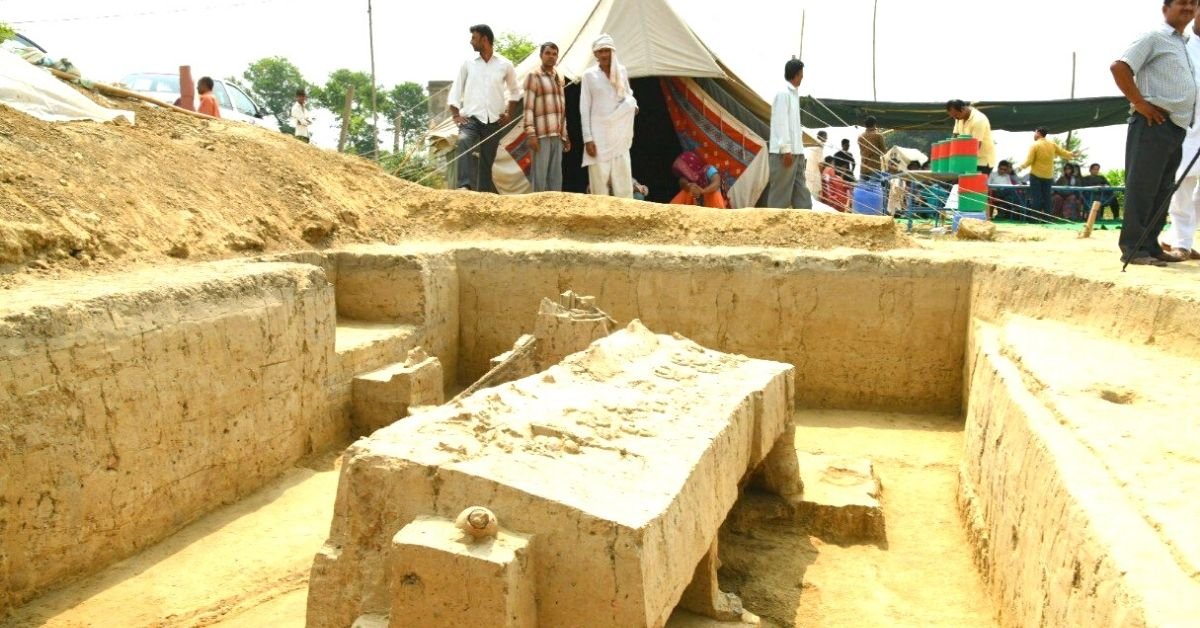 Who Were the Warriors of Sanauli, India's Largest Burial Site That's 4000 Years Old

An accidental discovery of ancient artefacts in Uttar Pradesh's Sanauli village led to an excavation by the Archaeological Survey of India, and findings hint the tribe was of a warrior clan. It also spurred a 55-minute documentary titled 'Secrets of Sanauli' by Discovery Plus. 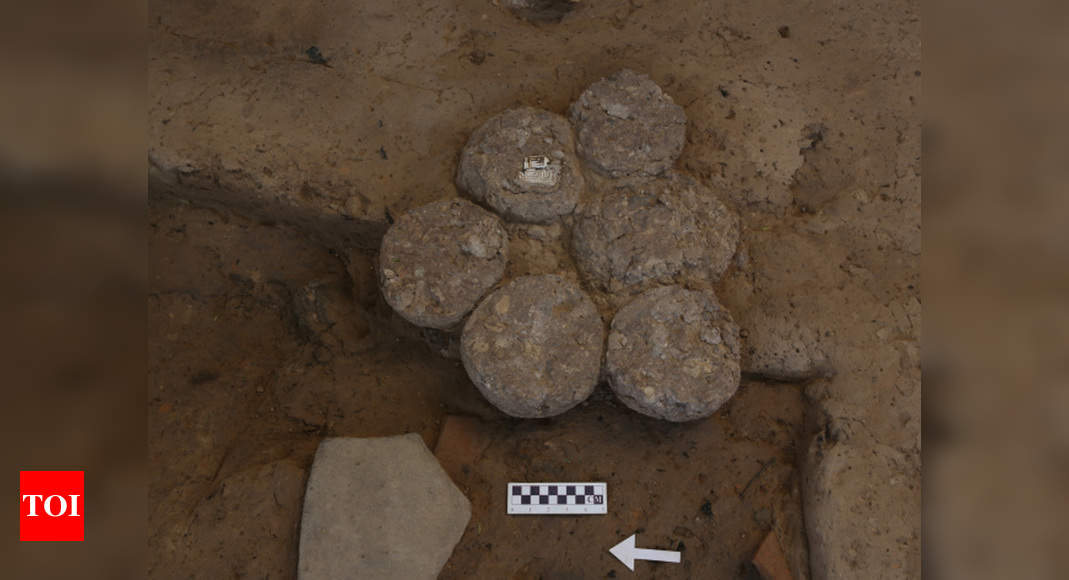 I can't create a new thread so posting here.

Tilak is still visible
====
Amazing #Archaeological site at #Varanasi has been discovered by #BHU ! They have also discovered second century mesmerising 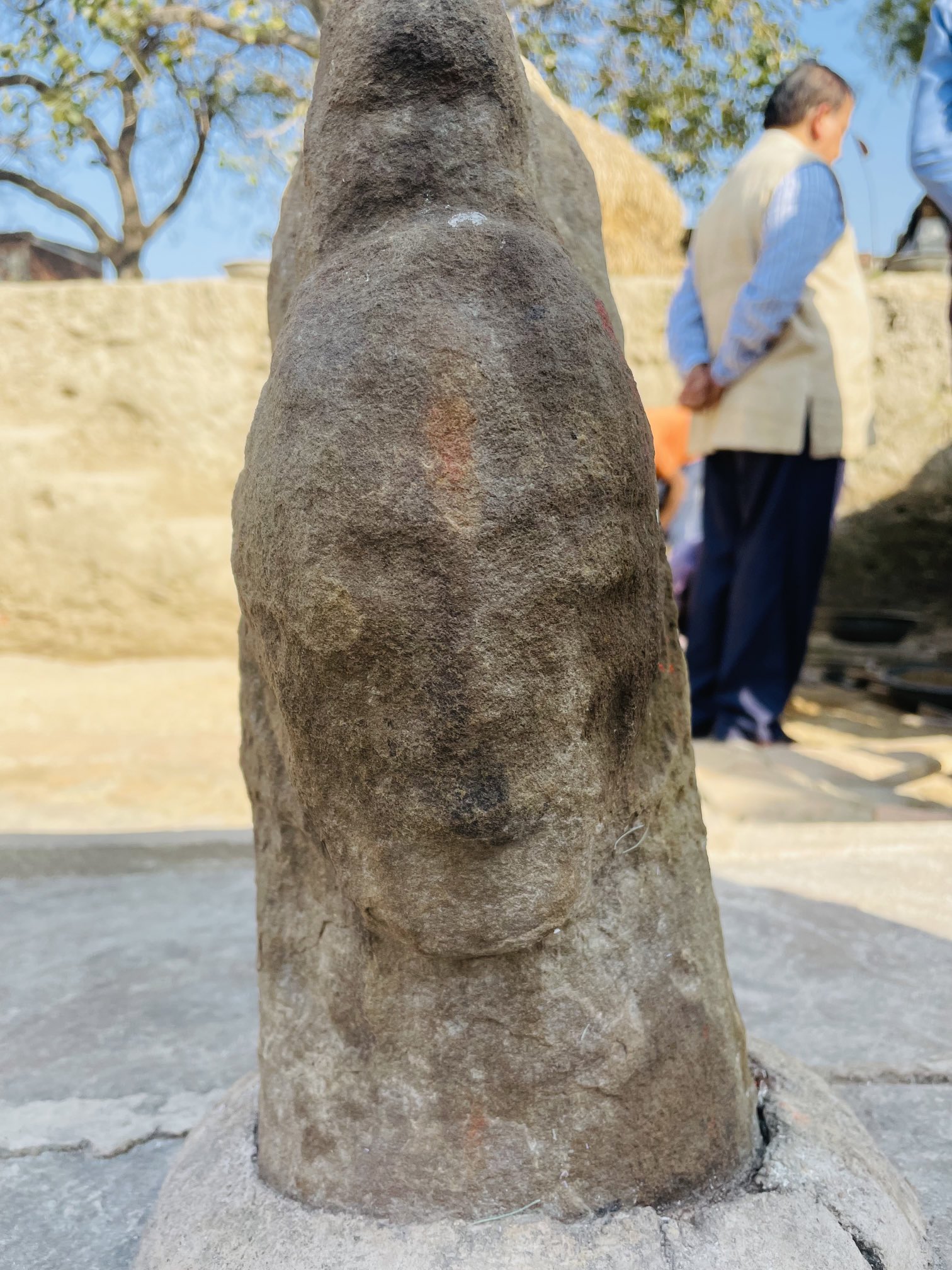