BANGALORE: With changing threat perceptions and anticipated future warfare scenarios, the Indian Air Force is actively considering the creation of a separate cadre for unmanned aerial vehicles (UAVs), including the combat versions (UCAVs), missiles, air defence and other weapon systems, a proposal for which is being vetted by the Air Headquarters.

This would mean that from the time of recruitment, candidates will be selected for these specific cadres just like fighter, transport and helicopter pilots are picked, increasing career options for aspirants.

With the IAF inducting the bulk of the over 200 UAVs and remotely piloted vehicles (RPVs) acquired by the Indian armed forces since 2000, the IAF Training Command, headquartered in Bengaluru, had taken the leading by asking for a separate UAV cadre in 2012.

Sources in South Block told TOI that the proposal has now been expanded to a "weapon systems branch", which will include drones, air defence missiles and other weapons systems, which are all headed and largely handled by officers from the flying branch as of now.

"This will be a role-specific cadre, so that the officers are trained for a specific role from the word go," a senior official said. The IAF is in the process of expanding its UAV fleet, which includes surveillance, precision-targeting and "armed" drones. The force has now even begun inducting micro-drones for its Garud Commando Force.

Former IAF training Command chief Air Marshal (retd) Dhiraj Kukreja, during whose tenure the specialised UAV cadre was first mooted, told TOI: "A lot of money and time is spent on training pilots, especially fighter pilots. Using them for other roles unless they are medically incapable of being pilots is a waste of resources. That's why this was first considered." 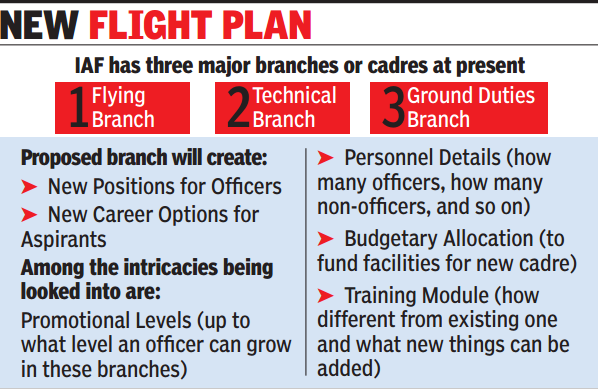 Adding that recruitment of officers or personnel for a specific role like operating drones will prove beneficial in the long run, given the assessed dynamics of future warfare, the officer said, "Although UAVs and missile systems may seem like video game screens, the men behind these screens or joy sticks are as important as other officers in the air force."

Looks like IAF wants a large UAV force in future.

Former IAF training Command chief Air Marshal (retd) Dhiraj Kukreja, during whose tenure the specialised UAV cadre was first mooted, told TOI: "A lot of money and time is spent on training pilots, especially fighter pilots. Using them for other roles unless they are medically incapable of being pilots is a waste of resources. That's why this was first considered."
Click to expand...

India set to Acquire 100 Avenger Armed Aerial Drones from the US
The Indian Air Force is on the verge of acquiring its first missile-armed unmanned aerial vehicles (UAVs) while the Indian Navy will purchase more reconnaissance UAVs for its surface warships.


IAF said these drones, which are normally used for reconnaissance missions, can also be armed with air-to-surface missiles to engage ground targets such as terrorist camps. Heron TP is capable of long endurance missions of up to 52 hours while flying at altitudes as high as 10,500 meters.

While the Air Force looks forward to operating the Heron TP as an armed aerial drone against the Pakistan Army and Muslim terrorists supported by Pakistan, it remains more eager to acquiring the formidable General Atomics Avenger (Predator C) UCAV.

The Air Force says Hellfire anti-tank missiles fired from the Avenger can strike targets eight kilometers distant. The Avenger also has the ability to detect and track targets across the LoC and attack them while flying well within Indian airspace. It can fly for up to 18 hours to reach targets 2,900 km away.

The United States has cleared the way for India to acquire the Avenger by supporting India's membership in the Missile Technology Control Regime in Sept. 2015 and declaring India a "major defense partner" of the U.S. India immediately sent a request to buy the drones.


The Avenger will allow the Air Force to reach all of Pakistan, enabling it to retaliate against Pakistan-based terrorists without the risk of losing pilots. It will also be useful as a deterrent in border disputes with China.


The Air Force will discuss the final details of its purchasing up to 100 armed Avengers with U.S. Secretary of State Ash Carter during his visit to India this December. This deal, if approved, will make India the largest operator of this drone in the world.


The Avenger's design includes stealth features such as internal weapons storage. It will support the same weapons as the MQ-9 Predator, the deadliest drone in the world. India will discuss the purchase of 22 unarmed MQ-9 Predators during Carter's visit to India.

On the other hand, the Indian Navy (IN) will acquire more UAVs for its surface fleet and is turning to Indian firms and foreign aerospace companies to deliver what it needs.

The Navy operates two squadrons of the IAI Heron and the IAI Searcher Mk-II UAVs and plans to add at least two more squadrons. The drones are operated by Indian Naval Air Squadron 342 (INAS 342) and INAS 343.