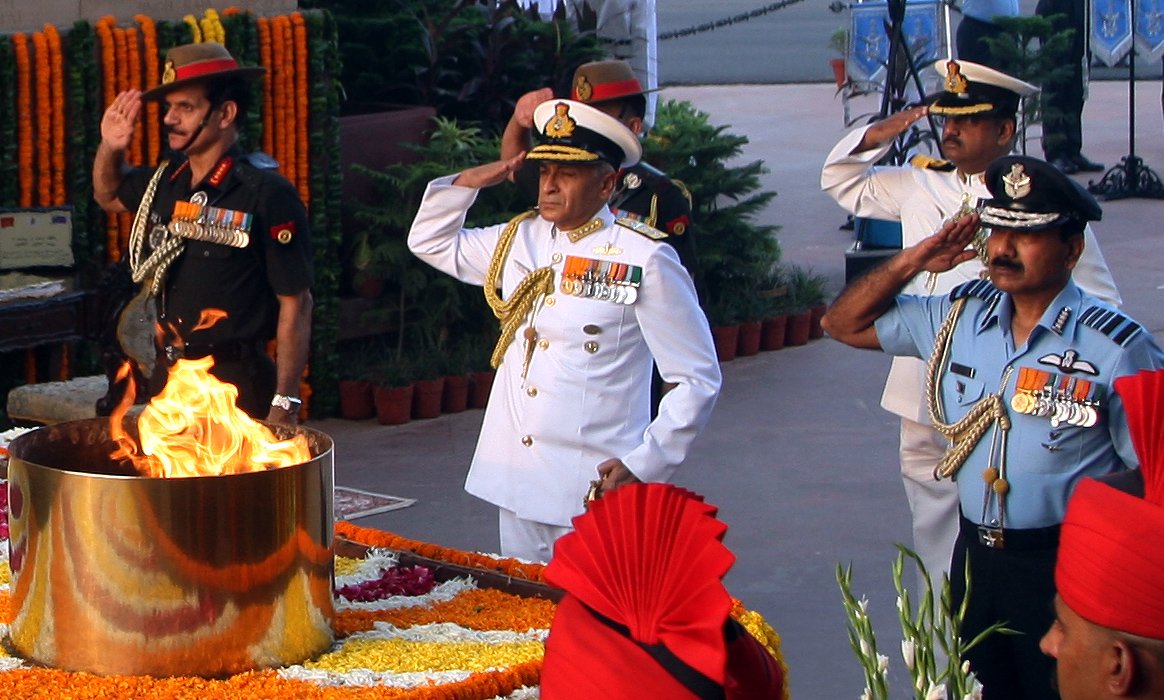 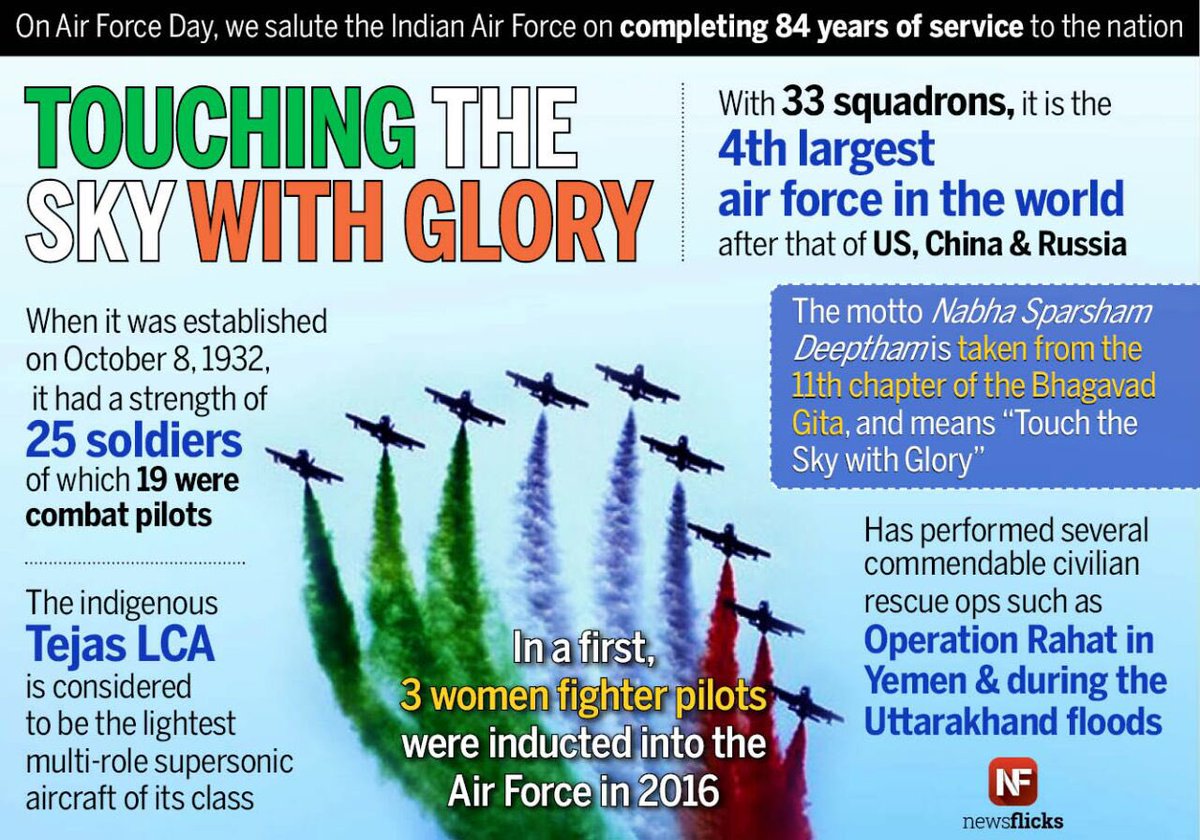 Hope Indian Air Force will get it's dedicated satellite soon

French-made Rafale fighter planes will be the 80th type of aircraft to join the Indian Air Force fleet in 2019.

As the IAF prepares to induct Rafale fighter jets after inking a Euro 7.8-billion deal with France in September, HT gives you the low-down on the aircraft it has operated since it was formed in Karachi in 1933.

The Sukhois, the Jaguars and the MiGs surely ring a bell, but what about Blenheim and Caribou? Here’s all you need to know about the birds Indian pilots have flown:

Westland Wapiti: The Royal Indian Air Force (RIAF) was formed in 1933 in Karachi with four ‎Wapiti IIA aircraft. The British bi-planes served the IAF till 1945. The air force lost some Wapitis to Japanese bombing in Burma in World War II.

Tiger Moth: The Tiger Moth, manufactured by British plane maker de Havilland, was operated by the IAF from 1939 to 1957. The IAF’s vintage fleet includes a Tiger Moth that was refurbished in 2012. The bi-plane served as a trainer.

File photo of A Tiger Moth.


Blenheim: The British light bombers served the RIAF briefly in 1941-42. The planes were used for providing air cover to ships arriving at the Rangoon harbour.

Lysander: The British-built light bomber was operated by the RIAF in the early 1940s. The Lysander was considered to be a vulnerable aircraft: the UK’s Royal Air Force lost 118 over France and Belgium in May-June 1940.

Hurricane: The RIAF got its Hawker Hurricanes in 1942. The Hurricanes saw action during the Arakan campaign in Burma and were the first operational aircraft capable of a top speed of over 300 miles per hour.

Spitfire: The Spitfires replaced the Hurricanes. By 1946, the entire fighter force was Spitfire-equipped. Hailed as the most successful fighter design of the time, the British planes remained in service till the late 1950s.

Other planes that served the RIAF in its early years include Dragon Rapide, Audio, Dragon Fly, Harvard, Hudson, Vengeance, Valentia, Defiant and Atlanta.

The years around partition

Tempest II: The planes were the backbone of the air force’s fighter fleet for almost 10 years after Independence.

Dakota: Months before the partition, the RIAF raised its first transport squadron with C-47 Dakotas.

B-24 Liberator: The RIAF raised its first heavy bomber squadron with the American Liberators in 1948. Hindustan Aeronautics Limited (HAL) played a key role in re-conditioning the Liberators abandoned as scrap by the US Air Force. The planes remained in service till 1968.

File photo of a B-24 Liberator.


Vampires: The air force inducted the British-built plane as a front-line fighter in 1948. India operated more than 400 Vampires till the late 1960s. The IAF dropped its “Royal” prefix when India became a Republic in 1950.

Dassault Ouragan: It marked the debut of a French fighter in the IAF’s fleet. Known as “Toofanis” in IAF service, the first Ouragan was inducted in 1953 and the fleet remained in service till 1967-68. India chose the Ouragan to diversify its global arms purchases.

Mystere IVA: The second French-origin fighter to join the Indian fleet in 1957. The year saw the IAF expand in a major way: the British Hawker Hunter fighters English Electric Canberra bombers were inducted in 1957. The induction of French Mirage 2000 fighters began in 1985.


Canberras: The Canberras saw action in the Congo in 1961-62. During the 1999 Kargil conflict, a Canberra was assigned to conduct photo survey along the Line of Control. A missile hit it but the pilot still managed to land.

Other aircraft inducted in the IAF in the 1950s included the Devon, C-119 Packet, DHC-3 Otter, Vickers Viscount and Sikorsky S-55 choppers.

MiG -21 and other variants: The IAF inducted the MiG-21 in 1963, ushering in a new era of Soviet dominance of the Indian defence market. Upgraded variants of the iconic fighter are still in service. A questionable flight safety record earned the fighters epithets such as ‘flying coffins’ and ‘widow makers’. The MiG-21 is the IAF’s first warplane of non-western origin. The IAF went on to induct several MiG variants through the 1980s: the MiG-23s, the MiG-25s, the MiG-27s and the MiG-29s.

Antonov-12: The first Russian transport plane supplied to the IAF in 1961. The AN-12Bs were used during the 1962 India-China war. Canada delivered its DHC-4 Caribou cargo planes to the IAF after the war.

Mi-4: These Soviet-origin transport helicopters were inducted in 1960 followed by Mi-8s in early 70s, Mi-17s in 1985 and the latest Mi-17 V5 entered service just four years ago.


Antonov-32: The An-32s joined the IAF in 1983 and continue to remain in service. The air force has a fleet of more than 100 AN-32s. The IAF has still not been able to trace an AN-32 that went missing while flying from Chennai to Port Blair on July 22.

The US joins the party

CH-47F Chinooks: The IAF’s capability to deliver payloads to high altitudes will be enhanced when it inducts CH-47F Chinook choppers from the US in 2019. Soviet-origin Mi-26 choppers provided heavy-lift capabilities to the IAF for nearly three decades after being inducted in 1986. Out of the four delivered to India, only a solitary chopper remains in service.

C-17 Globemaster III: The IAF completed the induction of 10 US-made planes in 2014. Extensively used by the US Air Force in Iraq and Afghanistan, the C-17 is capable of airlifting tanks, attack helicopters and infantry combat vehicles to India’s farthest frontiers. Before the C-17s, Russian Ilyushin-76 planes, inducted in 1985, were the only heavy-lift cargo planes in the fleet.

C-130J Super Hercules: India signed a $1.2-billion contract with the US in 2008 for buying six C-130J planes. All have been delivered. The IAF is buying six more C-130Js, configured for special operations and airborne assault.

Gnat: The IAF inducted the British Folland Gnat in 1958 and the light-weight fighter was licence-built by HAL. It was later upgraded with increased fuel capacity and christened Ajeet.

HF-24 Marut: Inducted in the mid-1960s, it was India’s first indigenously-designed fighter. The Marut was designed by the German aircraft designer Kurt Tank, hired by HAL, and Indian engineers.


Birds that stood out in war/operations

1947-48 Kashmir operations: Spitfires from the Ambala base strafed Pakistani intruders who were barely a km from the Srinagar airfield in November 1947. British-built Tempest bombers played a significant role in the Battle of Shelateng that left 700 raiders dead near Srinagar. The Tempests were also involved in reconnaissance missions over Poonch, Rajouri and Naushera. The RIAF’s first military campaign after independence also saw Dakotas make their mark, flying troops, ammunition and supplies to Srinagar. American Harvard trainers provided air support to the army.

1962 India-China war: The debate over India not using its air force in an offensive role still rages. However, AN-12Bs airlifted AMX-13 light tanks to Chushul in Ladakh during the war. The unprepared airstrip was at a height of 15,000 feet. The IAF was used only to provide transportation to the army. Military experts have argued that the use of IAF could have changed the outcome of the war.

1965 India-Pakistan war: The Canberras bombed Pakistani air bases at Sargodha and Chaklala. The IAF used its Gnat fighters for air defence, Mysteres for ground attack and Hawker Hunters for interdiction. The Gnats shot down several Pakistani F-86 Sabres, a feat that earned them the ‘Sabre Slayer’ epithet. Pakistan got its most famous prisoner of war in 1965 after Kodendera Cariappa’s Hunter was shot down over Pakistan. His father KM Cariappa - who became Field Marshal - was the army chief from 1949-53. President Ayub Khan offered to release his son, but this is what Cariappa had to say: “They (POWs) are all my sons, look after them well.”


1971 India-Pakistan war: The IAF’s MiG-21s, Gnats and Marut were pitched against Pakistani Sabres and F-104 Starfighters. The IAF scored kills even before the war officially began on December 3. On November 22, the Gnats shot down three Sabres in the eastern sector. Four Hunter fighters are credited with wiping out an entire Pakistani armoured regiment at Longewala. Interestingly, AN-12 transport planes were used for bombing Pakistani ammunition dumps at Changa Manga forest.

1999 Kargil war: The air offensive during the war was codenamed Operation Safedsagar. The fighters involved were MiG-21s, MiG-23s, MiG-27s, MiG-29s and Mirage 2000s. The IAF lost two fighter jets and a helicopter during the operations and one of its pilots was taken as prisoner of war after his MiG-27 flamed out. He was returned after being tortured for several days. The Kargil war saw the IAF do some ‘jugaad’ too. The weapons’ computer of the Mirage 2000 had to be tweaked to cater for delivery of bombs from a very high altitude.
Here>>

Nice recollection by Hindustan Times .. but the Jaguar is missing !

Tactical Frog said:
Nice recollection by Hindustan Times .. but the Jaguar is missing !
Click to expand...

ARE YOU A CUT ABOVE , JOIN IAF

Sorry if I have missed M2K discussion, but can someone tell me how many upgraded Mirages we have received from France?
You must log in or register to reply here.
Similar threads
AERO INDIA 2021
The Amazing Flanker | Exclusive Video | Su-30MKI
The Indian Air Force MMRCA Saga
You’ve heard stories of Indian Army and Air Force heroes. Now here’s an angel from the Navy
Share:
Facebook Twitter Reddit WhatsApp Link