could u pls show the reverse side too? tks

I thikn this is not a real one.

Because below the Saranath Lion there will be 4 symbols.
Diamond
Star
???
Plain

resembling the place of minting. This is photoshopped one IMO

I collect coins and stamps. Is this a new design (not yet in use)?

ohimalaya said:
could u pls show the reverse side too? tks
Click to expand...

Ohimalaya, I think this is a fake. A R.100 coin would be a Y 15 value. If we had coins circulating like that, we'd have money pinched and pilfered like no tomorrow.

I Have 99 rupee coin, Even iam telling the truth.

There is a 100 Rupee Coin! Its not a lie. But I havent seen it. I have seen News Channels report on it.
A

NEW DELHI: The yearlong birth centenary celebrations of the second Prime Minister Lal Bahadur Shastri drew to a close on Tuesday with the release of two commemorative coins in the denomination of Rs. 100 and Rs. 5.

Released by Prime Minister Manmohan Singh at a function organised by the Culture Ministry, only the Rs. 5 coin will be in circulation.

Addressing the function, Dr. Singh said centenary celebrations should not be merely occasions for making speeches and eulogising the departed. "They should be occasions for introspection.'' Listing the steps taken by the Government over the past year to commemorate Shastri, he said: "I am sure all these programmes have made a new generation of our citizens appreciate the personality of Shastriji and his enormous contributions to our nation.''

Stressing the need to record the contribution of the great leaders of Indian history so that it inspires future generations, he said: "Every citizen of our country must know what sacrifices were made by our leaders to attain Independence. Every student must know how our Republic was built brick by brick to create this magnificent edifice of a new, resurgent India.''

Union Finance Minister P. Chidambaram said Shastri embodied high thinking and simple living. Recalling how he filled the void created by the death of Jawaharlal Nehru, the Minister said the Rs. 5 commemorative coin would be available at the Lal Bahadur Shastri Memorial in the Capital from Wednesday. The Rs. 100 coin, he said, would be available on order.

Union Culture Minister S. Jaipal Reddy said though curtains were being dropped on the yearlong celebrations, the programmes that were planned for the year but not completed would be undertaken; budgetary constraints notwithstanding.
Last edited: Nov 5, 2010
P

A 10 rupees coin has been officially released for public circulation but is still very rarely seen .I have seen it only once.

i think Rs.100 coin is not in circulation as above article says.you ve to order it if u are an avid coin collector.

I thikn this is not a real one.

Because below the Saranath Lion there will be 4 symbols.
Diamond
Star
???
Plain

resembling the place of minting. This is photoshopped one IMO
Click to expand...

Ohimalaya, I think this is a fake. A R.100 coin would be a Y 15 value. If we had coins circulating like that, we'd have money pinched and pilfered like no tomorrow.
Click to expand...

..For the attention of coin geeks..100 rupee/50 rupee coins has been released from 1980s onwards by GOI if im not wrong though being in a very limited number and never been in mainstream circulation.And these coins are released on various occassions in different years to commemorate events or famous personalities.The one I posted is just a new one released recently.For avid coin collectors you may checkhttp://www.igmint.org/prod.htm

SOME EXAMPLES FOR U 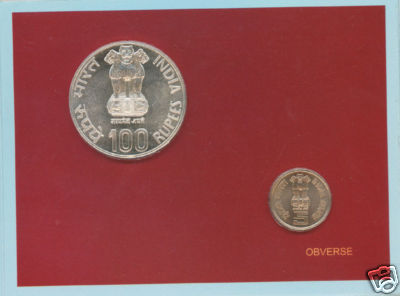 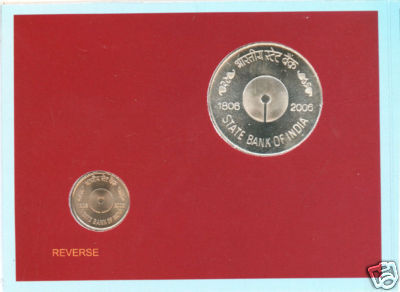 if Rs.100 = Y 15 roughly
What can it cover? Y15 in China nowadays is hardly enough for a McDonald set meal.

I will think up other things that 1 yuan can afford:

In beijing, I can buy a cup of watered-down soybean milk or a steamed stuffed bun or a bus ticket or a bottle of water............
Click to expand...

Oh 100 rupees though peanuts today in the larger picture does buy a lot of things. That's why there is a big difference in the nominal and PPP GDP figures. A haircut at a barber in an expensive city like bangalore costs 30. I am talking the ordinary ones (its the first thing that came to mind as I just had a crop. lol). A bus ride in bangalore in AC volvo bus costs 10. Bangalore metro will cost just as much. With 100 rupees you can travel from bangalore to chennai which is 350 kms away in non AC though. 100 rupees is also the fine imposed for traffic violation in bangalore. And bangalore is the most expensive city to live in india.

and yes a mc donald Mc Chicken costs 50 rupees. And for 100 you get the full meal with fries and pepsi.