One way to judge President Obama's speech announcing (another) new strategy for Afghanistan and Pakistan is by how it fares among those on the front lines. As one senior official in Kabul puts it in today's Wall Street Journal Asia, "We couldn't solve the Afghanistan problem in eight years, but now the U.S. wants to solve it in 18 months? I don't see how it could be done."

What about the promise of training and equipping Afghan forces to replace Western troops in Afghanistan within two years? The same newspaper quotes a Marine lieutenant who trains Afghan troops as saying, "We're still not at the point where the Afghans can either stand on their own, or at least lead or plan missions. I'd say we are at least four, five years away from that." And the outgoing U.S. commander for police training says its development is "still four to five years beyond the army's." By such reckonings, the United States and its allies have a long way to go before they can responsibly leave Afghanistan to its government and security forces, as is currently underway in Iraq.

Perhaps we can hope that President Obama's declared date for drawing down U.S. forces is the kind of deadline that President Clinton repeatedly imposed on the U.S. military mission in Bosnia in the mid-to-late 1990s to reassure Congress that he had an "exit strategy" -- only to repeatedly extend the annual deadline as the troops' success defused domestic political pressures for withdrawal. By this logic, the president is buying time for his strategy, assuaging his domestic critics while hoping that the success of the West's mini-surge in Afghanistan creates a political and strategic environment conducive to a sustained U.S. military presence -- one increasingly focused on partnering and training with Afghan forces -- beyond 2011.

Setting aside the domestic politics of Obama's decision, it's worth asking what is so necessary about removing U.S. forces from Afghanistan by a date certain. U.S. troops remain in Japan and South Korea 60 years after they first arrived there, and their presence retains the support of strong majorities in both countries. This is also true in Europe. A defining moment of my political education occurred when Germany's then-Foreign Minister, the Green Party leader and former (anti-U.S.) student radical Joshka Fischer, emotionally lobbied my old boss John McCain not to support then-Secretary of Defense Rumsfeld's plan to withdraw significant U.S. military forces from Germany more than a decade after the demise of the Soviet Union.

The politics of the Islamic world are different, but polling shows clearly that a majority of Afghans remain willing to support the presence of international forces if they provide the security that Afghans crave. To the extent that foreign forces in Afghanistan are increasingly unpopular with segments of the Pashtun public, it is because of their manifest failures to improve security -- not the fact of their presence. A surge that reverses the erosion of human security in large swathes of Afghanistan would restore the legitimacy of the Western troop presence in the eyes of an Afghan majority that has no love whatsoever for the Taliban. Yet Obama's suggested "exit strategy" will raise doubts about U.S. reliability among the Afghan public -- and among the Taliban leadership, who can afford to wait out Western forces. As one Taliban foot soldier famously told an U.S. journalist several years ago, "You have the money but we have the time."

Might there be more to the president's new strategy than meets the eye? Some Indian strategists hope so. K. Subrahmanyam, the dean of India's strategic community, asks in today's Indian Express how the United States can possibly hope to train sufficient Afghan security forces to begin drawing down in only 18 months. His answer is that Washington may look to New Delhi -- which has vital equities in preventing the return of the Taliban by strengthening the Afghan state -- to help train and equip Afghan security forces, just as India has been training Afghan civil servants, building roads, schools, hospitals, and other infrastructure as the country's fourth-largest bilateral donor.

India is a natural ally of a non-Talibanized Afghanistan. It has as much to lose from the Taliban's resurgence -- and the clear and present danger it would pose both for destabilizing Pakistan and exporting terrorism into India -- as anyone. New Delhi has considerable influence in Afghanistan in both traditional hard-power and in soft-power terms: Afghanistan is a natural part of India's economic backyard, Afghan citizens can get Indian visas on demand, and Indian movies, music, and food are pervasive in Afghanistan, many of whose elites were educated in India. It would seem natural for India's armed forces to train Afghan counterparts -- were it not for Pakistani paranoia, real or imagined, about "encirclement" by their Indian adversary.

That said, given the links between the Afghan and Pakistani Taliban and the resulting spread of violent extremism in Pakistan's heartland, at the end of the day a Talibanized Afghanistan would destabilize and endanger Pakistani security more than would a minimal Indian security presence that effectively expanded the capacity of the Afghan state to defend itself against Islamist insurgents. If President Obama is willing to gamble on a shortcut to exiting Afghanistan, he may indeed be tempted to turn to India for the assistance its government is all too keen to supply.

they were being trained at indian institutions. had seen a report long back.

Apparently obama made a phone call to our PM before announcing his new policy and asked him precisely that. Whether india is willing to train afghan forces. Don't know what the reply was as it didn't appear in the media.
India training afghan forces is a good thing. Because of the historic ties and the goodwill india has among afghans. Indian forces will be welcomed by them and since we already train their elites in our academies, it would give us a head start in training the rest. Culturally too we are more closer to the afghans than the americans.

Obviously pakistan will cry hoarse. But then its what it knows to do. We have to bother about our own interest. keeping in mind that the americans will leave someday, we don't want pakistan and its cronies to have a free run there after that. By starting an indian presence in astan by training their soldiers we can build a hedge for the future.
F

If Obama can pull off his Afghan strategy, and if Indians can play a major role in training Afghan forces, the outcome will be brilliant beyond expectations. I hope this happens!

But unfortunately, things at the moment look pretty bleak. The ISAF is getting hammered everywhere

Isaf is getting hammered because of the flawed policy of relying too much on Pakistan. things might change now I hope after obama recently writing to zardari to clean up or else the US will do what it deems fit. The war in astan will be a success if its turned into a war in afpak.

We have been doing since last 10 years..
T

Kunal Biswas said:
We have been doing since last 10 years..
Click to expand...

I also mentioned """openly"""". Earleir we were training and giving arms in pretext of building roads and bridges,school,and hospital 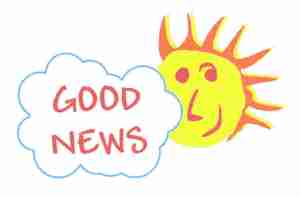 whats special we are doing that , i personally think we should show some foot there ,

joint airforce base should be there , cant we deploy our airfoce + IA there

arya said:
whats special we are doing that , i personally think we should show some foot there ,

joint airforce base should be there , cant we deploy our airfoce + IA there
Click to expand...

next step will be that. ishstep by ishstep ju know

put a link to the article

This may possibly be expanded to gifting weapons in the future?

utubekhiladi said:
put a link to the article
Click to expand...

blackwater said:
next step will be that. ishstep by ishstep ju know
Click to expand...

as per my source china is thinking to deploy plaf , i think we must have to use this time we can deploy our airforce there its a golden chance for india

with this we will have upper edge on china and pakistan

arya said:
as per my source china is thinking to deploy plaf , i think we must have to use this time we can deploy our airforce there its a golden chance for india

with this we will have upper edge on china and pakistan
Click to expand...

yoursource??? China plaf in afganistan?? kya baat kar raha ha yaar. not until ammerica and NATO is there with India and Israel

The only challenge I see in any large scale deployment is that we need to pay those countries that will allow us transit to Afghanistan. Thanks to our calling off the first Indo-Pak war in 1948, Gilgit-Baltistan is still under Pakistani control with PLA troops deployed in good measure. Even the US had a harrowing time dealing with Pakistan for their transits to Afghanistan. With US-Iran relations being rock bottom and them being uncomfortable with us being friendly with Iran, I wonder how India can make her presence felt in Afganistan. I guess the best we can do is train their soldiers and give them weapons.

utubekhiladi said:
we need to give them some old fighters like mig 21 and 27's....
Click to expand...