"The test conducted to validate various parameters of the interceptor in flight mode has been successful," Defence Research Development Organisation sources said.

The interceptor was engaged against a target which was a naval version of Prithvi missile launched from a ship anchored inside Bay of Bengal, taking up the trajectory of a hostile ballistic missile.

The target missile was launched at about 11.15 hours and the interceptor, Advanced Air Defence (AAD) missile positioned at Abdul Kalam island (Wheeler Island) getting signals from tracking radars, roared through its trajectory to destroy the incoming hostile missile in mid-air, in an endo-atmospheric altitude, the sources said.

"The 'kill' effect of the interceptor was ascertained by analysing data from multiple tracking sources," a DRDO scientist said.

The interceptor is a 7.5-meter long single stage solid rocket propelled guided missile equipped with a navigation system, a hi-tech computer and an electro-mechanical activator, the DRDO sources said.


The interceptor missile had its own mobile launcher, secure data link for interception, independent tracking and homing capabilities and sophisticated radars, the DRDO sources added.

This may have been the delay in placing a reduced order for
S-400?
N

Question: is there any incoming missile is flying at a speed under supersonic?

India is my Identity

Whatever test India does, Pakis cry foul. They repeat the same message. ISPR needs to change its vocabulary.

Sent from my XT1022 using Tapatalk

India should not delay the purchase of S-400 systems, and it should be linked with the AAD development success, as one is already developed and tested while another is under development...

Awaiting more details on this test.

Well expect these low key tests till modi comes from US and India's entry to NSG and MTCR is decided in next few months. Till that time no A5, PDV or any other top of the line test.

India is my Identity

Well done DRDO. Surprised all of us with the test out of blue.

Sent from my XT1022 using Tapatalk

We already have a thread on BMD.why create new thread.
@pmaitra can we merge the thread contents 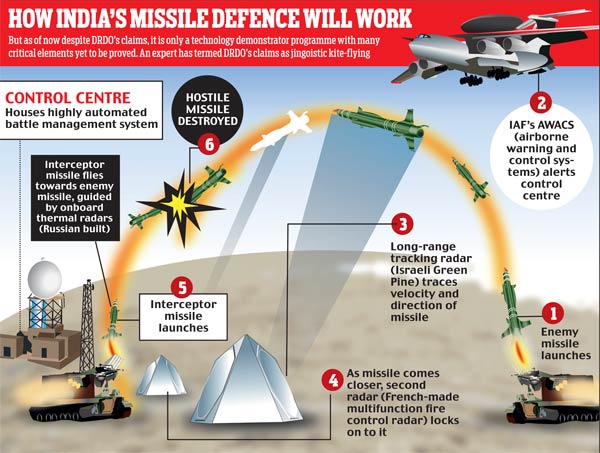 video of the test