The beyond-visual-range missile was tested from the Integrated Test Range (ITR) at Chandipur, about 230 kms from here.

Prasad said it was a development trial of the missile and the target was an unmanned aerial vehicle which was flown from the same base few minutes before the launch of the missile.

Astra is envisaged to intercept and destroy enemy aircraft at supersonic speeds in the head-on mode at a range of 80 km and in tail-chase mode at 20 km.

Both the Astra and Prithvi missiles have been flight-tested a number of times from the same test range in the past.

Is it IIR seeker? IIR seeker is used in last pdv test.
One of psu producing IIR seeker.

DRDO readies for 'Astra' test - The New Indian Express
The anti-aircraft missile, considered one of the best of its kind in the world, will be tested for three consecutive days. 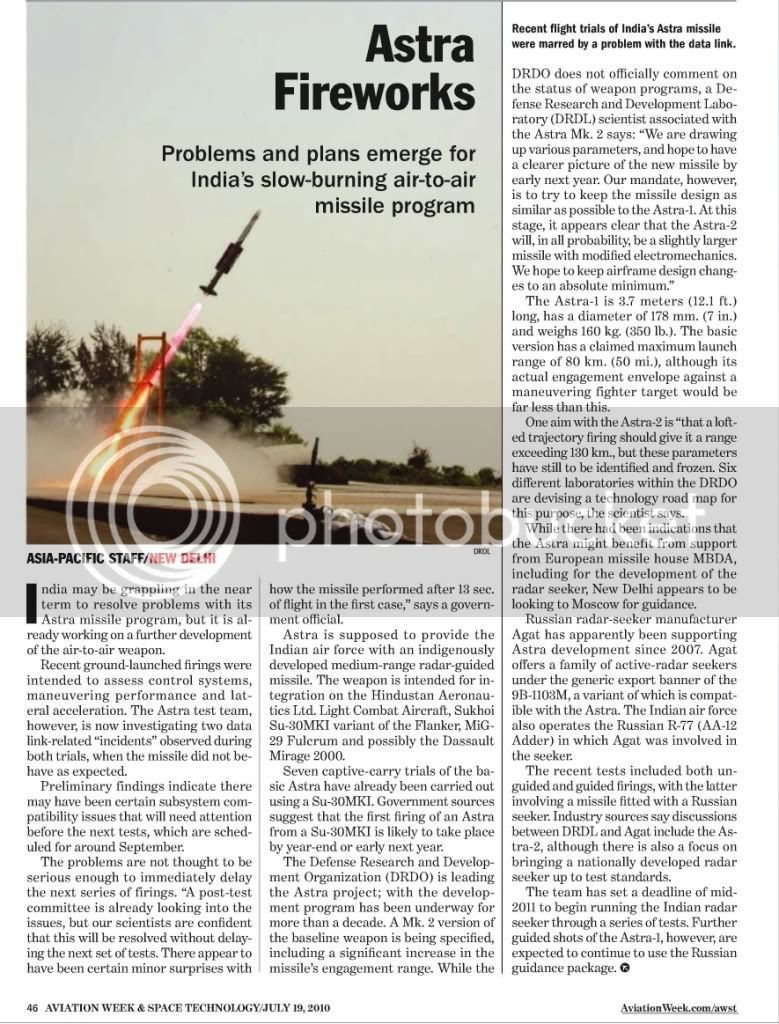 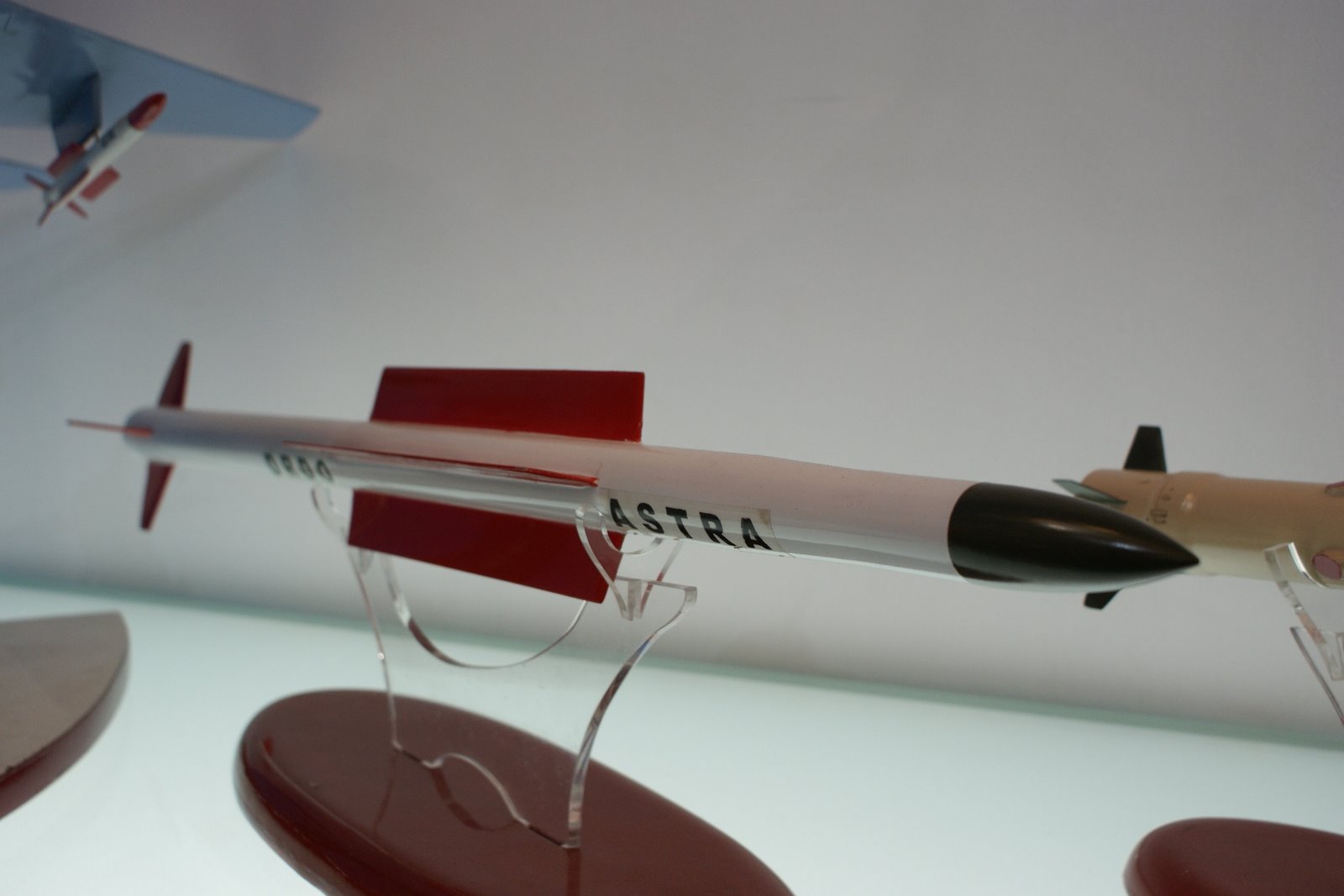 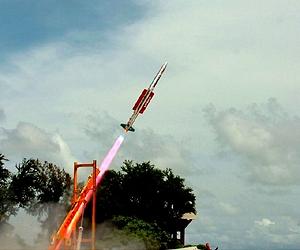 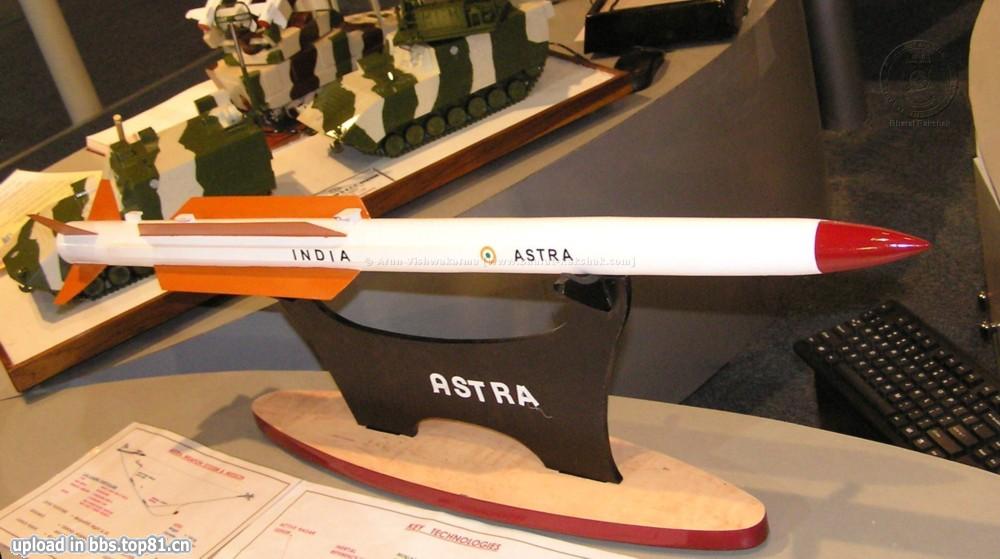 Hope to see a SR-SAM version of Astra in near future, just like MICA-VL and SL-AMRAAM :thumb:

ASTRA test always comes of as a surprise and goes off the same..


As part of its developmental trials, Beyond Visual Range Air-to-Air Missile (BVRAAM), Astra was successfully launched from Chandipur, Odisha, on Friday to validate its reconfigured propulsion, control and guidance systems.

The launch was carried out against an electronic target, although Pilotless Target Aircraft Lakshya was used to check the effectiveness of systems such as the ground radar.

The missile would be test-fired again on Saturday with an actual seeker to intercept Lakshya.

In Friday's mission, Astra was guided towards the electronic target in a ground-to-air launch.

The altitude of engagement was 4 km and all the parameters were validated, the scientists said.

The missile was also tested for midcourse guidance against an electronic target.

Designed to intercept and destroy enemy aircraft at supersonic speeds (1.2 to 1.4 Mach) in head-on and tail-chase modes, the missile uses solid propellant and can carry a conventional warhead weighing 15 kg.

The 3.8-metre long Astra is the smallest of the missiles developed by DRDO.

After completion of all developmental trials, Astra will be eventually integrated with combat fighter aircraft Sukhoi-30, MIG-29 and the Light Combat Aircraft.

Second test of astra , would be test fired on sunday.

What a pleasant surprise, best of luck to DRDO :thumb:
M

DRDO Statement: Astra, the 'Air to Air' guided missile being developed by DRDO was successfully flight test meeting all the mission parameters, in its full configuration, at 1530 hrs on Saturday, the 22nd December 2012, from the Integrated Test Range – ITR, Odisha. The missile fired from the ground based launcher successfully intercepted the target in mid-air. Lakshya, the indigenously developed Pilotless Target Aircraft was used as the target. Astra is a 'state of the art', 'Beyond the Visual Range' (BVR) air to air missile being developed for the air force. Some more tests will be carried out from the ground launchers to generate data, which will be followed by launches from various aerial platforms.

Can't be Astra converted as short range SAM , just like isreali derby & python? . Which will be huge boost to air defence which india is now lacking

Apollyon said:
Hope to see a SR-SAM version of Astra in near future, just like MICA-VL and SL-AMRAAM :thumb:
Click to expand...

Its inputs will definitely go into Maitri SR-SAM like AAD motor is used for Barak-8/LR.

Most indian express defence reporters are dumbass barring one Anantha krishnan or ananthmohan.
Let me clarify it for you
There is only one astra missile.it might have a range of 110 or 80 km km when fired from high altitude head on , around 40 odd km at tail chase or at an medium altitude , and 30 km at sea level as posted by sayareakd..
This is common for all long range BVrs. The reporter simply mistook it for 3 different missiles that's all.

If you read their pieces on lca tejas and arjun it will be even more hilarious.But HINDU does a decent job when it comes to reporting defence matters.
Last edited: Dec 22, 2012
A

SPECIAL CORRESPONDENT
SHARE Â· PRINT Â· T+
DRDO hails it as a "major breakthrough"
The launch of the Astra missile for the second day on Saturday from Chandipur, Odisha, was deadly in its accuracy. An air-to-air missile, it was launched from a fixed launcher on the ground and homed in on its target — Lakshya, a pilotless target aircraft (PTA) flying 15 km away. The warhead exploded within a metre of Lakshya, destroying it. On Friday also, the launch from the ground against an electronic target was successful. The Defence Research and Development Organisation (DRDO), which has developed the missile, conducted both the launches. Friday's launch was to test propulsion, control and guidance systems.

Avinash Chander, Chief Controller (Missiles and Strategic Systems), DRDO, who watched the launch, described it as "excellent" and said it was "a major breakthrough because the problems encountered in the earlier flights were overcome."

Asked what snags were overcome, he said: "We had some technical problems relating to the control structure. We made changes in the systems' configuration and we have overcome the defects."

"We are now readying the missile as per the user's [the Indian Air Force's] requirements", he said.

In the latest launch, the 3.8-metre long and more than 300 kg heavy Astra flew at Mach-3 — three times the speed of sound.

Another DRDO missile technologist said the flight "went off well and all the events occurred as per requirements." Astra would be flight-tested again on Monday.

There will be three more flights from the ground in 2013. After that, it will be launched from different aircraft such as Sukhoi-30, MiG-29 and the Light Combat Aircraft, Tejas.

Mr. Chander said 2012 had been a rewarding year for the DRDO in its missile launches. They included the maiden successful launch of Agni-V in April, followed by flight-trials of Agni-I, II, III and IV, Prithvi-I and II, Dhanush, two highly successful interceptor missile launches, the BrahMos flights and the Long Range Surface-to-Air flights. "In missile capability, we are upfront. We have made a tremendous mark," he asserted.

"We have achieved major successes in launching a variety of missiles in 2012. We are confident thÃ© we will make further strides in missile development in 2013."

Astra can be also good as a SAM, Its compact and has a good range, Very mobile to transfer it into Mountain regions.. 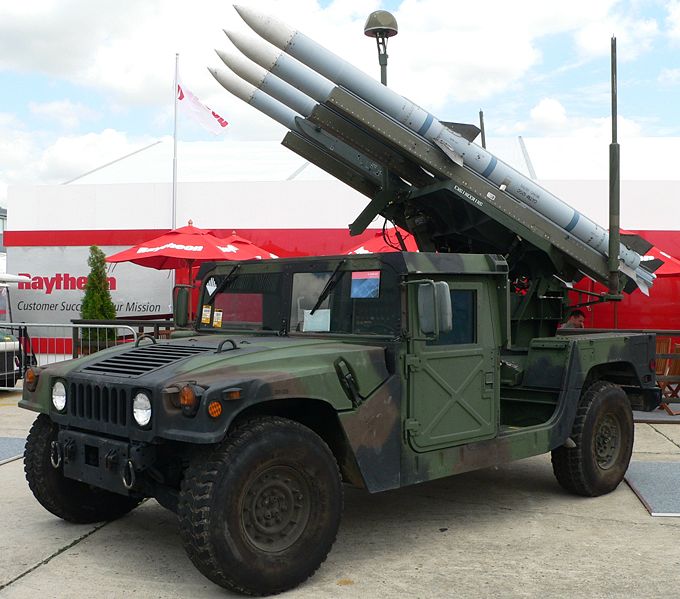 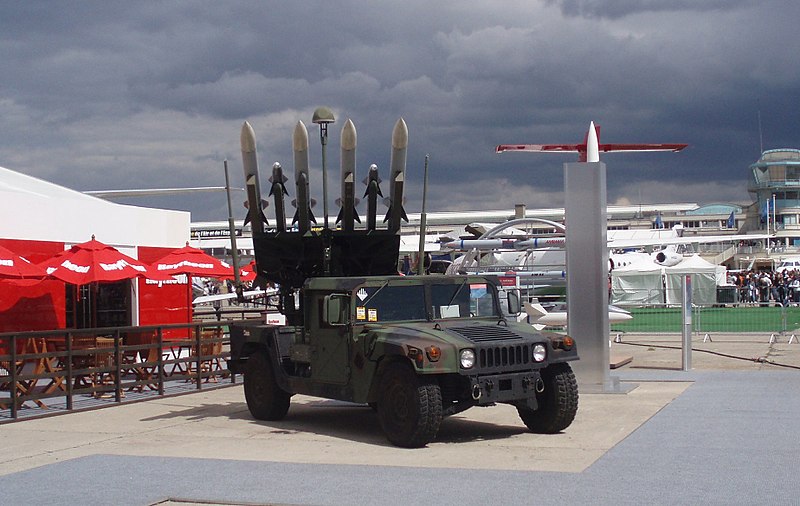 Raytheon successfully tested launching AMRAAM missiles from a five-missile carrier on a M1097 Humvee. This system will be known as the SLAMRAAM (Surface Launched (SL) and AMRAAM). They receive their initial guidance information from a radar not mounted on the vehicle. Since the missile is launched without the benefit of an aircraft's speed or high altitude, its range is considerably shorter. Raytheon is currently marketing an SL-AMRAAM EX, purported to be an extended range AMRAAM and bearing a resemblance to the ESSM (Evolved Sea Sparrow Missile).
Click to expand...