FalconSlayers said:
Turkroaches are punching way above their weight, they need to be patrolled regularly. Looks like its time for celebrating Diwali in Turgay occupied Kusdistan and Turkuck occupid Northern Cyprus. And the Porkistani propagandus having wet dreams of Kashmir Banega Pakistn should be given a reality check every few minutes. Kurdistan and Balochistan should become their graveyards. 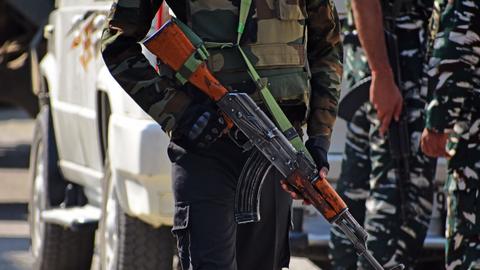 Pakistan should invoke universal jurisdiction for India’s crimes in Kashmir

Covfefe said:
An OpEd by a Pakroach in an Erdoggy propaganda pamplet. Nothing new.

I think the MEA still believes that Turkey isn't beyond redemption- so we don't see active rebuttals just some veiled counterattacks by Wion, Stratnews and others. Creating good foreign relations takes decades and they don't want to throw it all for a stupid dictator in charge. The trade, the diaspora- it's beneficial to us and Turks aren't mentally deranged as Pakis. If Er2gaand isn't as stupid as he has been until now, he'll make amends, otherwise a 'revolution' is very much possible in Turkey- and not by us but by US- that place must be filled with CIA agents.
Click to expand...

I remember encountering a gay Turkish guy on an international left-leaning forum 4 or 5 years back, who was hugely anti-Islam and a bit of a Modi fanboy. I've seen him defend Modi a couple of times and try to explain his actions to his fellow liberals. Quite the anomaly.

And he hated Erdogan with a passion.

The 2nd will disenfranchise scores of politicians, lobbies & interest/pressure groups... A Presidential system like no other is in the offing... A revolt is brewing.

You guys... now be rest assured... it's no longer a rumor or talking point... they indeed are getting a hybrid Presidential system where President would be elected but governors would be appointed. (Islami-sadarati-nizam)

This would disenfranchise a lot of political bigwigs.

Last time they did a Political experiment... it resulted in Bangladesh.

Let's see this time... (Niazi might be dethroned but would not sit quiet)

Jammu and Kashmir police on Friday released the list of "most wanted" terrorists in the valley and announced a reward for their informer. 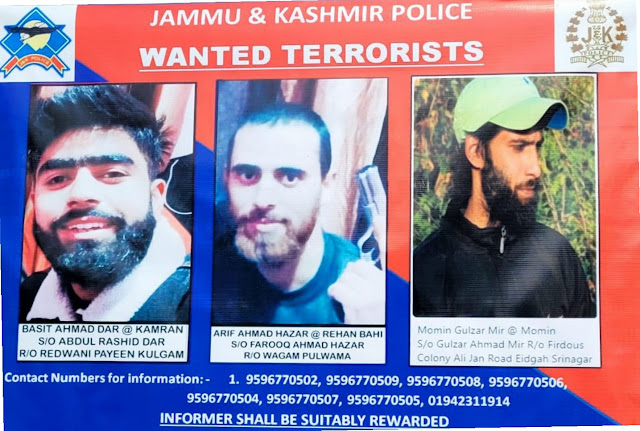 The terrorists have been identified as Basit Ahmad Dar from Kulgam, Arif Ahmad Hazar from Pulwama and Momin Gulzar Mir from Srinagar.

The police have also released the contact numbers to reach out to the informers. "The informer shall be suitably rewarded," said the poster released by the police consisting of the pictures of three terrorists.
R

iNorthernerOn9 said:
You guys... now be rest assured... it's no longer a rumor or talking point... they indeed are getting a hybrid Presidential system where President would be elected but governors would be appointed. (Islami-sadarati-nizam)
Click to expand...

Will they ammend the Constitution for this to happen?

Jimih said:
Will they ammend the Constitution for this to happen?
Click to expand...

What is constitution? A Bloody piece of paper... yes that's all... no need to get offended

It's not their problem if many on this side of the border take own constitution as holier than thou... (especially for point scoring in debates to gain high ground)

But for them Islam & Survival of their Islamic state for continous Jihad against Hindu India is Supreme... not their constitution

In the troubled times they are facing... Bringing in Presidential system would serve achieving 1 party rule same as their Cheeni Abba & give an illusion of hope to Jungjoo qaum to cope for some more time... atleast that's what their plan is... but would it go that way... doesn't seem so... remains to be seen

as per the plan of the GHQ... this change will give 'hopium' to Jungjoo qaum to take 'copium' for some more time... but will it be so?

As per Major Gaurav Arya... "continous search of the Maseeha"

are trying to get Chinese Hypersonic missiles to counter S-400

are trying to get Chinese Hypersonic missiles to counter S-400
Click to expand...

S-400 is for all kinds of non-maneuvering targets... i.e. only fighter jets will not be attempted at longer ranges.

Taliban or key for pok

are trying to get Chinese Hypersonic missiles to counter S-400
Click to expand...

You have a non elected judiciary acting as third house of parliament because of the basic structure horseshiet a fraud committed upon people of BHARAT.

Even Pakistanis make fun of this clown and tells the truth

iNorthernerOn9 said:
S-400 is for all kinds of non-maneuvering targets... i.e. only fighter jets will not be attempted at longer ranges.

S400 primary role is intercepting aircraft’s. For ballistic missile shield India needs an ABM which can neutralise Pakistani missile during boost or immediately after boost stage as the distance is very near and time to intercept is very low.