On one hand it strengthens our social and trade relations with Myanmar, Bhutan, Nepal and Bangladesh, while also strengthening India's Act East Policy: PM @narendramodi

He is talking about strengthening relationship with neighborhood and also working with SEA countries.

so this kind of stupidity is very common in Nepal cabinet! 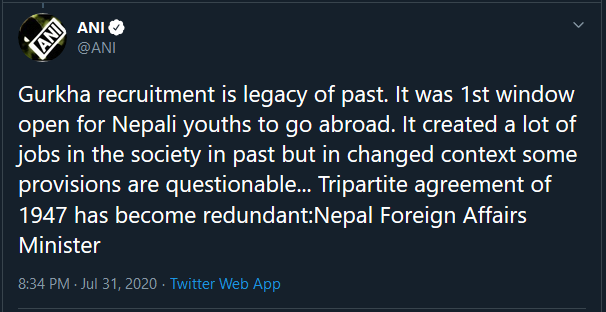 At this rate, we shouldn't be surprised if some idiot in Nepal starts claiming the moon

12arya said:
so this kind of stupidity is very common in Nepal cabinet!

India should not change any of its policies due to this Nepali government which is Chinese stooge for all practical purposes. Let them make as much noise as possible.

Let them go to UN and make their claim.

BIG | #Nepalese journalist Balaram Baniya, who broke the news of Chinese territorial encroachments on Nepal border, has been found dead under mysterious circumstances.

So Indian Military Academy is also in Nepal, if Oli is to be believed! 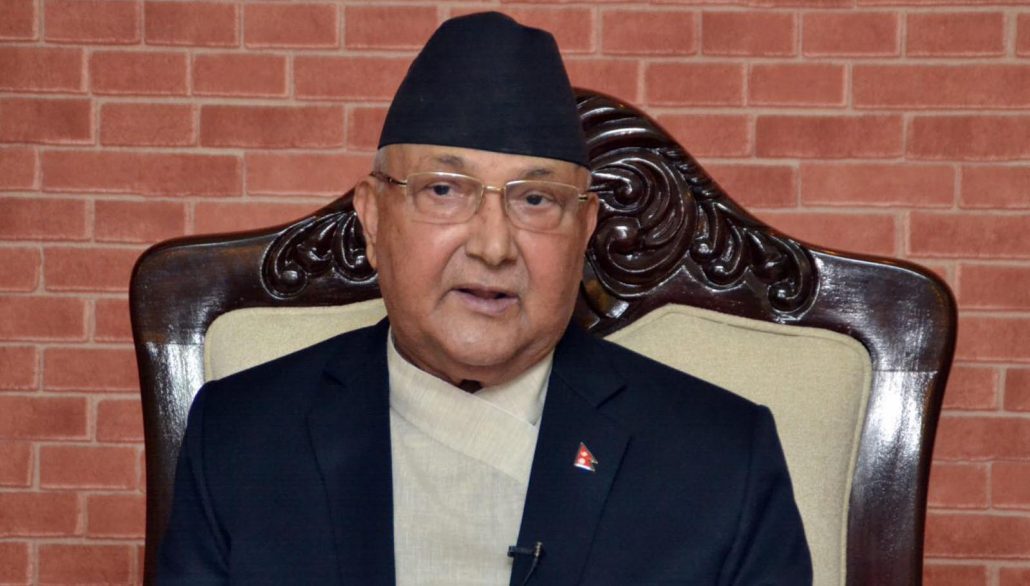 The tension between Indian and its Himalayan neighbour Nepal is likely to mount again as Nepal continues to provoke India. | OpIndia News 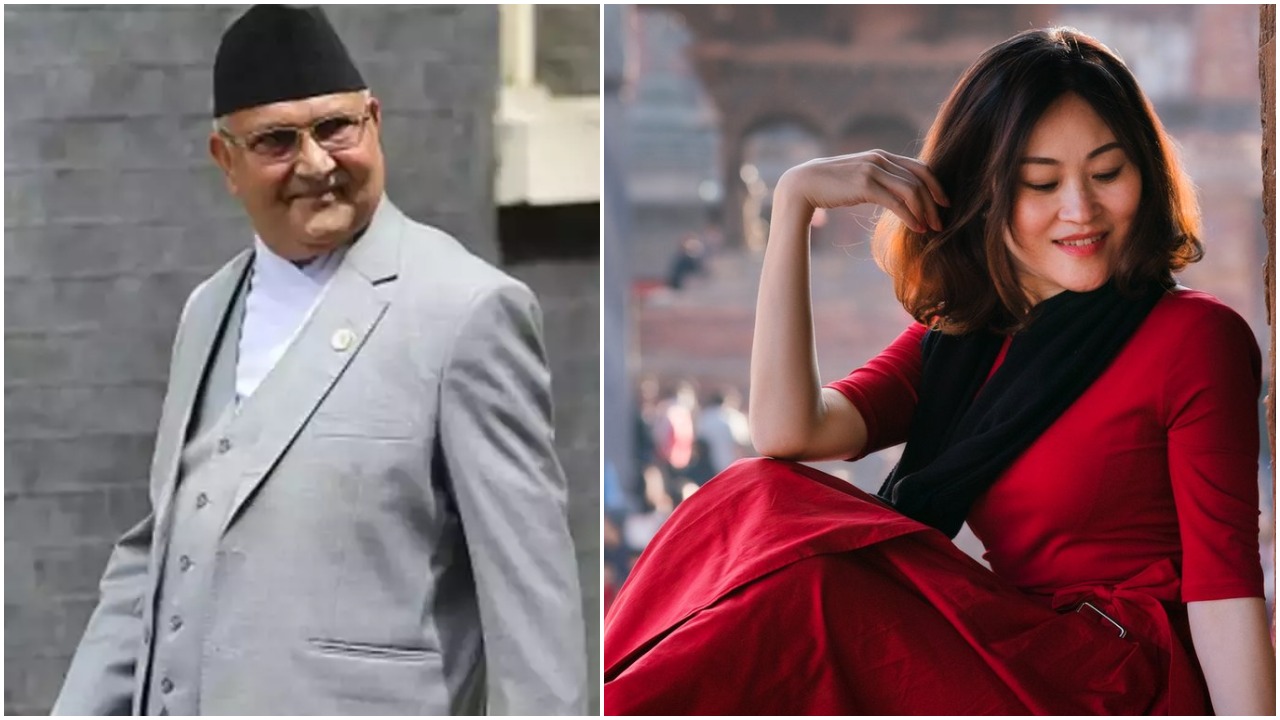 As per reports, the ban is not official and has been brought in by cable operators. Nepal's Nepal’s information minister Yuba Raj Khatiwada, when asked whether the Nepalese government is mulling a ban on Indian channels, had stated that it would be better if Indian media practises...

As per reports, the ban is not official and has been brought in by cable operators. Nepal's Nepal’s information minister Yuba Raj Khatiwada, when asked whether the Nepalese government is mulling a ban on Indian channels, had stated that it would be better if Indian media practises...

The man is screwing up his country for screwing a woman from the #PaperDragon? However, it is no uncommon across the subcontinent. For some strange reason, our government does not conduct investigations into journalists, Aman ki Tamasha gang and dozens of other 'activists' and 'intellectuals'.

I wonder how do political/bureaucratic icons just fall for honey traps despite knowing that they exist in their line of work?

Nepal Prime Minister KP Sharma Oli has shunted out the country’s deputy PM Ishwar Pokhrel out of the defence ministry in Wednesday’s cabinet reshuffle, a move seen as an effort to reset ties with its giant neighbour India, people familiar with the matter said. As defence minister, Ishwar Pokhrel had been one of India’s sharpest critics in PM Oli’s cabinet.


The change of guard at the defence ministry - PM Oli will hold the charge of this portfolio - has been timed ahead of the Nepal visit of Indian Army Chief General MM Naravane on November 3.

Pokhrel has been attached to the Prime Minister’s Office, an assignment that Nepal media said, effectively means he will be a minister without portfolio.

Back in May this year when General Naravane had hinted at China’s role in Nepal’s shrill reaction to an 80-km road to Lipulekh built for pilgrims to Kailash Mansarovar in Tibet, Ishwar Pokhrel had sought to provoke Gurkha soldiers who have been an integral part of the Indian Army for decades.

Gen Naravane’s comment had “hurt the sentiments of the Nepali Gurkha army personnel who lay down their lives to protect India”, Pokhrel had said, claiming that Gurkha soldiers in the Indian army wouldn’t respect their superiors after Gen Naravane’s comment. There were other offensive remarks by the minister as well.


Nepal watchers say Pokhrel had recently also opposed General Naravane’s November 3 visit to the Himalayan country and wanted India to first sit across the table to discuss the boundary dispute between the two countries.

Pokhrel would often have run-ins with his own army chief General Purna Chandra Thapa as well. Gen Thapa, for one, had refused to play his game over the Lipulekh row when he declined to issue a statement. A report in the Kathmandu Post said General Thapa had also been upset about the minister dragging the armed forces in a row over the purchase of medical equipment to fight Covid-19.


Pokhrel, who was considered one of PM Oli’s most-trusted lieutenants, faced corruption charges in the procurement of medical equipment from China and has also been blamed for messing up Nepal’s handling of the coronavirus crisis. PM Oli had appointed him to lead the country’s high-level Covid-19 crisis management centre.

PM Oli had laid the groundwork for his India outreach in August when he dialed Prime Minister Narendra Modi to greet him on the occasion of India’s 74th Independence Day. Last month, he stopped the distribution of a new text book that included the country’s revised political map that has riled India. The map shows three strategically-important Indian areas as part of its territory.

What use of all hot Chinese ambassador cunt and paisa if he isn't alive to spend it?

garg_bharat said:
Interesting thought. RSS type org in Nepal is quite possible. But remember Nepali politics can be brutal (violence prone). So it will be like warfare from day 1.
Click to expand...

Actually RSS is already there.

The HSS was established in Nepal around 1992 by a group of Nepali students who were influenced by leaders of the Hindu nationalist RSS while studying in India. The two bodies share a similar Hindutva ideology. Their presence is particularly prevalent in the Terai region and they have regimented programs of education, dissemination of ideology and exercise as elsewhere in the world.

The Nepali HSS has been among several groups campaigning for a reversal of Nepal's 2006 decision to become a secular state after years of being ruled by a Hindu royal family. They say that the king had not favoured Hindus, that the decision was engineered by anti-Hindu groups, included communists and missionaries, and that in any event, it was unnecessary because there had been no persecution of religious minorities under the previous system. Among their demands has been that only Hindus should be appointed to high official posts.

Well this is turning to be a bit of strange...

Goel and team had flown to Kathmandu on a special flight. They were said to have also met Leader of Opposition Sher Bahadur Deuba, former Prime Minister Baburam Bhattarai and Madhes-based leader Mahantha Thakur separately during their nearly 24-hour stay in Nepal where there is fresh political turmoil.


The R&AW chief’s visit, ahead of Indian Army chief General M M Naravane’s scheduled visit next month, comes at a time when India and Nepal are attempting to repair ties, severely strained following escalation of the boundary dispute and Nepal’s publication of a map this summer to include areas of the Indian state of Uttarakhand.

Prachanda, it is learnt, told his followers that though he has the responsibility to keep the party unity intact, Oli’s “misdeeds” may compel him to take the government to task.

“Such a meeting, keeping the party and the ministry concerned in absolute dark, calls for an explanation from the Prime Minister,” Prachanda told a gathering that included two ministers.

Khanal and Madhav Nepal, it is learnt, also said such a meeting between the Prime Minister and the R&AW chief “in a clandestine manner was detrimental to national interest”.

Meanwhile, the Prime Minister’s press advisor, Surya Thapa, said Goel had a “courtesy meeting” with Oli. He said Goel had underlined smooth Nepal-India relations, resolving pending problems through dialogue, and continuation of mutual cooperation. He did not elaborate further.

Former Foreign Affairs Minister and NCP central secretariat member Narayan Kaji Shrestha wanted to know the nature of Goel’s visit – if it was in personal or official capacity – and the agenda of the discussion with the Prime Minister.

Bhim Bahadur Rawal, former Defence Minister and member of the party’s standing committee, said the timing and manner of the meeting was “not appropriate”.
Click to expand...

Kumata said:
Well this is turning to be a bit of strange...

I am weeping for Oli..

This guy has been having the greatest time at the fag end of his life with a hot babe and our RAW guys go and throw Mirchi..

What is this?!!
Can't a guy even sell his country for a commie babe without kabab mai haddi?
Last edited: Yesterday at 7:11 PM

prasadr14 said:
I am weeping for Oli..

This guy has been having the greatest time at the fag end of his life with a hot babe and our RAW guys go and throw Mirchi..

What is this?!!
Can't a guy even sell his country for a commie babe without kabab mai haddi?
Click to expand...