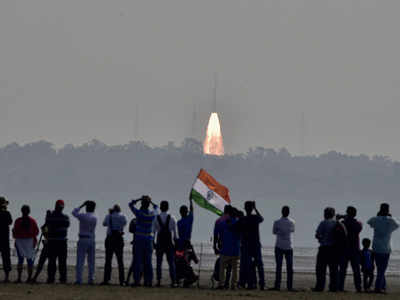 People watch as a rocket from Space agency Indian Space Research Organisation (ISRO) takes off successfully to launch a record 104 satellites. PTI photo
HIGHLIGHTS
WASHINGTON/LONDON: India has emerged as a "key player" in a growing global commercial market for space-based surveillance and communication, world media commented on Wednesday after the country scripted history by successfully Polar Satellite Launch Vehicle PSLV-C37 on Wednesday injected India's weather observation Cartosat-2 Series satellite and 103 nano satellites, including 96 from the US, into orbit after a textbook lift-off from Sriharikota space centre.

The launch was "another success for the Indian Space Research Organisation, which is rapidly gaining a reputation globally for its effective yet low-cost missions," The Washington Post said, noting that India has already sent up dozens of satellites, including 20 at once last year.

The New York Times said that by sending a flock of 104 satellites into space within minutes, nearly tripling the previous record for single-day satellite launches, establishes India as a "key player" in a growing commercial market for space-based surveillance and communication.

"The launch was high-risk because the satellites, released in rapid-fire fashion every few seconds from a single rocket as it traveled at 17,000 miles an hour, could collide with one another in space if ejected into the wrong path," the paper noted.

"Forget the US versus Russia. The real space race is taking place in Asia," CNN commented.

London's Times newspaper reported that by today's feat, India has reinforced its ambition to join the elite space-faring nations.

Many of India's landmark missions have cost far less than their equivalents in Russia, Europe and the US. Isro's Mars mission cost $73 million , compared with Nasa's Maven Mars launch, which came in at $671 million, the British paper pointed out.

UK's Guardian newspaper, commented that the record-breaking space launch will help India to cement its place as a serious player in the burgeoning private space market.

"India, which became just the sixth nation to launch its own rocket in 1980, has long made space research a priority. The Indian government has increased the budget for its space programme this year and also announced plans to send a mission to Venus," the British paper said.

The BBC, quoting observers, said today's space success was a "sign that India is emerging as a major player in the multi-billion dollar space market."

"The successful launch is yet another feather in the cap of India's ambitious space programme that has earned a reputation of offering a reliable low cost alternative to existing international players," it said.

Over the past two decades, India has become a key player in the lucrative commercial space market offering a low-cost alternative, the British public broadcaster said.

India is not a key player. India is one of the very few leading players in space exploration.

This one from the magazine, 'VERGE' is a good read. Gives one the gen about the Dove sats launched..... 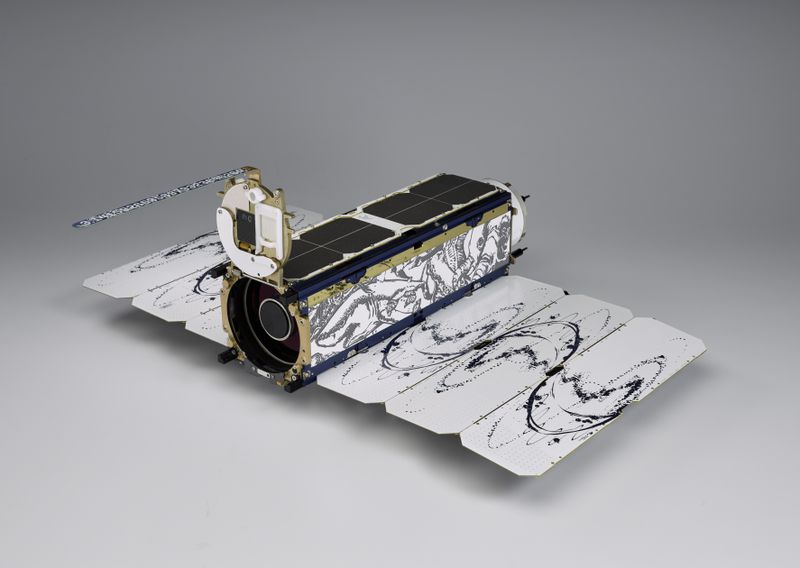 Record-breaking 104 satellites launched into space by a single rocket
http://www.theverge.com/2017/2/14/14601938/india-pslv-rocket-launch-satellites-planet-doves

sorry to rain a little ...maybe call it a drizzle

not having put a man in space like china and not having a space station like some others im sorry but we are not a major player .....we are nevertheless for sure A player , one of the few but not a key player ...
we have succeeded admirably compared to our own previous attainments but then again ,
lets not get too puffed-up about it

we still seriously trail behind ccpchina

European Arianne has much higher payload capability,more than 20,000 kg.We need to work on that
You must log in or register to reply here.
Similar threads
India Needs More Aircraft Carriers But Not At The Cost Of Key Strike Elements
US sees India as key nation in Asia Pacific region: Pentagon
Parrikar may unveil key ‘strategic partnerships’ policy at Aero India
INDIA GIVES FOUR MILITARY HELICOPTERS TO AFGHANISTAN BEFORE KEY MEET
Share:
Facebook Twitter Reddit WhatsApp Link