India is not moving to Counterforce Doctrine 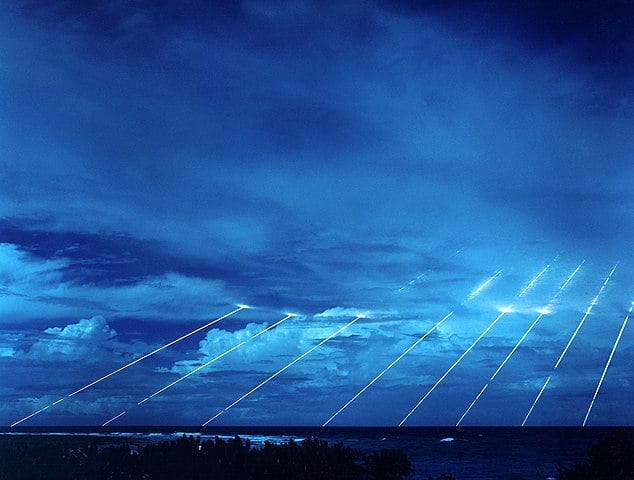 There has been a lot of speculation on India’s nuclear doctrine since Vipin Narang, a nuclear strategist from the Massachusetts Institute of Technology, said, “There is increasing evidence that India will not allow Pakistan to go first,” at a conference on nuclear policy hosted by the Carnegie Endowment for Internation Peace, a Washington-based think tank. Referring to an India-Pakistan war scenario, Narang added that India’s opening salvo may not be conventional strikes trying to pick off just Nasr batteries in the theatre, but a full comprehensive counterforce strike that attempts to completely disarm Pakistan of its nuclear weapons.
This is a big claim. The pieces of evidence cited for this claim are: India’s focus on developing highly accurate missiles, acceleration of ballistic missile defence (BMD) and the development of multiple independently targetable re-entry vehicle (Mirv) capabilities for its missiles. None of these moves sufficiently explains a possible change in India’s nuclear doctrine.
First, the development of accurate missiles is being undertaken as India’s yield of nuclear weapons is 15-20KT (kilotons) for its fission warheads and 250KT for thermonuclear warheads. The destruction caused by nuclear warheads goes down exponentially as the distance increases from the centre of the blast, hence the move towards improving the accuracy of weapon delivery systems.

Second, BMD is a defensive mechanism aimed at neutralizing a nuclear attack rather than conducting a counterforce first strike. A BMD forces the enemy to reassess the number of warheads it requires for destroying a target. This imposes costs in terms of producing more warheads, delivery platforms, and the cost of maintaining and securing them.

Finally, India is developing Mirvs not for first strike but to retain a credible second strike option if India loses some of its missiles to an enemy first strike. For example, if India has 20 intercontinental ballistic missiles (ICBMs) with 6 Mirvs, and 30% of them are taken out by an enemy in a first strike, India will still be left with sufficient missiles and warheads to strike back and impose unacceptable damage on the enemy.

Moreover, a counterforce strike is a lot more complex and taxing than both first use and second strike. First use may be on countervalue and/or counterforce targets or ones that overlap and it may not be a surprise or a pre-emptive strike. On the other hand, a counterforce strike is a surprise nuclear blitz on the enemy’s missiles, C4I (command, control, communications, computers, and intelligence), military infrastructure and war- fighting capabilities. It requires a large number of warheads, missiles, accurate and round-the-clock intelligence, surveillance, target acquisition and reconnaissance (Istar).


The enormity of the task to track hundreds of road mobile missiles and other military targets can be gauged from the fact that after the 26/11 attacks on Mumbai, the Indian Air Force was ready to strike Pakistan, but did not have the precise targeting coordinates of terrorist camps and other relevant targets.

The current estimate of India’s nuclear arsenal, based on Western think tanks, is about 100-120 warheads, which, according to some experts, is not good enough for a minimum credible deterrence, let alone a counterforce first strike to disarm Pakistan. Most importantly, the financial cost of a first strike doctrine will be prohibitive for India.

What needs to be remembered is that Pakistani missiles are road mobile on transporter erector launchers (TEL). Conventional missiles can take them out if the need arises; there is no need for nuclear missiles to accomplish this task. The US and USSR made megaton warheads for counterforce strike because they had missiles in hardened silos.

If India has precise intelligence on Pakistani TELs, it can quickly take them out using Brahmos missiles which travel at three times the speed of sound or any other conventional munition.

If Pakistan uses tactical nuclear weapons (TNW) even on its soil on Indian troops, India, according to its stated doctrine, will undertake massive retaliation, which was thought to be countervalue strikes on Pakistani cities. Recently, this has been misinterpreted by some analysts as a counterforce first strike. India using nuclear weapons after Pakistan’s use of TNW will not be a first strike but a retaliatory strike. India would be free to take out Pakistani targets like the Pakistan army headquarters in Rawalpindi, which is an example of an overlapping counterforce and countervalue target.

The talk of counterforce first strike is destabilizing and dangerous. Instead of deterrence, it moves to the realm of fighting a nuclear war and trying to win it. It means hundreds if not thousands of warheads on hair-trigger alert and the risks that come with it.

This article was first published here

Great stuff
good
You must log in or register to reply here.
Similar threads
Why are we not allowed to buy lands or freely move in North east India?
Project Sagarmala: India moving toward an Economic Superpower
India moving 100 tanks near China border
Pakistan to move Court of Arbitration against India
Share:
Facebook Twitter Reddit WhatsApp Link