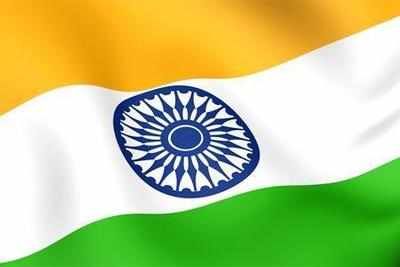 File photo
HIGHLIGHTS
NEW DELHI: Pakistan is reportedly not happy with India yesterday installing what is its tallest and heaviest flag that can be seen from Lahore.

The flag was installed very close to the India-Pakistan border in Attari . This installation is 110 metres high, 24 metres wide and weighs 55 tons. The cost to make it - a whopping Rs 3.5 crore.

Islamabad believes India could use this giant flag for espionage purposes, ANI reported. Pakistan's Rangers have also reportedly conveyed its unhappiness to the Border Security Force and asked India to move the flag away from the border.

This flag was a project of the Amritsar Improvement Trust Authority of the Punjab government. Punjab minister Arun Joshi told reporters it was his dream project.


"With the Model Code of Conduct for the Assembly elections being in place in the state, the minister got special permission from the Election Commission for the inauguration," officials said.

Amritsar already has a 170 foot tall flag in the local Ranjit Avenue Public Park. Plans to hoist the colossal tricolour on Republic Day were delayed due to some technical reasons.