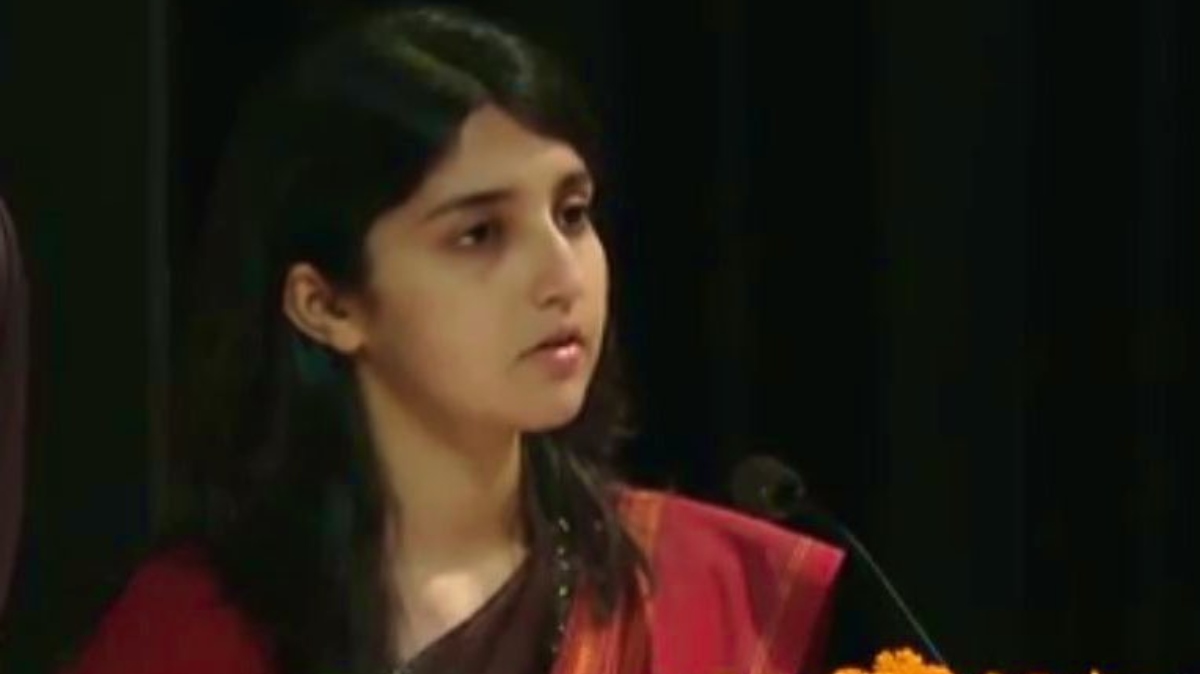 The sudden 'mic failure' at the UN Sustainable Transport Conference hosted by China from 14 to 16 October created a flutter and took several minutes to restore.

It was in Madhya Pradesh.

mist_consecutive said:
Okay, so according to these articles - 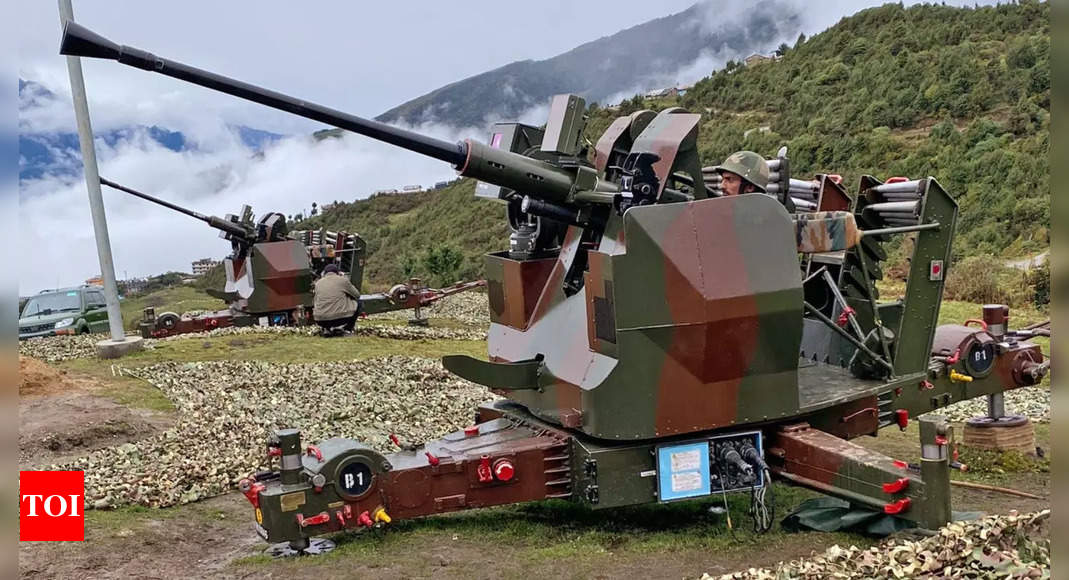 India News: The big guns are ready to boom if required in this high-altitude region. Ahead of the artillery and air defence gun positions, companies of acclimatis 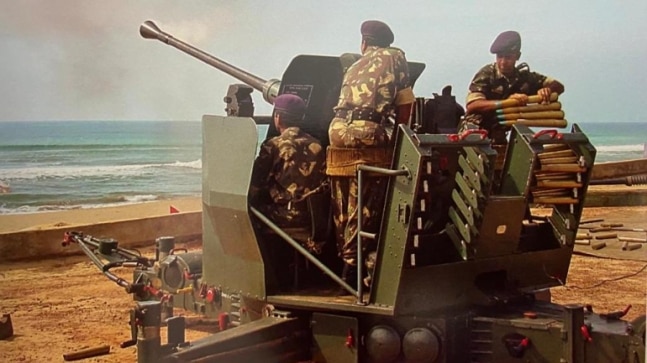 The modifications include:-
This makes L70 on par with any modern anti-air gun. It will also be effective versus swarm drones and any low-flying aircrafts or missiles.
Click to expand...

they had finished design and testing by 2017, swarm drones came into indian public attention only recently. 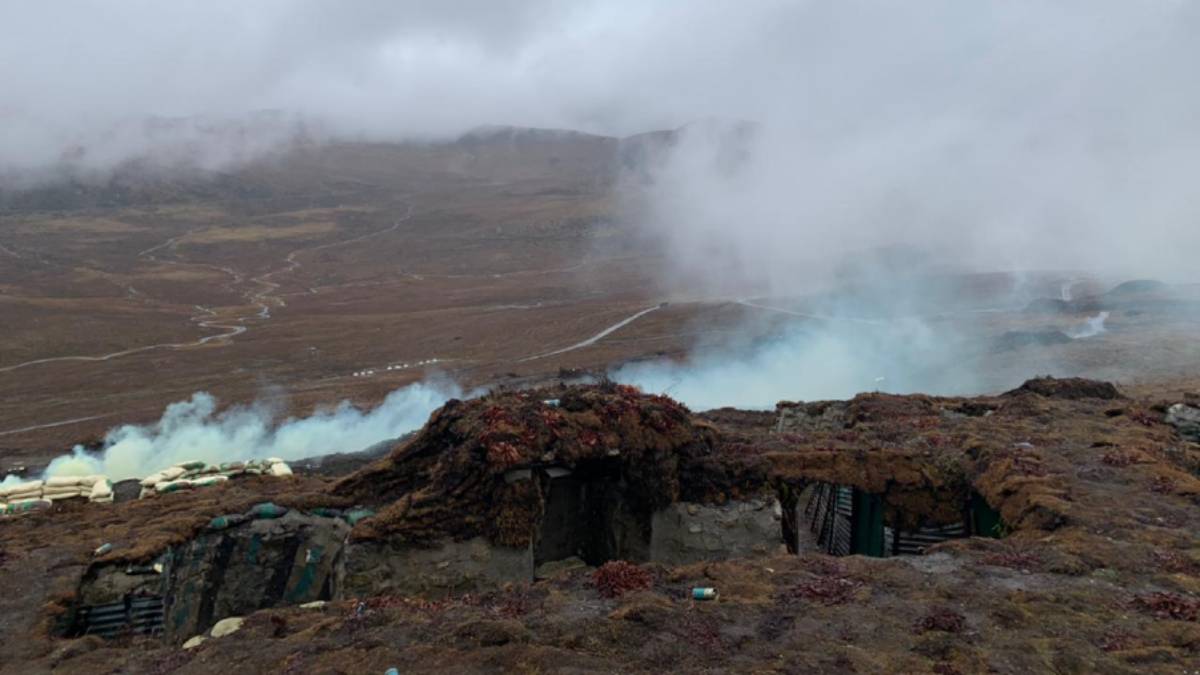 India has set up a series of Integrated Defended Locations along LAC, under which focus is to disarm enemy offensive through mix of layered underground bunkers, minefields & other equipment.

FalconZero said:
From a noob perspective that sounds like a risky and a bit most costly affair. And examples of USA doesn't work because they were attacking goatshaggers in the middle of the desert or goatshaggers operating old s300 etc.

But china has already covered s400 just at the LAC along with their other ADs, that's very concerning. So to tackle their arty/mlbr you will need air strike but to make it effective you will have to take down their ADs and for that what we are going to use? Brahmos? Rudram?

Also, one query can SAAW be used for taking down ADs?
Click to expand...

So, as part of any modern offensive as observed in the last 20 years, the first step is Suppression of Air Defense (SEAD).
This includes the use of widespread EW to make enemy radars & SAMs blind while anti-radiation missiles and precision-guided weapons take out radars & SAMs.

We have all the above elements to mount an effective SEAD operation with Rafales + Su-30MKI doing EW, Rudram, Spice, and SAAW will be used to take out radars and SAMs.
For highly protected & sensitive targets like S400, HAROP loitering munition, and SCALP stealth cruise missiles will be used.

And S300 is a pretty formidable SAM. Let's not berate it because Azerbaijan saturated it with drones and Armenia lacked any credible air force and layered air defense to protect it.


ezsasa said:
on the swarm drones bit, did BEL or any other official agency say that it can handle swarm drones?

they had finished design and testing by 2017, swarm drones came into indian public attention only recently.
Click to expand...

Not from BEL, army mentions it as effective against swarm drones -

. “This system will be more effective against swarm drones, because the upgraded gun can spew out predictive fire in the future position of the swarm, saturating the area with predictive fire,” says Lt general V.K. Saxena, former DG, Army Air Defence.
Click to expand...

So we start again

Off topic but interesting 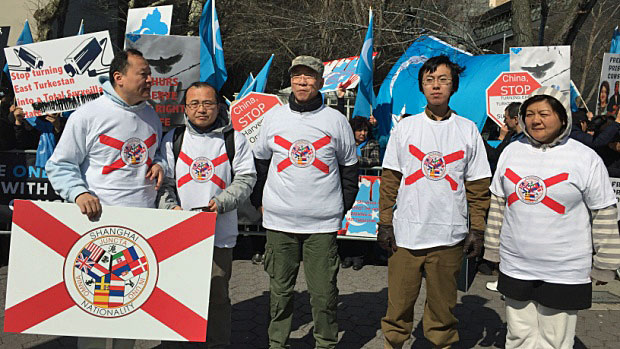 "The founders of the Shanghai National Party, many of whom live in New York state, say they want to campaign for "independence and autonomy" for the city, which currently takes its orders direct from central government in Beijing."
M

Luckily the pilot survived, but we lost an invaluable M2K. 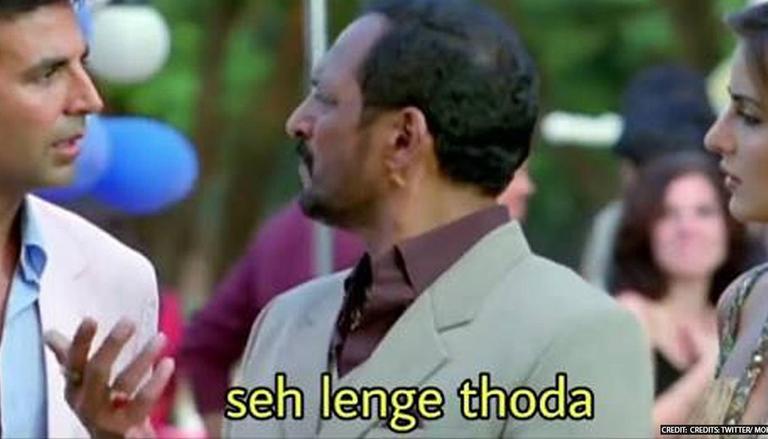 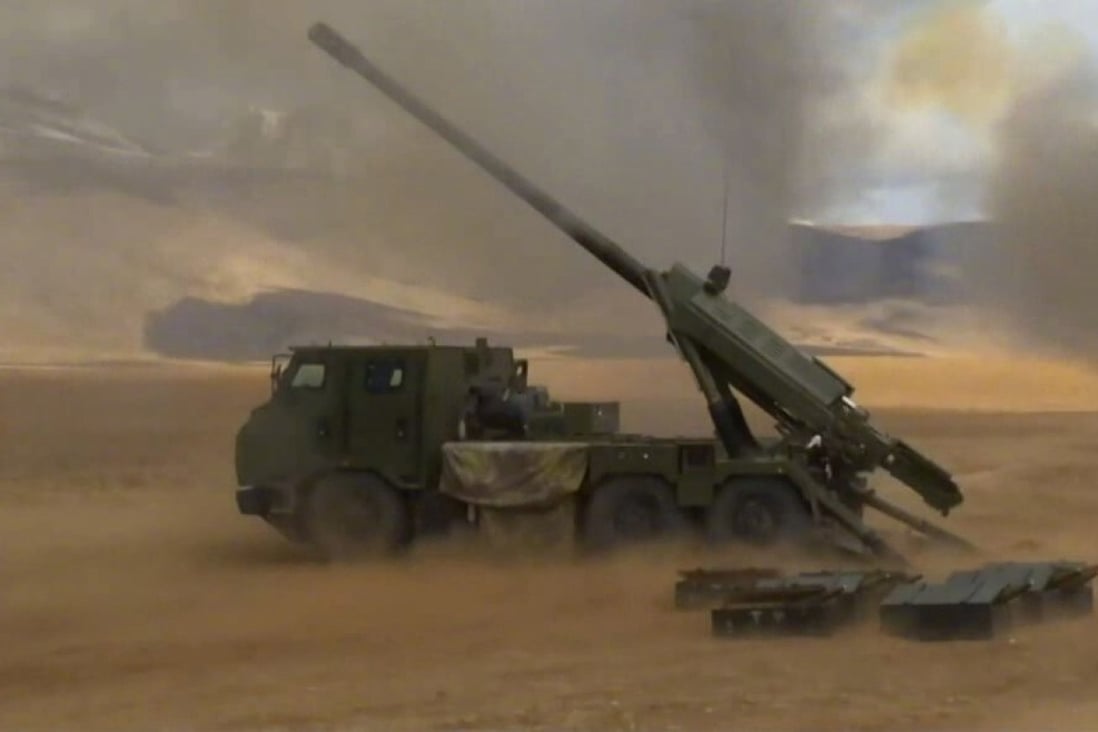 The PLA’s PCL-181 advanced vehicle-mounted howitzer weighs about 20 tonnes. Photo: Handout
China has deployed more than 100 advanced long-range rocket launchers to its high-altitude borders with India, according to a source close to the Chinese military, as the two sides remain deadlocked over their protracted boundary disputes.
The source said the People’s Liberation Army was ramping up defences in preparation for the Himalayan winter and in response to the Indian Army’s deployment of three regiments with M777 ultra-light howitzers along the contested Line of Actual Control (LAC) with China.
“The PLA has deployed more than 100 PCL-181 light, truck-mounted howitzers along borders with India. The firing range of this Chinese-developed launcher is double that of the M777,” the source said.
“The latest development of the border talks reminded the PLA to remain vigilant even though winter is coming.”
In yet another round of border talks earlier this month, PLA military commanders failed to persuade their Indian counterparts to pull back more troops from the strategic area in the high-altitude Depsang Plains, Bloomberg reported on Monday.


With no resolution in sight and winter on the way, Chinese and Indian troops have been stockpiling supplies, as the region becomes inaccessible.

As part of those preparations, both sides have been fortifying their border defences with the short-range weapons in recent months.

Indian media outlets reported in September that the Indian Army had used helicopters to deploy the M777s to the front line, while other heavier artillery guns were transported in via roads built in the past few years.

And in China, state broadcaster CCTV reported in August that PCL-181s had been deployed at the border. The report said the 181 was only 20 tonnes so the PLA’s biggest military transport aircraft could carry at least two and other supplies to front lines in one flight.

The M777 howitzer is a towed 155 mm artillery piece. Photo: Handout
China has also been equipping troops in high-altitude areas in the country’s west with long-range launchers.

In April, CCTV reported that another artillery brigade equipped with the more powerful PCL-191 vehicle-mounted howitzers, which have a longer range than the 181s, had been sent to an area 5,200 metres (17,000 feet) above sea level in Xinjiang.
The PCL-191 launcher can carry bigger rounds than ones loaded by the PCL-181, extending its firing range up to 500km (310 miles), according to Chinese military magazine, Modern Ships.

Macau-based military expert Antony Wong Tong said China had the advantage with both powerful short and long-range launchers in the border area.

“In terms of weapons and equipment, the PLA has overwhelming superiority … but the most challenging enemy in the winter is not weapons, but the weather,” Wong said.

Rajeev Ranjan Chaturvedy, associate professor at Nalanda University, said the Indian military had also made contingency preparations for the winter deployment.
“India is mindful of numerical asymmetry with the PLA. So, rather than matching numbers, India’s focus has been tapping technology,” he said, adding that the Indian military has a huge experience in the winter conditions.


Beijing-based military expert Zhou Chenming said the PLA’s Western Theatre Command, which oversees the borders with India, had increased grain storage in frontline observation posts along the LAC for the winter.

“Enough food, water and other supplies to feed the troops for up to four months should be delivered to troops stations in the mountains as traffic will be cut from November,” Zhou said.
“The first priority of the PLA soldiers is to learn how to survive on their own during the winter.” 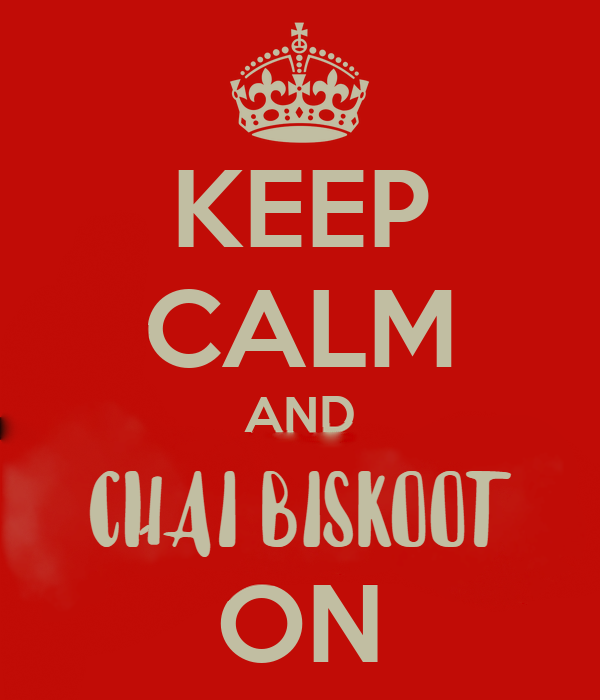 The US Army Aviation units are much larger. A single Indian Army Aviation Unit usually has only 10-12 helicopters/drones. A brigade would be 3-4 units. So maybe the composition is:-
10 ALH Dhruv
10 Cheetah
10 Heron
10 Rudra (Maybe)

Mi-17 and Chinook are Air Force heptrs. I will party the day Air Force allows Army to have its own medium lift heptrs like Mi-17 that the Army has been begging for under the Tactical Battlefield Support Helicopter (TBSH). Forget heavy lifters like Chinook, that is not happening.

EDIT: Also, your ORBAT for US Army Aviation is wrong. Kiowas have already been retired and replaced by Apaches. As to why one would replace a Scout Heptr with Apache, I don't know. Maybe being done to continue the stupid American Officer tradition of using Recce units as fighting force.

Maybe they are going to release photos or videos.

Maybe they are going to release photos or videos.
Click to expand...

Depends on context. He may be speaking of the new "non-contact warfare" doctrine under formulation at IHQ.

The Chinese govt will simply call these Chinese-Americans "Foreigners" and people who have no stake in China's internal matters, but it and Pakistan will use Fake Kashmiris living in foreign countries to dent the image of India and portray it as the Aggressor.
You must log in or register to reply here.
Similar threads
MoU on China-Bhutan boundary talks 'breaks deadlock caused by India, paves way for diplomatic ties'
India’s trade with China soared 62% in H1
Popular Russian video on India China and Indian build up at Andaman and Nicobar
China-India: contours of a conflict to come
Share:
Facebook Twitter Reddit WhatsApp Link