The only problem I see here is Russia doing the bidding on China's behalf. The joint statement has Russian influence all over it.
Russia got China a favourable statement from us in exchange for a favorable statement that we got from Russia during the NSA level meet on Afg earlier.
So 1) Russia failed to coerce China to be a part of NSA level meet and 2) is now firefighting on China's behalf.
It's evident Russia is losing the appetite needed to be a "superpower".


Also, we got some (new) lip service in exchange for the Olympic green signal.

They never mentioned 'India' or 'Indian Army' by name when reporting deaths or military exercises or border problems.

even chinese was confused ,

its was clash with "foreign army" in tibet border.
Click to expand...

Lancer said:
Surprised nobody's talking about the rumors of a deal for production of 50 more (upgraded?) Flankers with Russia.
Click to expand...

since It is Russian deal, we will keep talking about it for years. No hurry..

mist_consecutive said:
IMO it is possible Russia is planning to annex Ukraine and Putin came to get India's support.
Click to expand...

Anything on the mothballed mig-29s we were going to buy ?

At this point it seems that even if someone invades the US, they're going to only sanction them economically and not take any military action
A

Russia, India to counter any attempts to substitute ASEAN with bloc formats — Lavrov

The Russian foreign minister stressed that India had ‘distanced itself distinctly’ from AUKUS, meanwhile participating in a four-party dialogue on security Quad

Hinting toward QUAD as well?

I think they want to concentrate on saving Taiwan as of now.


Well, Ukraine is now done.
B 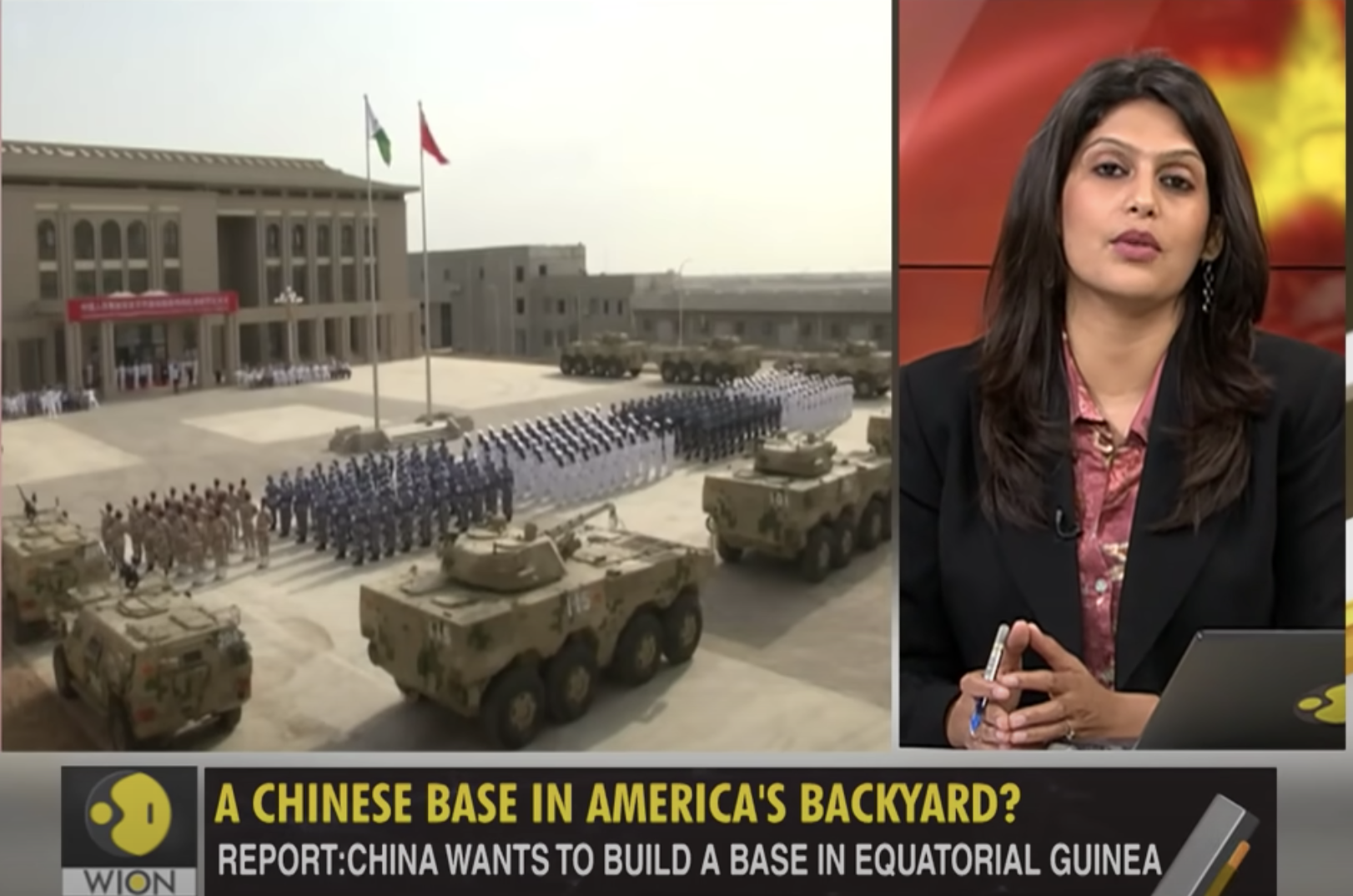 Just saw this news update on WION. According to Palk's findings, CCP is looking to set up a base in Equatorial Guinea for direct access to the Atlantic. This follows the tell-tale signs that we see in Gwadar and Sri Lanka - started off with a commercial seaport developed for the Guinean government, and using that as a 'payment', building the new military base.

The reason why I posted that picture was to highlight the Mobile Gun System that the Chinese have inducted in large numbers. Meanwhile, TATA-DRDO Kestrel is still undergoing trials in Ladakh.

The lack of Kestrel already in the military is a worrisome sign. We don't need light tanks; we need MGS and APCs there as light and swift mobile armour whenever shit hits the fan. T-90s can be the 'heavy' armour that can supplement Kestrels.

Interestingly enough, Kestrels already have obtained export clearance from the Government back in 2019.

So what the heck are we playing at with their trials? Is trials some sort of cover word when we don't want to release the info that it has been inducted?

China is not occupying Australian or US land but they are still boycotting them.

Australia joins US in diplomatic boycott of Beijing 2022 Winter Olympics


(CNN)Australia will join the United States in a diplomatic boycott of the 2022 Beijing Winter Olympics, Prime Minister Scott Morrison said Wednesday.
Morrison said while Australian athletes will still attend the Games in February, the government will be keeping official representatives at home.

We have to join countries that are diplomatically boycotting Beijing Olympics. It does not bring any value but it sends a message.
It's shameful that even countries like UK who have no significant dispute with China are diplo boycotting it, but not us!
Very regrettable!
Lavrov took Jaishankar for a good ride this time.
Why our policy planners so incoherent and suffer from dissociative personality disorder?

Tomorrow will Russia accept India's demand to publicly thumbs up any US led initiative?

We should backtrack from the joint statement and diplo boycott Olympics. It will display our pragmatism, and it will send a message to Putin that our dispute with China is NO child's play.

I do not think Putin/ his FM takes issues which involve India's sovereignty seriously.
A

China is not occupying Australian or US land but they are still boycotting them.

Australia joins US in diplomatic boycott of Beijing 2022 Winter Olympics


(CNN)Australia will join the United States in a diplomatic boycott of the 2022 Beijing Winter Olympics, Prime Minister Scott Morrison said Wednesday.
Morrison said while Australian athletes will still attend the Games in February, the government will be keeping official representatives at home.

How many athletes are we sending to Winter Olympics?
A

I have a question. Are there any ALG's in northeast which still haven't been activated operationalized?

@ezsasa for those of them who doubted the whities' clique. They are only divided so much

Covfefe said:
@ezsasa for those of them who doubted the whities' clique. They are only divided so much

Basically the '5 Eyes' they will always follow whatever the US will say.