HindaviSwarajya said:
Chinese attacked unarmed indian soldiers with nail sticks who were to check if chinese vacated. So it was planned by chinese. We then did counter attack killing 48 chinese on that day itself in hand to hand fight and many more died later. So its you who broke all the agreements and backstabbed as always
Click to expand...

In which country soldiers go weapon less to check enemies.

Even in village fight people use guns in india. What kind of non sense agreements indian army used to follow before galwan. Accountability lies with current goi, are they sleeping about such agreements after doklam.

This defeatist attitude of MOD and PMO is sickning.

Below entities had systems that communicated to CCP command/control servers:- via twitter 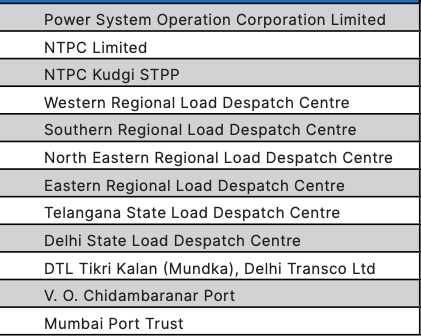 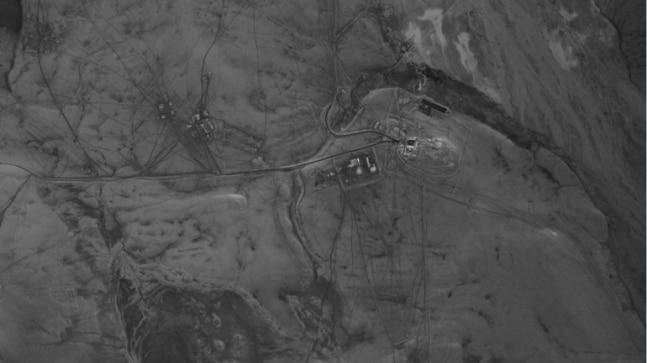 Night-time satellite images have revealed the Chinese buildup in the Depsang region near the Line of Actual Control.

New Delhi: How many soldiers of the Chinese People’s Liberation Army (PLA) were killed in the face-off with the Indian Army at Galwan Valley on 15 June last year? Was it four? Or nine? Or 14?


It seems even the PLA is not really sure.

During various levels of talks with India, Chinese officials have, at different points of time, unofficially, given contradictory figures for their Galwan clash casualties, sources in the defence and security establishment said.

The figures — shared informally, especially in breaktime conversations during dialogue sessions — varied from 5-14, even as China has publicly accepted only four deaths so far.

Contrary to the perception that the Indian side was outnumbered by the PLA in the Galwan Valley, it was the Chinese that faced the brunt and they had to call in reinforcements, which came at night, the sources said.

The entire clash, they added, took place in the Y-junction area, which is within Indian territory, and it was the Chinese that intruded.

While the Indian establishment does not have a concrete figure on Chinese fatalities, their estimate is that the PLA lost between 25 and 40 personnel, including at least one officer.

The Galwan Valley clash marked the first time in 45 years that soldiers died in a clash on the India-China border. Twenty men of the Indian Army, including a Colonel, died in the face-off.

Since India and China followed a no-firing protocol, in line with a 1996 agreement, the Chinese employed crude weapons, including rods studded with nails, in the clash. In the wake of the Galwan Valley episode, Indian soldiers were allowed to open fire at the LAC in self-defence.

Last September, it was learnt, the Chinese told the Indian side that five PLA soldiers, including a commanding officer, had died in the clash. At the time, a top South Block official had said, “If the Chinese are saying five, we can easily double it if not triple it.”

However, the latest revelations suggest the Chinese gave different numbers at different times, with one estimate claiming 14 PLA deaths.

According to the sources, both sides try to source more information from each other during conversations, especially during breaks.

“The Chinese have never officially spoken about casualty figures (during bilateral talks), except once, saying during a higher-level talk that they had also lost a Colonel-rank officer,” a source in the know said.

Another source said, “During the talks, there are various sub teams that are formed for carrying forward the negotiations. During conversations, one Chinese official once said they suffered five casualties. Another time, another claimed nine, and the figure went up till 14 over a period of time.”

It isn’t clear whether the multiple figures given at various points of time was part of a Chinese strategy to confuse the Indian side, the sources said.

“The fact is that the Chinese suffered casualties. It is only now, after several months, that they have accepted the death of four soldiers. Remember that they have honoured four soldiers posthumously and not given out total casualty figures,” a third source said.

The source was referring to the fact that China honoured five soldiers — four of them posthumously — on 19 February, eight months after the clash.

‘Galwan Clash Carried On Through The Night’

Eight months after the clash, a clearer picture appears to be emerging about the circumstances of the face-off.

The Galwan Valley clash, sources said, began at dusk on 15 June and went on through the night. It was only the next morning that the clash stopped and both sides pulled back and picked up their injured, the sources added.

During debriefing sessions with those involved in the clash, it was found that they all only knew and remembered what happened in their immediate vicinity, and not the overall picture, the sources said.

Some soldiers offered vivid accounts of the fight that they had and how they were able to inflict casualties on the Chinese side.

“It was dark and there was total confusion. There was intense hand-to-hand combat taking place through the darkness. The Indian soldiers had fibre sticks with them and the Chinese brought in some crude weapons. In many cases, the weapons were snatched and used on the Chinese,” one of the sources cited above said.

The source added that despite grave provocation by the Chinese, and intense fighting, no soldier opened fire even though they had weapons on them.

“Opening of fire is only done on orders. There was intense physical fighting happening and no one opened fire as the orders were not given. Moreover, in such close combat, opening of fire was also impossible, for Indians and the Chinese, as it could have resulted in friendly-fire casualties on both sides,” the source said.

After new SM rules, he has to justify why he reported such news when govt is saying otherwise. These guys has 2-3 months to fake news. I wish law should be retrospective.
A

SimplyIndian said:
After new SM rules, he has to justify why he reported such news when govt is saying otherwise. These guys has 2-3 months to fake news. I wish law should be retrospective.
Click to expand...

What has he said otherwise??

tarunraju said:
That "cyber cop" has just been outcucked by the State's energy minister. His musings are invalid.
Click to expand...

I don't have much hopes with "cyber cops" They can't even solve ATM hacking cases nowadays .
S

A team of experts in their report to the Power Ministry blamed the engineer and operator on duty for lapses that lead to outage in Mumbai, Power Minister R K Singh told CNN-News18 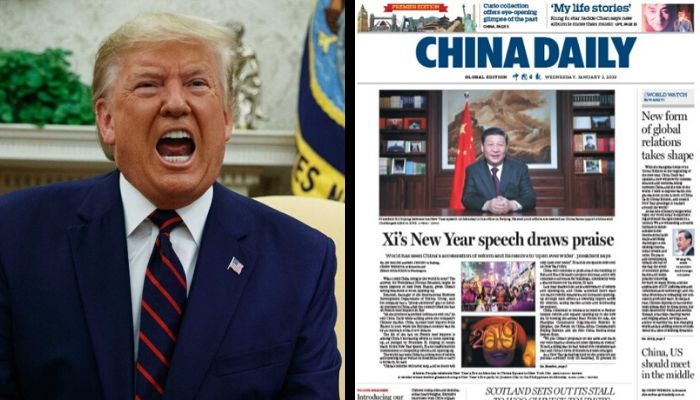 As a part of its campaign to alter the global perception, China Daily has been covertly promoting its stories in foreign newspapers.

mokoman said:
Even those are vulnerable , i think some equipment even run on old windows 2000 .

israelis managed to destroy iranian siemens equipment which wasnt even connected to any network.

only protection is to have some offensive capability.
Click to expand...

It is much easier to be offensive if you control any part of the basic plumbing - OS, hardware, anti-virus software, application software, networking hardware/software, support chips & drivers e.g. wifi, etc. The PRC was quite successful in putting chips / malware in assembled hardware, loading malware onto laptops etc.


“I think the signaling is being done” by China to indicate “that we can and we have the capability to do this in times of a crisis,” said retired Lt. Gen. D.S. Hooda, a cyberexpert.


“I think the signaling is being done” by China to indicate “that we can and we have the capability to do this in times of a crisis,” said retired Lt. Gen. D.S. Hooda, a cyberexpert.

Is Gen Hooda close to the Congress?
S

ClawReed787 said:
Is Gen Hooda close to the Congress?
Click to expand...

There is chatter that China may attack Taiwan this year in 2021 itself.

China is hyperactive on the military front right now. Anything can happen anytime.

garg_bharat said:
There is chatter that China may attack Taiwan this year in 2021 itself.

China is hyperactive on the military front right now. Anything can happen anytime.
Click to expand...

For 70 years china is hyper active on Taiwanese front but nothing happened till now.

this guy is known for hacking repeatedly into pakistan and publicizing sensitive info, he says these articles speaking about an entire grid are an eyewash.

HindaviSwarajya said:
Chinese attacked unarmed indian soldiers with nail sticks who were to check if chinese vacated. So it was planned by chinese. We then did counter attack killing 48 chinese on that day itself in hand to hand fight and many more died later. So its you who broke all the agreements and backstabbed as always
Click to expand...

Well our soldiers were pretty much armed, only blunt cold weapons are allowed and our soldiers carried it....and all the hot weapons had white tape(no loading) on it...what we lacked was proper defense gear like anti riot gear and full face helmets used by PLA, in the postmortem of our soldiers, most deaths took place because of neck injuries(ruptured arteries) and blunt head trauma...only after galwan we decided to equip soldiers with proper anti riot gear with neck protection and face shields.

Ayushraj said:
For 70 years china is hyper active on Taiwanese front but nothing happened till now.
Click to expand...