Sharavathi (Kannada: ಶರಾವತಿ) is a river which originates and flows entirely within the state of Karnataka in India. It is one of the few westward flowing rivers of India and a major part of the river basin lies in the Western Ghats. The famous Jog Falls are formed by this river. The river itself and the region around it are rich in biodiversity and are home to many rare species of flora and fauna.

The Haji Ali Dargah (Hindi: हाजी अली दरगाह) (Urdu: حاجی علی درگہ) is a mosque and dargah (tomb) located on an islet off the coast of Worli in Mumbai. Lying as it does in the heart of the city, the dargah is one of the most recognizable landmarks of Mumbai. Although it is a mosque and dargah, it is very popular among Hindus from Mumbai itself, other parts of Maharashtra and southern Gujarat. It is believed that praying at the dargah helps fulfill one's wishes.

The dargah was built in 1431 in memory of an Islamic preacher, Sayed Peer Haji Ali Shah Bukhari. Hailing from Bukhara, in the ancient Persian Empire and now in Uzbekistan, Bukhari travelled around the world in the early 1400s, and had come to Mumbai, as per the historical records available with the Haji Ali Trust.

Ooty, short for Ootacamund Ootacamund.ogg pronunciation (officially, Udhagamandalam (Tamil: உதகமண்டலம்) sometimes abbreviated to Udhagai Tamil: உதகை), is a town, a municipality and the district capital of the Nilgiris district in the South Indian state of Tamil Nadu. Ootacamund is a popular hill station located in the Nilgiri Hills. Udhagamandalam is the older and official Tamil name for the town. Ooty stands at an approximate height of 9,080 feet (2,240 m) above sea level.

The Nilgiri (Tamil: நீலகிரி, literally: Blue Mountains), often referred to as the Nilgiri Hills, are a range of mountains with at least 24 peaks above 2,000 meters (6,562 ft), in the westernmost part of Tamil Nadu at the junction of Karnataka and Kerala states in Southern India. They are part of the larger Western Ghats mountain chain making up the southwestern edge of the Deccan Plateau.

Lake Palace was built in 1746 under the direction of the Maharana Jagat Singh II (62nd successor to the royal dynasty of Mewar) of Udaipur, Rajasthan as a royal summer palace and was initially called Jagniwas after its founder. It is located on a natural foundation of 4 acres (16,000 m2) rock on the Jag Niwas island in Lake Pichola, Udaipur, India.

Today the Lake Palace has been converted to an uber luxury hotel, consisting of 83 rooms and suites featuring white marble walls, 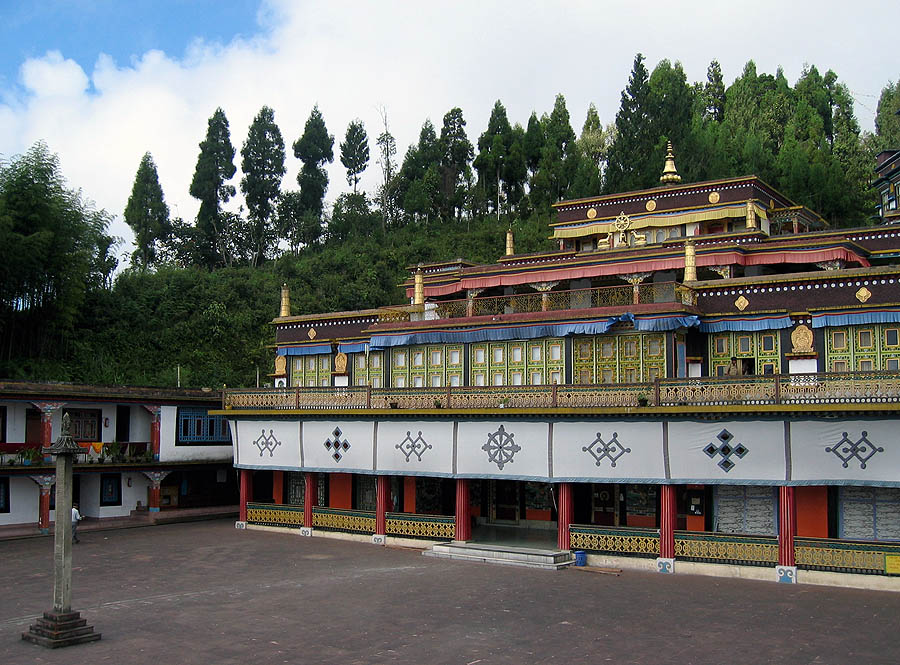 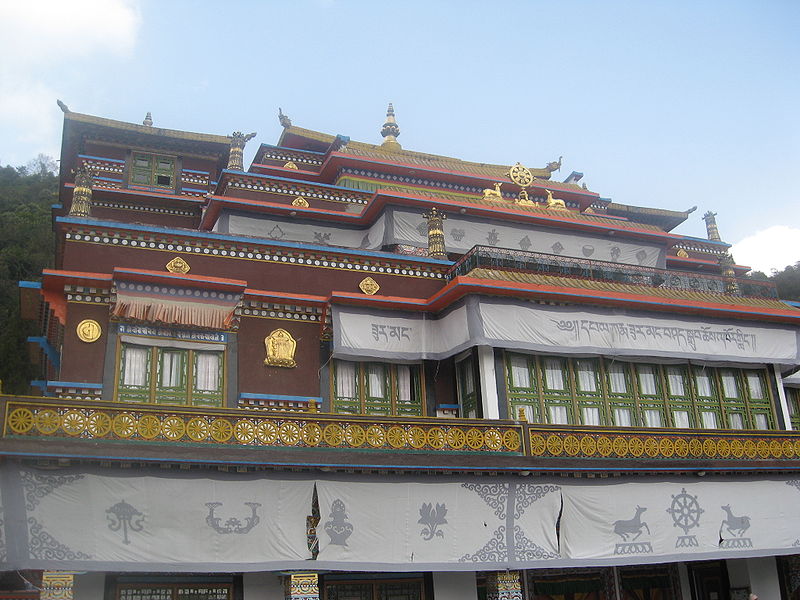 Hasanabad or Shah Hasan Ali's Maqbara or Mausoleum is the resting place of 46th Imam - Aga Khan I, Imam of the Nizari Ismailite sect of the Shiite Muslims, circa 1884, Mazagaon.
A marble paean glows through the grime Standing at the threshold of Hasanabad, its golden minarets evoke memories of Delhi or Hyderabad.
Aga Khan, a resident of Iran arrived in Mumbai in 1846, and eventually became a permanent resident of the country and died in Mumbai in 1881. His funeral was attended by the consuls of Turkey and Iran as well as high-ranking British officials. This marble mausoleum took a full three years to build and the minaret is said to be 19 feet high.

Chopta is an undiscovered and yet unexploited excursion point for the trekking enthusiasts. Situated at an altitude of about 2500 mtrs, Chopta gives a picturesque view of the Himalayas.
Tungnath is a mountain located in Chamoli, a district of Garhwal, in Uttarakhand, India. The Tungnath Temple, situated on Tungnath at an altitude of 3,680 meters, is the highest Shiva shrine among the Panch kedars.
According to Hindu mythology, lord Shiva and Parvati both have been associated with the Himalayas which is believed to be the abode of Gods. Shiva is believed to reside at Mount Kailash while Parvati (Shail Putri) is mythologically regarded as the daughter of hills.

Changu (Tsongmo) Lake - On the way to Natula Pass in Sikkim

Jog Falls (Kannada-ಜೋಗ ಜಲಪಾತ ), created by the Sharavathi River falling from a height of 253 meters (829 ft) is the highest plunge waterfall in India. Located in Shimoga District of Karnataka state, these segmented falls are a major tourist attraction. It is also called by alternative names of Gerusoppe falls, Gersoppa Falls and Jogada Gundi.

Kalpa is a small town located in the Sutlej River Valley, above Recong Peo in the Kinnaur district of Himachal Pradesh, Northern India, in the Indian Himalaya. Inhabited by Kinnauri people and famous for its apple orchards. Apples are a major cash-crop for the region. The local inhabitants follow a syncretism of Hinduism and Buddhism, and many temples in Kalpa are dedicated to both Hindu and Buddhist gods & goddesses.

The KANDHAMAL in the present state constituted w.e.f 1st Jan. 1994. It is located in the heart of Orissa stretching between 19’34 & 20’36 north latitude and 83’34 & 84’34 east longitude with an area of 7649 sq.km. Administratively it constitute with 2 sub-divisions , 12 CDB, 2 ULB, 153 GPs and 2515 villages. Physiographically the entire district lies with high altitude zone with interspearding inaccessible terrain of hilly ranges and narrow valley tracts which guides the socio-economic conditions of people and development of the district. More than 50% of population constitute ST community of aboriginal tribal races. Overally, the district is rank as a backward district in the state of Orissa.

great pics man.....you are a very travelled person...i am also planning to upload my nathula pics....aah will do them when i get time

shiv said:
great pics man.....you are a very travelled person...i am also planning to upload my nathula pics....aah will do them when i get time
Click to expand...

Shiv these are not my pics... :sAni_monkey:

Munnar (Malayalam: മൂന്നാര്*) is a town located in the idduki district of India's Kerala state . situated in the south Western Ghats of South India the name munnar usually refers to the whole tourist area of the Idukki District of which the town forms only a small part.The name Munnar is believed to be derived from the Malayalam words Munu (three) and aaru (river), referring to the town's strategic location at the confluence of the Muthirappuzha, Nallathanni and Kundaly rivers.Sprawling tea plantations, picture book towns, winding lanes, trekking and holiday facilities make Munnar a unique experience for the tourist and traveller. Munnar is essentially a tea town. The people of Munnar share the culture and traditions of both Kerala and their Tamil neighbours from across the border.