lcafanboy said:
So these poor Kids were literally made to EAT PUSSY...........

Nope, daughter wasn't allowed at school for bringing such cookies.

angeldude13 said:
This insane dumb b8tch is not mentally prepared to be a mother. Government authorities should take away her child.
I feel pity for this kid

The real question is how didn't the man not discovered that the chick is insane when he was pumping her. 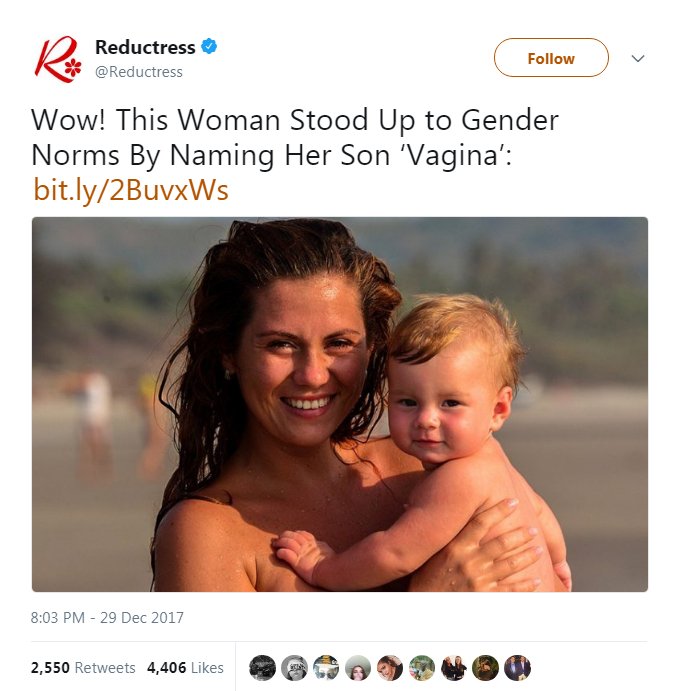 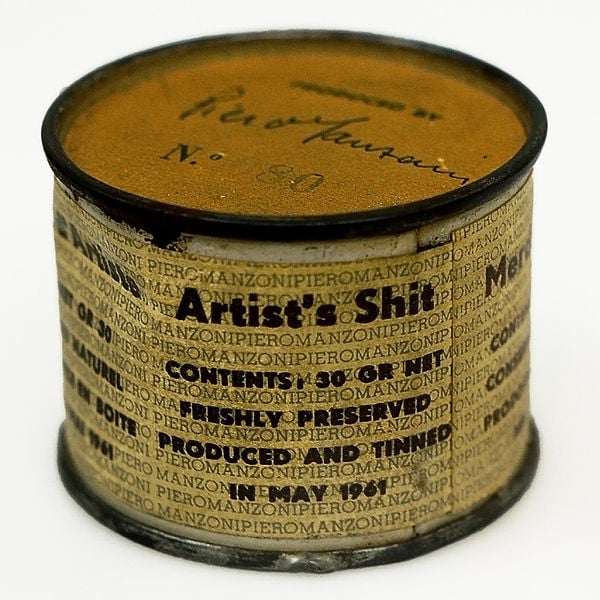 Bus is a THIRD WORLD word.

Ride sharing system looks like some SOPHISTICATED system apt for First World idiots, since the ride cost per person would be such that In India we could easily afford to hire a whole cab and save some more or easily pay off EMI of a owned Car and Gas for a months ride.................

Duplicitous Brits now have every corrupt lecher from every part of the world in its safe haven called "London" from which they spread poison to every corner of the world.

How this Porki turd became a "Lord" is anybody's guess.

ISI pays good money to get its monkeys into the "House of Lords". Our Nehruvian ecosystem is still debating with itself whether "House of Lords" sounds too elitist and Brahminical.
Last edited: Jan 27, 2018

Yggdrasil said:
Duplicitous Brits now have every corrupt lecher from every part of the world in its safe haven called "London" from which they spread poison to every corner of the world.

How this Porki turd became a "Lord" is anybody's guess.

ISI pays good money to get its monkeys into the "House of Lords". Our Nehruvian ecosystem is still debating with itself whether "House of Lords" sounds too elitist and Brahminical.
Click to expand...

Native informants. It is a tried and tested tactic.

"Western Education" is just another euphemism for Euro supremacy.
D

Some Khali retards were also with him. Then they complain when they get confused with Muslims by whites.

Am I reading this right? Do they really have 150 schools where wearing Hijab is compulsory. 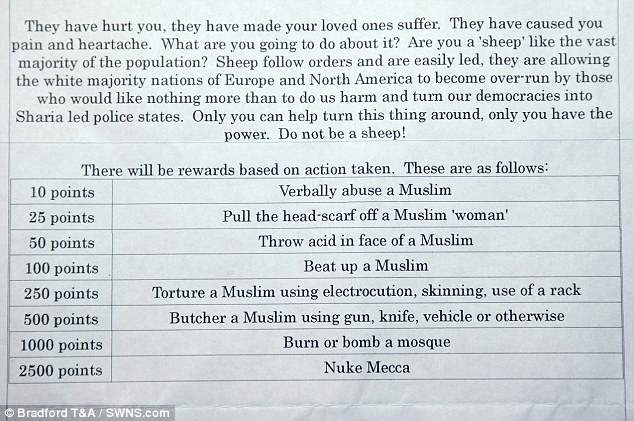 Image captionAnti-hate group Tell Mama shared a picture of a letter it said had been received by people across the UK
Letters encouraging recipients to take part in "Punish a Muslim Day" have reportedly been sent to addresses across the country.

Images of the A4 notes, which contain a list of violent acts alongside a number of points for performing them, have been widely shared online.

They have prompted a chorus of condemnation, with campaigners and MPs describing them as "disturbing".

Counter-terrorism police are treating the letters as a possible hate crime.

'Fear in the community'
Tell Mama UK, which monitors anti-Muslim activity, said it had received reports of people in Bradford, Leicester, London, Cardiff and Sheffield getting the letters.

'Punish a Muslim Day' - we continue to receive reports of letters received from across the country. Now into double figures. Please report them into us at Tell MAMA or to 101. We are working with police forces on this malicious campaign.


Director Iman Atta said: "This has caused quite a lot of fear within the community.

"They are asking if they are safe, if their children are safe to play outdoors.

"We have told them to keep calm and to phone the police if they receive one of these letters."

"They are inciting violence against the Muslim community," she said.

Labour MP Naz Shah said several of her constituents in Bradford had received the "hate mail" through their doors.

Ms Shah said the letters were an attempt to instil fear but one that would ultimately fail.

"We stand shoulder by shoulder, and stand side by side, because nothing will divide us," she said.

"This is hatred and it just doesn't work. You know, it's what we do."

She said she had spoken to police, and had been told detectives believed they were dealing with a "linked series of offences".


Counter Terrorism Policing North East said it had received reports of "potentially malicious communications sent to individuals across the UK".

A police spokesperson said: "Counter Terrorism Policing North East are co-ordinating the investigation at this time and will consider any potential links to existing inquiries.

"Anyone with any concerns about a communication they may have received should contact their local police force."

A Metropolitan Police spokesman said it had received two reports of letters being sent to people, one in east London and the other in the SW4 area.
Last edited: Mar 14, 2018

Where is human rights organization why innocent peaceful muslims are attacked by UK Christians??

This is indeed the British version of Blue Whale game....2500 points,lmfao

And these guys come to India with religious tolerance and other b.s.
D 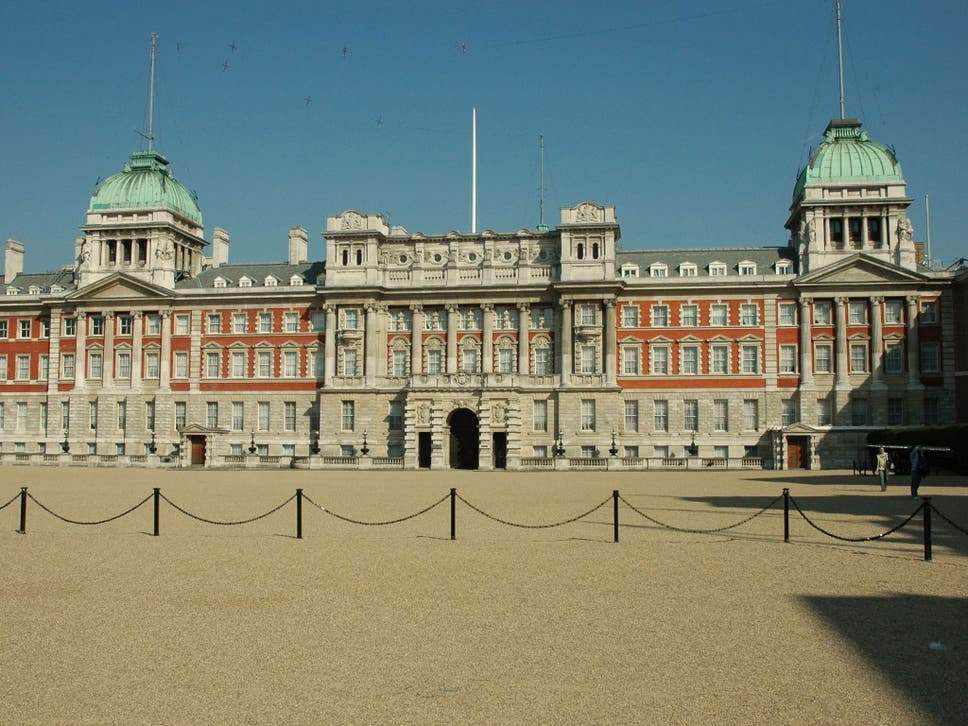 The historic Admiralty House and four other Whitehall buildings are now operating in accordance with some sharia rules – including a ban on alcohol – after they were used as part of an Islamic bond scheme.

The properties must comply with some aspects of sharia under the terms of special bonds known as sukuk, announced by George Osborne two years ago when the UK became the first Western country to issue them.


At least £200m of the sukuk bonds have been sold to investors in the UK and the major Islamic finance centres in the Middle East and Asia.

Under sharia, charging interest – or usury – is forbidden. So to allow Islamic investors to receive a return on their money, the sukuk bonds pay them rental income on certain buildings instead.

As part of the deal, the Government agreed that the nominally rented buildings would abide by certain aspects of sharia rules, so Muslim investors did not feel they were making money out of something they regard as immoral, such as a pub.

MailOnline reported that the buildings were “now governed by sharia law”. And Andrew Bridgen, the Conservative MP for North West Leicestershire, told the website: “I do find it unbelievable government buildings are governed by sharia law. I don’t see the bars as being an essential part of Parliament but it’s the principle that matters. Most of our constituents will be absolutely amazed that the principle could ever have been authorised.”

However, a Treasury spokesperson said: “This is not news. As the Government set out clearly in 2014, three government buildings are being used to underpin the Government’s sukuk bond, Richmond House, 22-26 Whitehall and Wellington House. “The sukuk is issued under, and governed by, English law which applies at all times.”

In 2014, the Government cited a number of organisations, including the Executive Shariah Committee of HSBC Saudi Arabia, as saying the bonds were “sharia compliant” but suggested potential investors should seek opinions from their chosen experts.

It was unclear which other aspects of sharia are being adhered to by the managers of the buildings concerned, but a government source said it had been agreed that serving pork in Richmond House would not affect the sharia compliance of the sukuk. “Alcohol being served hasn’t arisen, as you would expect for a government building,” the insider added.

In January, The Times reported that a plan to relocate MPs to Richmond House to allow refurbishment work at Westminster was meeting resistance because Richmond House was dry under the terms of the sukuk agreement.