The JUMPER system contains eight canistered missiles and one integrated command and control unit that are arranged in each JUMPER 3X3 hive. Overall dimensions are: 1.4X1.4X2m. The system requires no operating crew and no special launching platform. Pinpoint accuracy and short time of flight make the JUMPER a perfect solution for the autonomous fire support to the Ground Forces.

The missile is 1800 mm long, has a diameter of 150 mm, and weighs 63 kg. The missile is equipped with a GPS/INS and 4 steering fins at its tail. In addition, the missile can home to a laser designation. The JUMPER system provides the maneuvering force commander with autonomous, immediate, and precise fire – regardless of weather and visibility conditions.

Thus, a significant effect is achieved against a variety of target types, especially in urban operations where collateral damage is a major concern. The missile is armed with several possible warheads for fire missions that require prompt and accurate response.

Major General (Ret.) Eyal Ben-Reuven – Deputy, Northern Command, during the 2nd Lebanon War, said: "The JUMPER's unique mode of operation is very relevant to the asymmetric warfare characteristics of the complex battlefield under which the IDF (Israeli Defense Force) and other modern armies have to operate. The system, using the autonomous vertical launch hive, enables investment of 90% of the budget in the effect rather than in platforms and personnel."

With the development of the JUMPER system, IAI leverages its capabilities in the areas of missiles and C4 systems integrated into unique, precise and operational effectiveness to best serve the ground forces. 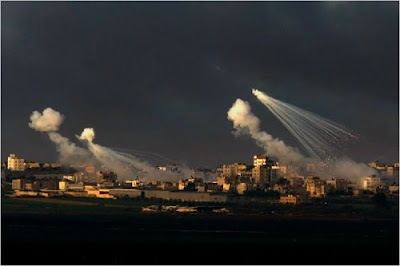