IAF to get MINI DRONES for Covert Operations

IAF to get MINI DRONES for Covert Operations 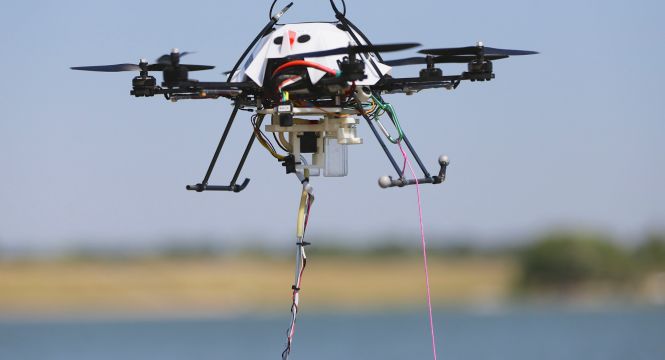 NEW DELHI: From Israeli sniper and assault rifles to European "underwater open-circuit diving equipment", the Special Forces of the armed forces are slowly but surely inducting specialised weaponry and equipment for their clandestine warfare and counter-terrorism operations.

Defence ministry sources on Monday said the latest acquisition is the Rs 27 crore contract for 65 micro UAVs (unmanned aerial vehicles) or spy drones for IAF's Garud Commando Force. The Navy, in turn, awaits the already-approved construction of two "midget submarines" or "chariots" for its marine commandos at a cost of Rs 2,017 crore.

The government may still be working out the basic contours of the three new proposed tri-Service commands for space, cyberspace and special operations to ensure synergy and cost-effectiveness, but the armed forces are expanding and modernising their own Special Forces. Though much smaller in terms of numbers than the Army's eight Para-SF and five Para (airborne) battalions, the Garuds and the Marcos are equally geared up for covert operations.

The Garuds, incidentally, came into existence around a decade ago after terrorist attacks on crucial IAF airbases like Awantipora, Srinagar and Guwahati. Operating in "flights" of 60 commandos each, the Garuds are also trained to destroy enemy assets like radars and aircraft as well as "lasing" high-value targets for friendly fighters, and also rescuing pilots who eject behind enemy lines.

The new man-portable dro-nes, with a range over 5-km, will be used for surveillance around vital airbases, counter-terrorism and covert operations. With an operational endurance of over 30 minutes, the lightweight drones are also equipped with FLIR (forward-looking infra-red) payloads.

As reported earlier by TOI, the armed forces have inducted well over 200 UAVs since the 1999 Kargil conflict, with the bulk of them being Israeli drones like Heron and Searcher-II for long-range surveillance and precision-targeting roles. The IAF also has Israeli Harop "killer" drones, which act as cruise missiles by detecting and then exploding into specific targets.

UCAVs (unmanned combat aerial vehicles) that can fire missiles on enemy targets before returning to re-arm for further missions, are still a distant dream. But micro and mini drones are increasingly becoming a reality. Apart from short-range surveillance and intelligence-gathering missions as well as detection of NBC (nuclear, biological, chemical) contaminants in the battlefield, the armed forces want these drones to acquire "a killer role" by being capable of carrying small warheads.

we should operate them in maoist effected areas

FRYCRY said:
we should operate them in maoist effected areas
Click to expand...

We are! :biggrin2: Drones are being used since the past few months.
You must log in or register to reply here.
Similar threads
IAF to issue request for proposal for 114 fighter jet in mid 2024
Just in - Bomb threat over Indian air space. IAF jets scrambled.
TU 160 aka Black Jack can be bought by IAF
Future of India's heavy airlift: IAF mulling modernization of IL-76 & future replacement
Share:
Facebook Twitter Reddit WhatsApp Link