Military deals including a key missile development programme and procurement of two more AWACS aircraft are understood to have been discussed between India and Israel during Defence Secretary R K Mathur's ongoing three-day visit to Tel Aviv.
Mathur is leading a defence delegation to Israel to review the ongoing and future joint defence cooperation projects between the two countries in the meeting of the Joint Working Group there, defence ministry sources said here.
The two sides have close defence ties and Israel is one of the largest weapons suppliers to India after Russia and has provided it with sophisticated systems such as the long-range radars for the anti-ballistic missile defence system and the Airborne Early Warning and Control Systems (AWACS) aircraft.
The Long Range-Surface to Air Missile (LR-SAM) project being jointly developed by the DRDO and the Israeli Aircraft Industries (IAI) has been delayed by several years due to some reasons and its status is understood to have been discussed by the two sides.

IAF's plans to buy two more Israeli-made radars for its AWACS programme is also understood to have been discussed by the two sides during the meeting.
The Israeli side has also been pushing India to go for procuring its Iron Dome air defence system for protection against threats from short range projectiles including rockets and small range missiles.
A number of DRDO projects are also going on between India and Israel, in which critical components are provided by the Israeli firms.

can they take on cruise missiles?

Countering Cruise Missiles | Brahmand News
.
this will give you better answer. @Ashutosh Lokhande
Last edited by a moderator: May 10, 2015

Top diplomats based in New Delhi and Tel Aviv said on condition of anonymity that an advanced security liaison team from Israel will land in Delhi on September 2 to prepare ground for the prime ministerial visit. 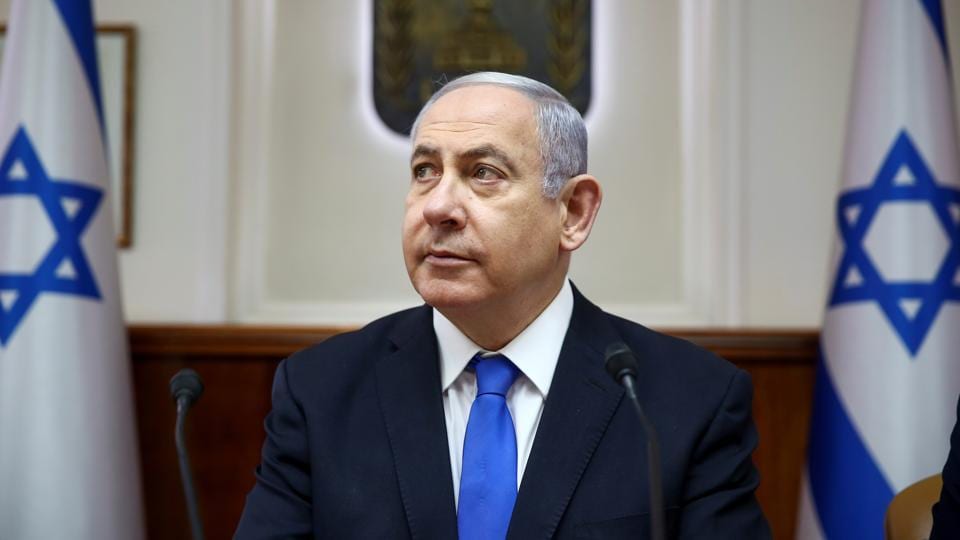 While India has five AWACS platforms, Pakistan already has seven such with another three on order from China. (Reuters Photo)

Israeli Prime Minister Benjamin Netanyahu is expected to visit India for a day two weeks from now. On the agenda are the acquisition of two more Airborne Warning and Control Systems (AWACS) and extended range air to air Derby missiles by the Indian Air Force and joint projects in agriculture, water and waste management.

Top diplomats based in New Delhi and Tel Aviv said on condition of anonymity that an advanced security liaison team from Israel will land in Delhi on September 2 to prepare ground for the prime ministerial visit. While the exact date has not been decided, Netanyahu is expected to meet his friend Prime Minister Narendra Modi either on September 7 or 8.

Arriving in India a week before the September 17 general elections in Israel, Netanyahu is expected to endorse Modi government’s scrapping of articles 370 and 35 A in Kashmir as an internal matter and support the bilateral resolution of issues between India and Pakistan, the diplomats said.

Although the two allies typically play down the defence content of the across-the-spectrum relationship, India plans to order two PHALCON AWACS mounted on Russian A-50 platform (worth $ 2 billion) for better control of the war theatre .

The order is awaiting a green signal from the Cabinet Committee on Security (CCS).

While India has five AWACS platforms, Pakistan already has seven such with another three on order from China. Islamabad already has three SAAB Erieye and four ZDK-03 from China, which were deployed 24X7 after the Balakot air strike by the Indian Air Force on a terrorist facility in Pakistan. Given this differential, IAF deployed AWACS for only 12 hours a day.

The IAF is also looking towards the acquisition of extended range Derby air to air missiles from Israel after Pakistan used 70 km AIM-120 C 100 kilometre beyond visual range missiles against Indian jets in its February 27 retaliation to the Balakot strike.

IAF wants to integrate the 70 kilometre range Derby missiles on the Su-30 MKI platform with upgraded radar equipped with data link to take the fight to Pakistani F-16s in future.

India and Israel are jointly developing the short, medium and long range surface to air missiles in collaboration with the Defence Research and Development Organisation (DRDO).

Prime Minister Modi met US President Donald Trump on the sidelines of the G7 summit in Biarritz, France. PM Modi said that India and Pakistan will resolve all bilateral issues on their own, while Trump said that PM Modi has the Kashmir situation.

Apart from the defence agenda, PM Modi is looking towards his Israeli counterpart to provide high-end technologies to provide potable water to each home as well as manage waste. Israel has mastered the technology to convert sea water into potable water with desalination projects in Ashkelon and Hadera through reverse osmosis.

Both countries are already collaborating the fields of start-ups as well as agricultural technologies focused on irrigation and productivity.