I Support Israel, but Bombing Palestinian Civilians in Gaza must end

I Support Israel, but Bombing Palestinian Civilians in Gaza Is Morally Reprehensible and Must End | H. A. Goodman 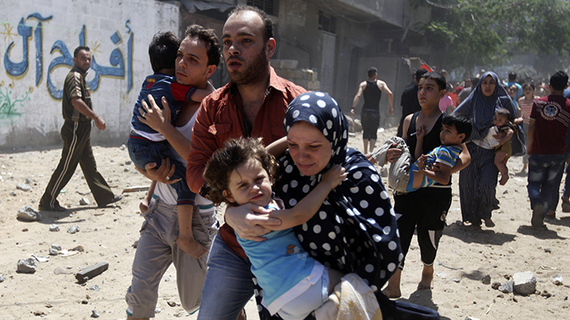 The most convenient way to justify war is the use of analogy; simplifying the complexity of violence and chaos within the confines of an easy to understand and far more docile equivalency. The recent war in Gaza is rife with analogies on both sides and none of them do justice to the suffering of Palestinian people, nor do they address the long term, sustainable security needs of the State of Israel. When Joan Rivers claims, "If New Jersey were firing rockets into New York, we would wipe them out," the moral predicament of bombing apartment buildings is alleviated in the minds of some people. The reality, however, is that New Jersey didn't have its only power plant destroyed and New York doesn't possess its own nuclear arsenal. Similarly, a statement like, "What would you do if your neighbor across the street sits down on the balcony, puts his little boy on his lap, and starts shooting machine-gun fire into your nursery?", also doesn't help matters. With all due respect to one of the world's great novelists in Amos Oz, if someone held a baby and shot at your kids with a machine gun, it would of course be permissible to shoot back.

However, when over 229 Palestinian children have already died in Gaza this month, using analogies that include nurseries aren't exactly appropriate, nor do they correlate to any moral equivalencies. Israel is a democracy in a region known for totalitarian regimes and democracies must draw a clear line between bombing civilians and fighting enemies; even if those enemies hide weapons in schools and hospitals. Furthermore, the asymmetric death toll of over 1700 Palestinian (80% estimated civilian casualties) compared to over 50 Israelis separates the superior military force from the side paying a far greater human toll.

To rehash decades of animosity and reciprocal violence sheds little light upon the moral fog hovering over Israeli military strikes on civilian areas. Yes, there are reasons Hamas exists and the blockade and occupation of territory, along with a stateless existence for Palestinians all factor into the raison d'Ãªtre for this terrorist organization. The issue at the moment is a country intent on destroying a terror group deemed a top national security threat, even if it means bombing civilian areas. Hamas and other groups have launched over 2600 rockets into Israel (killing 28 Israelis), leading to over 86% support in Israel for the latest Gaza offensive. Indeed, Hamas is known to utilize human shields and is documented by Amnesty International as having done so in the past. One can't simultaneously fire over 2600 rockets from civilian locations and expect those civilians to live without threat of death, so Hamas too is culpable in the slaughter. Suicide bombers and terror attacks have caused the death of over 2,495 Israeli citizens, in addition to fomenting a state of fear and panic within many parts of Israel. Add to this death toll and psychological trauma the Hamas charter that reads, "Israel will exist and will continue to exist until Islam will obliterate it, just as it obliterated others before it" and most people will believe that any means are necessary to stop terrorism.

Nevertheless, even if Hamas hides rockets in residential locations, a choice can be made to kill terrorist leaders with cell phones, blow up tunnels used to smuggle weapons, utilize informants, and various other ways Israel has employed to fight terror organizations. Hamas, regardless of its charter, doesn't pose an existential threat to a country with the most powerful military in the Middle East, one of 9 nations in the world with nuclear weapons, and military technology that destroys 90% of rockets entering the country. Morally reprehensible tactics like bombing residential areas not only end the lives of innocent civilians; they ignore the reality that smoking gun analogies don't work when one side is infinitely more powerful than the other.

As of today, around 1,700 Palestinians have been killed by Israeli airstrikes in Gaza; dying in locations like schools, hospitals, apartment buildings, and mosques. Wars are meant to be waged among military combatants, and even if Hamas and other groups store rockets within civilian locations, Israel has the choice (and the moral obligation) not to attack regions where women and children will surely die. The bottom line is that a democracy must never adopt the tactics of terror organizations; justifying civilian deaths for short term tactical victories or finding ways to justify the annihilation of 25 members of a family and 18 members of another family.

The morality of an action is never legitimized by saying a less moral individual would do the same or worse. Hamas will build more tunnels, smuggle in more rockets, and find creative ways to elicit more military interventions from Israel in the future. There have already been Israeli military operations in 2008 and 2012, with the most recent war being the third time and undoubtedly not the last time the two sides will clash. Until the tough issues of a two state solution, Jewish settlements, Hamas's charter, and serious concessions on both sides are addressed, no long term security needs will be solved through bombing Palestinian civilians.

Perhaps nothing best summarizes the reason Israel should end the bombing of Palestinian civilians (in the name of neutralizing rockets and weapons) better than a recent op-ed from Charles Krauthammer in the Washington Post:

Rarely does international politics present a moment of such moral clarity. Yet we routinely hear this Israel-Gaza fighting described as a morally equivalent "cycle of violence." This is absurd. What possible interest can Israel have in cross-border fighting? Everyone knows Hamas set off this mini-war. And everyone knows the proudly self-declared raison d'etre of Hamas: the eradication of Israel and its Jews.
First, there is no moral clarity in bombing a school, even if rockets are hidden in this location. With that logic, why not carpet bomb the entire Gaza strip to ensure Hamas has zero rockets? Second, of course Israel has no "interest" in losing soldiers, but rockets will continue to be smuggled through newly built tunnels and perhaps by new Hamas recruits seeking revenge for their lost children or spouses. Third, the Hamas charter has done an inordinate amount to embolden the belief that any means is necessary to destroy "terror," even though Hamas is as powerless to destroy Israel as Al-Qaeda is to destroy the U.S. Nobody is eradicating Israel, but in just three weeks close two thousand Palestinians have perished. Also, the fact that people like Charles Krauthammer are so certain in their moral convictions, even though pregnant women are dying and babies are being saved from their lifeless wombs, highlights the sad reality of the conflict. The 229 Palestinian children that died this month are more lives lost than the total number of Israeli soldiers killed in military operations since 2006.

These words are written by a man who loves Israel. I had my Bar Mitzvah in Jerusalem, I've traveled all throughout Israel as a counselor in a youth program, and I've voyaged to Israel five times in my life. I love the people, Arabs included, and I love Israeli culture, food, and the Jewish history within the land. However, Israel is a nation founded upon a just cause and should live up to its calling by never acting like those it aims to defeat. Contrary to Mr. Krauthammer and those who enjoy analogies, attempting to justify bombing innocent civilians in order to prevent suicide bombers from bombing innocent civilians, makes zero moral sense.

Israel is better than its current Gaza intervention and a respected democracy should draw a clear line between battling enemies and slaughtering women and children; something the terrorists never do when blowing up a bus or cafe. As former Israeli Air Force officer Yuli Novak eloquently states in her recent Guardian article, "A clear, loud voice that says that bombing a house with civilians in it is immoral must be heard." The futility of destroying weapons under hospitals and schools, especially when such actions only lead to future military strikes of the same nature and ignores the roots of the conflict, underscores the moral failure of sacrificing Palestinian civilians for a short term tactical advantage. Fanatics who blow up cafes and busses are never justified, but neither is the willful targeting of civilians populations in order to prevent future terror attacks against civilian populations.

I fully support Israel on their bombings , few dead palestinians means fewer terrorists for the world to deal with. Cant be such a bad thing!

The moment Israel planned this operation they knew it was going to be a PR disaster for them.

For starters Gaza is one of the mostly densely packed places on earth and second most importantly Hamas has no compunction in using schools and hospitals as launching ground for their rockets.They know they cannot defeat Israel in a military battle but a PR battle they could not loose with pictures of wounded and dead children.

Countries like Egypt, UAE, Jordan and KSA have been one of the biggest supporters of Israel simply by virtue of their silence. Having seen the disaster of the Arab spring they cannot and will not allow Hamas to grow and spread it's wings. They need militant Islam groups to be exterminated immediately. Also they cannot be on the same side as Iran which is the main supporter of Hamas.

the only solution would be a UN enforced peace and UN forces to remove all the stockpiles of weapons with Hamas. This would be the first and most essential step to a lasting peace in the area.
S

Hamas needs to be taught a lesson. If they are going to fire rockets from school and hospital compounds than Israel cannot be blamed for retaliation. Palestinians need to stand up against Hamas for their antics that has led to this situation. Crying death to Israel is not going to help them. 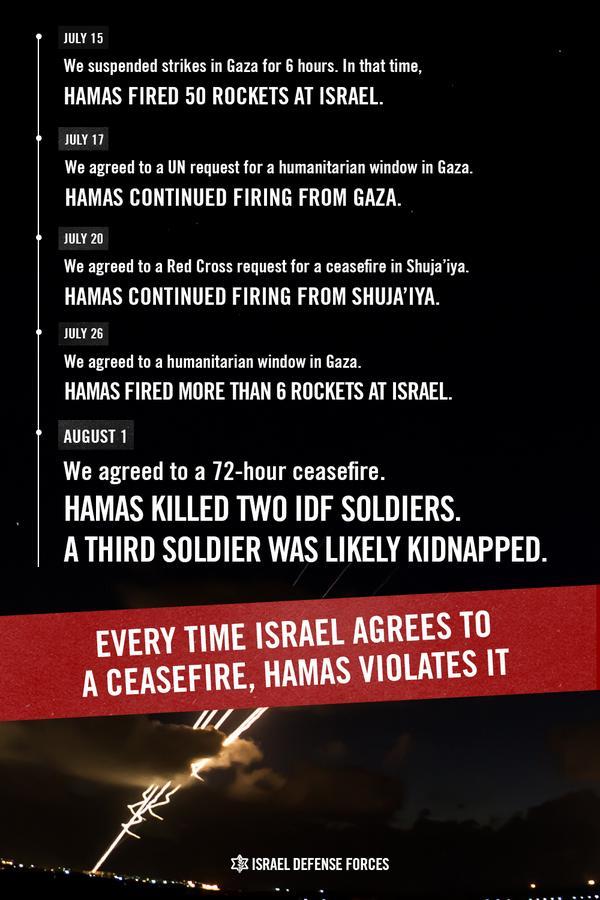 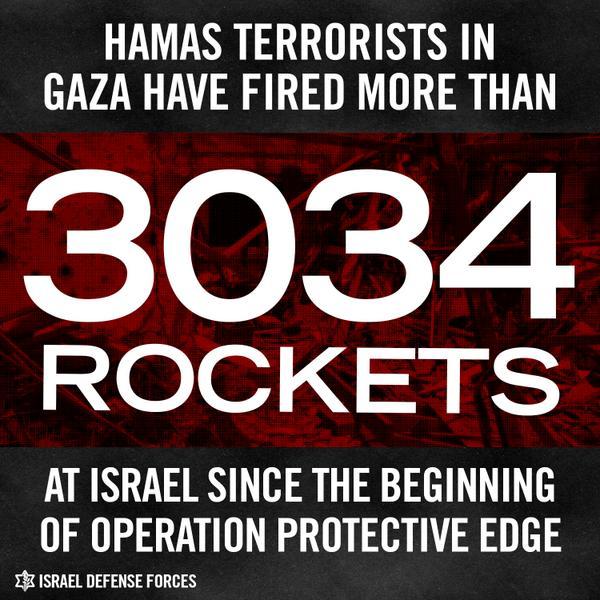 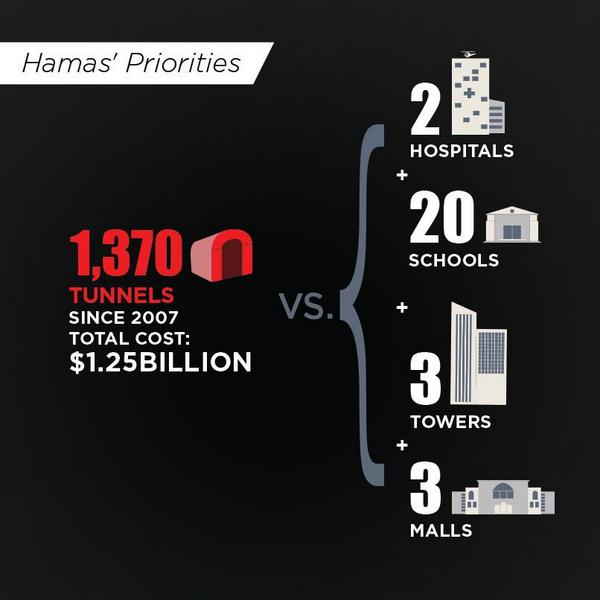 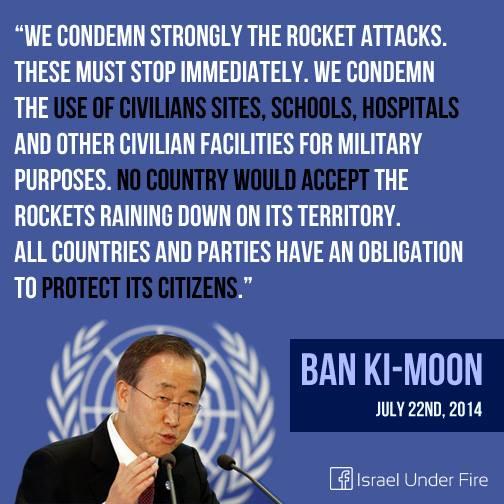 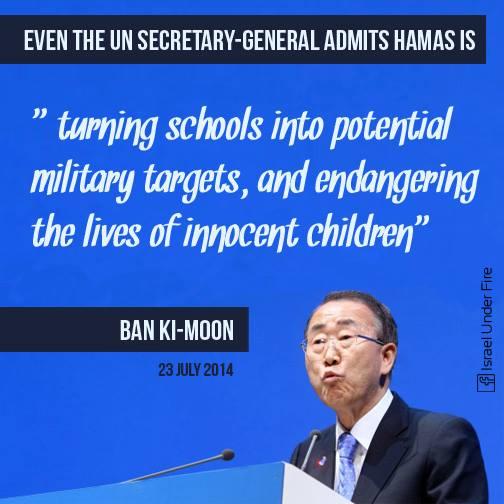 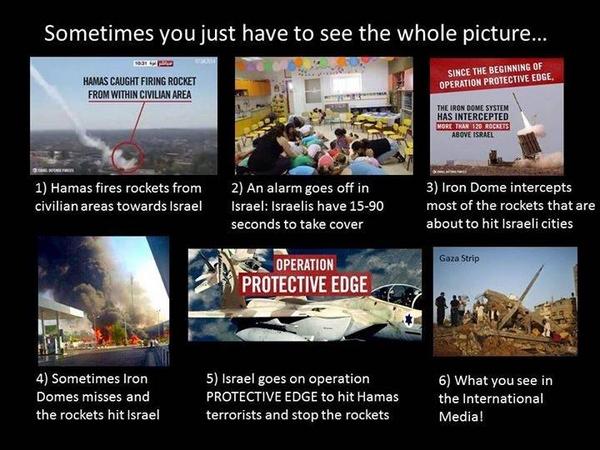 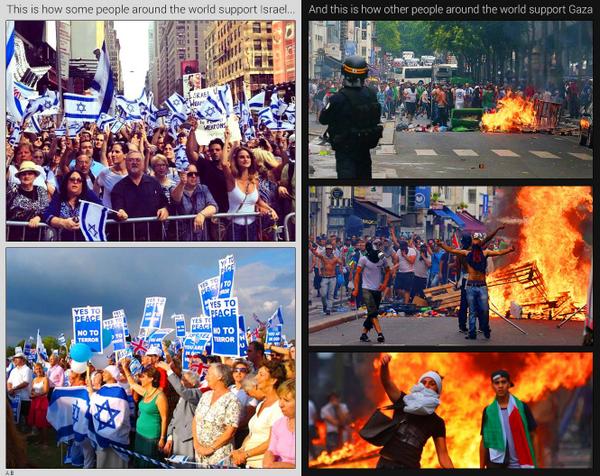 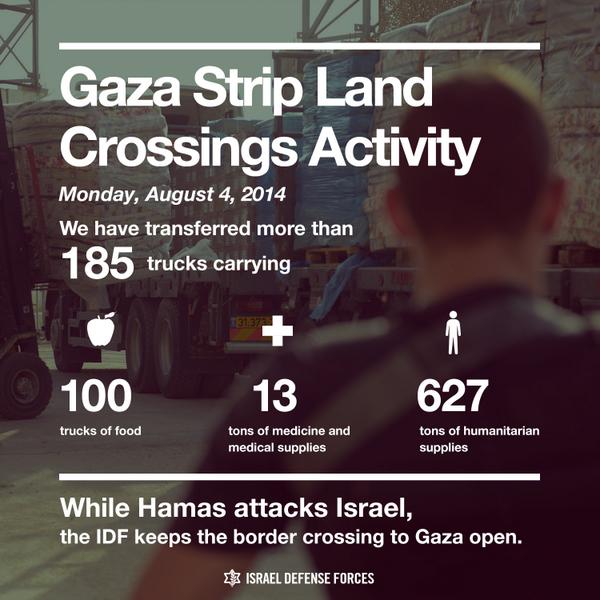 Most of the Western liberals would change their tune quickly if their own country was constantly attacked by rockets and underground tunnels regardless of the geo-political context.

Same people would cry for blood and start "bomb them back to stone age" rhetorics had they been personally affected in their own cities by rocket barrage.
You must log in or register to reply here.
Similar threads
Top Israel general: We need US support to fight Iran
Putin: I support the struggle of Israel
Israel upset over 'support' to accused in diplomat attack case
Larsen and Toubro wins British Royal Navy design contract to develop bid for building Fleet Solid Support ships
Share:
Facebook Twitter Reddit WhatsApp Link