@LodhiMaleeha, the Pakistani Representative to the UN, gets caught lying through her teeth. Projects a pic from Palestine as a Kashmiri’s.

Did somebody from indian delegation pointed it out or its only on SM??
We should point it out officially 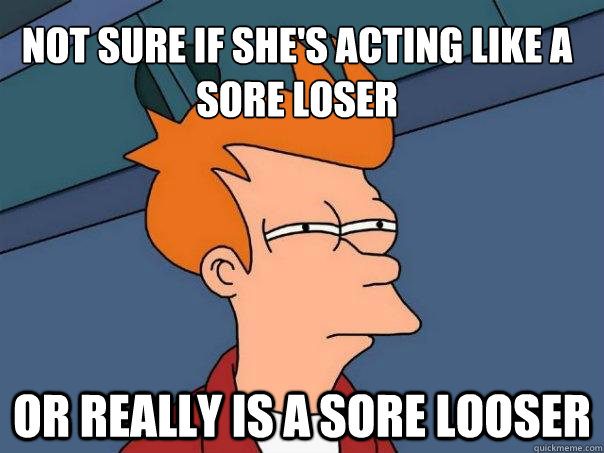 This chutiyagiri was pointed by our very own @NeXoft007

This Maleha Lodhi has also plagiarised her master's thesis or some academic work wholesale from another scholar. She's a thieving little rat, exactly the sort of dishonest Paki you'd expect the country to present to the world stage. From cheating cricketers to cheating politicians to cheating military to cheating bureaucrats - the country doesn't have a bone of honesty in its body.

Prashant Sharma said:
Did somebody from indian delegation pointed it out or its only on SM??
We should point it out officially
Click to expand... 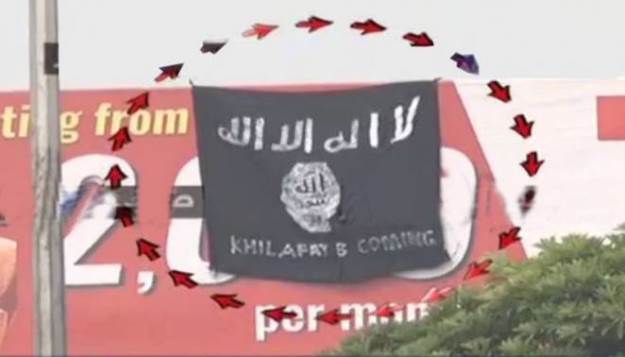 We should expose them in UNGA. Tell everyone that they are compulsive inveterate liars, that they are doing propaganda on J&K. Discussing it internally on SM & MSM won't work

Butter Chicken said:
@LodhiMaleeha, the Pakistani Representative to the UN, gets caught lying through her teeth. Projects a pic from Palestine as a Kashmiri’s.

This is what happens when you start believing your own propaganda.
D

Prashant Sharma said:
Did somebody from indian delegation pointed it out or its only on SM??
We should point it out officially
Click to expand...

This Info should be moved to pakistan lies and denials thread!

In a big faux pas by Pakistan envoy Maleeha Lodhi, she held up a picture of a victim of Israeli airstrikes in Gaza claiming it to be of a victim of Army’s pellet guns in Kashmir.

Exercising its right to reply at UNGA, Pakistan, on Monday, raised Kashmir issue. Pakistan’s Ambassador to UN, Maleeha Lodhi, said Sushma Swaraj in her UNGA speech “deliberately ignored the core issue of Kashmir”. While holding up a picture of a woman, whose face was seemingly pellet ridden, Lodhi said, “this is the face of Indian democracy.”

Lodhi held up the picture to show that how Kashmiris are being attacked by the pellet guns, but, now, the recent revelation leaves Pakistan embarrassed as the picture is from a different country altogether.
#PakSelfGoal|#BREAKING| 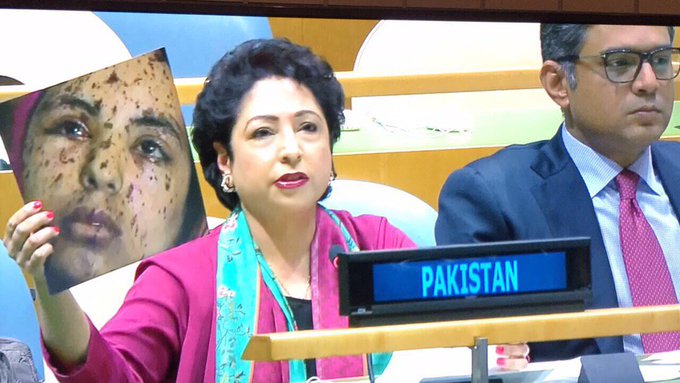 Replying to Indian FM's speech Pakistan's PR said this is the face of Indian democracy holding up pic of a Kashmiri woman pellet ridden face.

6:24 AM - Sep 24, 2017
Twitter Ads info and privacy
Maleeha Lodhi slammed India by saying that the “world’s largest democracy” is also “world’s largest hypocrisy” which is ruled by a fascist ideology.

The recent revelation has added insult to injury for Pakistan as Sushma Swaraj in her UNGA address had shamed the nation accusing it of creating terror groups like the Lashkar-e-Toiba, the Jaish-e-Mohammad and the Haqqani Network.

In her speech, Swaraj had said Prime Minister Narendra Modi has offered the hand of peace and friendship since he assumed office."Pakistan's Prime Minister must answer why his nation spurned this offer," she had said.

Pakis are doing self goals after self goals.A terrorist nation which shelters the Osama,Haqqani,Hafiz and creates terrorists in thousands is talking about terrorism.This Maleeha Lodhi forgot her aukaat since she is not even good enough to be maid of Sushma Aunty

After Afganistan,Bangladesh,India gangbanged Pakis at UN recently and Pakis came up with stupid LIES which are instantly caught... Pakis are a joke to the world.

You Pakis are the worst Muslims since you even attacked your own Prophets Mosque in Saudi Arabia.

most of their statements were related to internal matter of India..which had no relation to Pak
secondly they have been caught lying with the photo.

What else can be expected from terroristan
H

Plz so raise this issue of fake pik in next UNGA. It will more highlight Kashmir cause plus also highlight Palestine cause. And do also tell UNGA that this pallet gun fire pik was from Palestine and did by israelis. It will be helpful to both the cause specially Palestinians.
You must log in or register to reply here.
Similar threads
Managing huge foreign exchange reserves to get maximum benefits out of our ever soaring foreign exchange reserve
Huge Explosion in Chinese Chemical Plant
Trump Makes Huge Anti-Pakistan Move
Dawood Ibrahim's assets seized in UK, huge diplomatic victory for Modi government
Share:
Facebook Twitter Reddit WhatsApp Link