How Pakistani Army is burying its dead away from media spotlight

How Pakistani Army is burying its dead away from media spotlight
Published June 15, 2017 SOURCE: Anand SG / FOR MY TAKE / IDRW.ORG 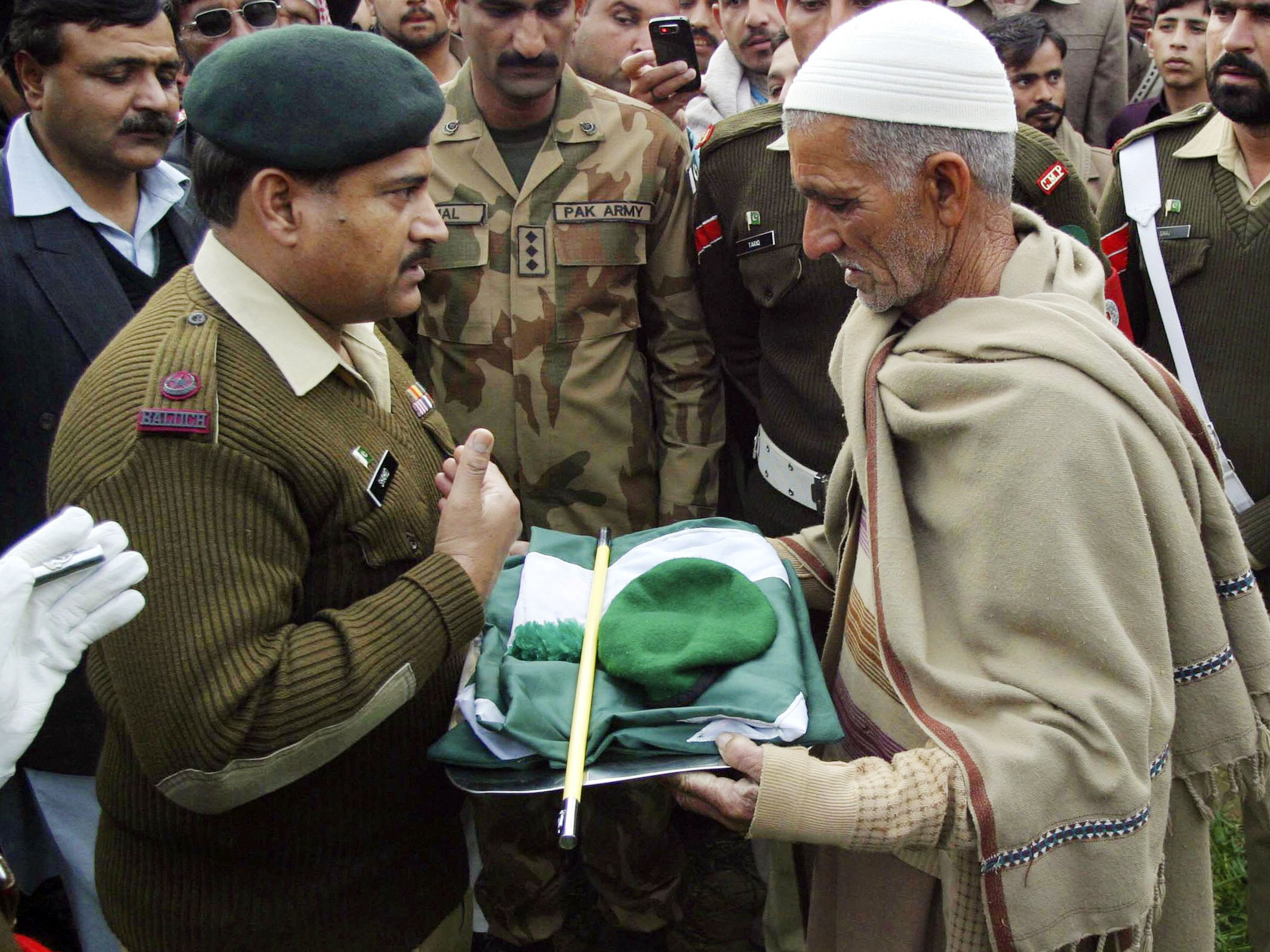 An internal rift between Pakistani Government and the opposition finally spill the beans on Pakistani Army’s well-kept secret of burying its dead in not so transparent manners and not disclosing casualty to its own Parliamentarians to keep the morale of its troops high against India.

Recent flame of tension near Line of control with India has allowed the situation to reach 2003 pre-crease fire agreement era. Indian Army which has been targeting Pakistani army bunkers and other infrastructures with heavy firepower have been reporting heavy casualty in Pakistani Army camps quite frequently but the Inter-Services Public Relations which is the media wing of the Pakistan Armed Forces have been refuting Indian Claims of Pakistani casualties.

But many Indian Social Media data researchers were able to find many social media post of Pakistani Army ground forces personnel who were seen attending funerals of their fallen comrades why Pakistani Army Media cell keeps continuing to deny their casualty levels.

Pakistani official Casualties acknowledged were 453 killed but in 2003 then exiled former Pakistan prime minister Nawaz Sharief had confirmed to media that more than 4,000 Pakistani troops and officials were killed during the 1999 Kargil conflict, Un-confirmed casualty figures disclosed by Nawaz Sharief was never refuted by Pakistani Army which was in power back then but many Ex-ISI Personnel and many prominent Pakistani Journalists like Rauf Klasra have confirmed casualties were over 3000 since they had documented Kargil Conflict intensively back in Pakistan .

Former Lahore corps commander Lt General (r) Shahid Aziz also had confirmed that Pakistani Army casualties were hidden by Gen (r) Musharraf and according to his own assessment Pakistani Army lost over 1000 men and many bodies of its regular army personnel were not accepted to show low casualty figures, which were buried later by Indian Army in mountain peaks .

Again Indian Data researcher has also found Many instances were Pakistani Army gave Gallantry Awards to its dead men for Kargil conflict but ironically they were found to be missing from official casualty reports of Kargil war listed out by Pakistani Army.

Pakistani Army which has a complete grip on its country rarely goes through media scrutiny on many issues. Media investigating Army ran Commerical Institutes, alleged cases of corruption and on its casualty figures is clearly some of the no-go areas which no media officials in Pakistan can defy to live another day to report it. With reports confirming that Pakistani Army in name of National security doesn’t seem appropriate to inform its own Parliamentarians about its casualties, it is also unlikely in future too Pakistani Army will ever confirm burying its own dead.