http://mark20x.blogspot.com/2018/06/initial-details-of-high-power-radar-hpr.html
The HPR is an Active Phased Array Radar (APAR) based on modern Solid State technology. These radars will be completely static and provide seamless 360-degree coverage by 4 planner arrays. The HPR will be able to detect targets of 2m2 RCS at a distance of 450km. The radar has advanced ECCM and targets classification features. It is able to resolve target in four dimensions (4-D) namely Range, Azimuth, Height and Doppler velocity. All 12 radars will be integrated with IAF's IACCS network. According to RFI, HPR will also be able to track hypersonic targets flying in parabolic(ballistic) trajectory.
The HPR would be able to operate on a 24x7 basis with a low maintenance requirement. Unlike its predecessor, HPR could be deployed at high altitude (3000 meters above sea level). It is capable of withstanding harsh environmental conditions.
The High Power Radar station will have a configuration similar to an Aegis-Ashore radar facility. 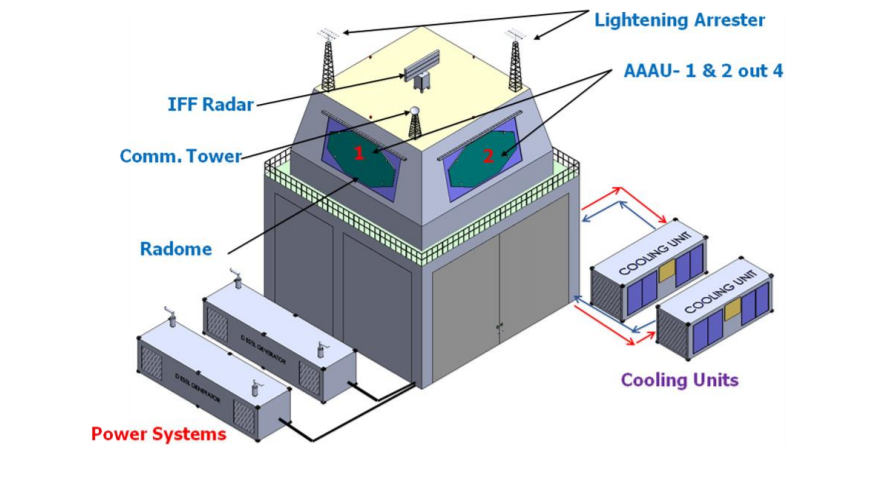