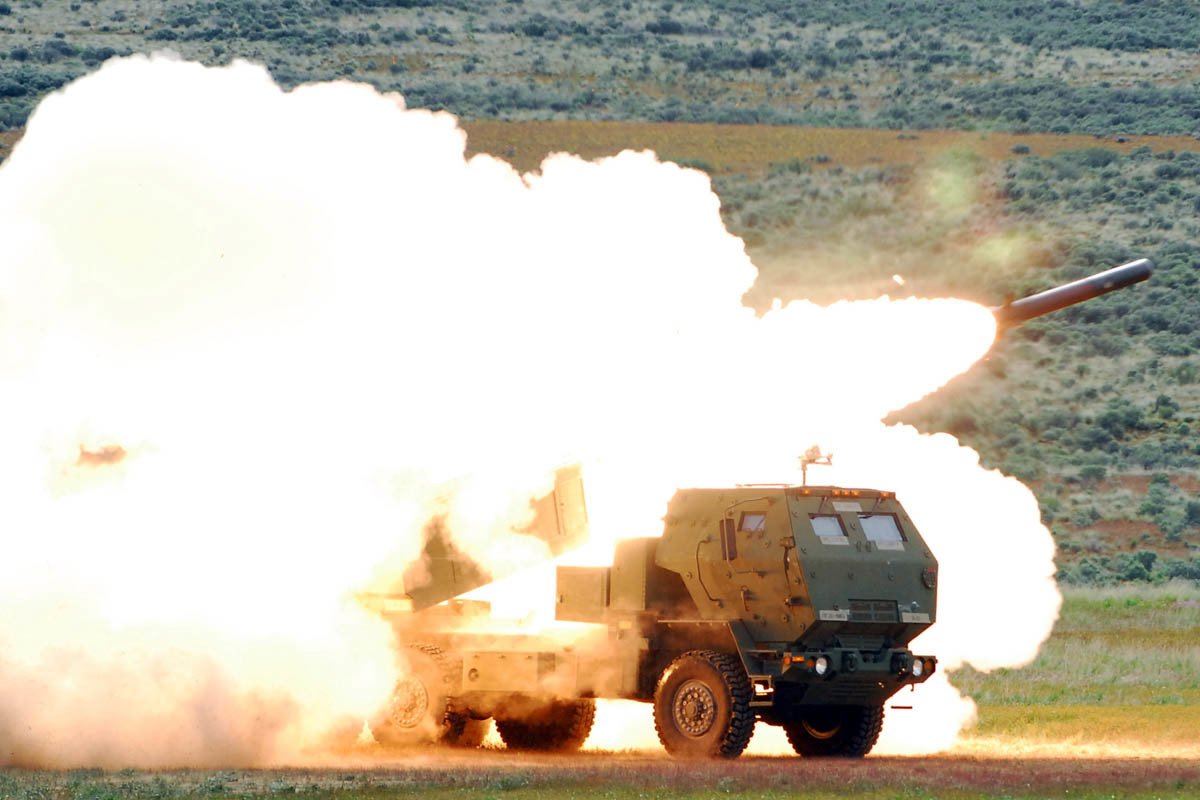 By Khaama Press - Fri May 25 2018, 11:25 am
https://www.khaama.com/us-forces-ta...an-leaders-with-m142-rocket-in-helmand-05187/
The US Military in Afghanistan says a high-level meeting of enemy command was targeted with M142 missile in southern Helmand province of Afghanistan.

“Task Force-Southwest, under U.S. Forces-Afghanistan authorities, confirmed a ground-based rocket artillery strike using the M142 High Mobility Artillery Rocket System, or HIMARS, against a command and control node for high-level enemy commanders in Musa Qala district, May 24,” the US Forces in Afghanistan said in a statement.

The statement further added that the structure was a known meeting location for prominent enemy commanders where they planned and facilitated attacks against Afghan National Defense and Security Forces, who are supporting election security in the area.

“One way we support our Afghan partners is with kinetic strikes so that they are able to maintain the offensive,” said U.S. Marine Corps Brig. Gen. Benjamin T. Watson, Task Force-Southwest commander. “Strikes like this one not only degrade Taliban operations, but also give our partners the ability to maintain continuous pressure against a weakened enemy.”

Established in 2009, U.S. Forces-Afghanistan is a U.S.-led mission that directs and enables U.S. military operations in support of Resolute Support, NATO’s train, advise and assist mission. Its purpose is to sustain campaign momentum in Afghanistan. It is also tasked with executing responsibilities and oversight for manpower, material and logistics, basing and operational movement in the country, supporting a responsible economic transition that encourages a resilient Afghan economy.

https://www.khaama.com/talibans-mil...nangarhar-districts-killed-in-nds-raid-05236/
A senior commander in charge of the military commission of the group for the 14 districts of eastern Nangarhar province was killed during an operation of the Afghan Intelligence, National Directorate of Security (NDS).

The governor’s office in Nangarhar in a statement said the senior Taliban leader Gul Mohammmad was killed late on Thursday night in the vicinity of Surkh Rod district.

The statement further added that Gul Mohammad was also famous Sangari and was attempting to flee the area when he was shot dead by the NDS Special Forces.

According to the provincial government, at least two comrades of Sangari were arrested by the NDS Special Forces during the operation.

Sangari had visited Surkh Rod to coordinate the supply of weapons, explosives, and munitions for the future attacks, the statement said, adding that he was mainly looking to carry out attacks in Jalalabad city.

Nangarhar is among the relatively calm provinces in East of Afghanistan but the anti-government armed militants including Taliban insurgents have recently increased their insurgency activities in this province.

These operations are taking Afghanistan no where. Both Afghan Taliban and Afghan Government need to sit together and find a solution which serves every ones interest and this bloody civil war must end.
K

Wipe out the taliban there can be no talks with these paki army stooges. The next step is to help Pathan's in KP.

Kalki_2018 said:
Wipe out the taliban there can be no talks with these paki army stooges. The next step is to help Pathan's in KP.
Click to expand...

Afghan Taliban are a reality USA when it had 150000 Troops in Afghanistan and NATO with 50000 Troops failed to do now they can't do with only 15000 Troops. And Pathans of Pakistan are proudly with Pakistan. The PTM jokers you tried to launch have badly failed. And this kind of group always have existed in Pakistan and every time the local Pathans bust them up.
K

So is TTP and BLA. Pakistan army cannot defeat them and the insurgency will continue to bleed PA for decades if not longer.
You must log in or register to reply here.
Similar threads
Top-secret report uncovers high-level Chinese interference in Australian politics.
China and Australia set to bolster military links following high-level
Singapore for high-level panel on urban development
India, China to kickstart high-level talks with defence parleys
Share:
Facebook Twitter Reddit WhatsApp Link