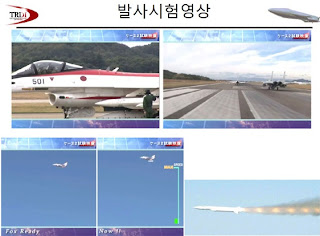 14 May 2010 : Exactly a year ago, speaking to a Japanese management consultant about potential Indo-Japan defence relations, he said that the defence cooperation potential was zero since its constitution prevented Japan from having an offensive capability.

Much has changed since - North Korea's missile tests over Japan and their recent sinking of a South Korean ship on routine patrol and Chinese unannounced patrols off Okinawa and flyby of a Chinese naval helicopter within 90m of a Japanese Naval Ship. By blaming Japan for the incident, China has followed the same pattern that 8ak reported yesterday - China makes aggressive military move, then denies it or blames the other country.

Countries looking to make friends with China are coming away rejected. One of these was Australia whose mineral-driven economy was bending over backwards to seek better relations with its primary buyer, China. It took the Rio-Tinto arrests to expose that China had little respect for Australian overtures. Prime Minister Kevin Rudd on March 2010 openly criticised China over the arrest of Australian company Rio-Tinto's employees in the middle of price negotiations and a subsequent trial mired in secrecy. The situation is repeated in Japan. After the fall of the long ruling Liberal Democratic Party (LDP) in 2009 elections, the new PM Yukio Hatoyama had promised to move away from America and closer to the Chinese. Reality has now struck them as they grow wary of China's naval aggression and aim to resolve their dispute with America over their controversial air-base in Okinawa.

Barred by their constitution from building up an offensive capability, Japan has chosen to take slow steps - build a helicopter carrier rather than an aircraft carrier. And now, as seen in the picture, a new radar-guided, anti-ship missile developed by Mitsubishi. The little information available on this is on Janes. Some websites have said that the solid-propellant/ramjet motor with a 200km radius could be an aircraft-carrier killer in response to China's carrier building efforts. While Japan could not openly say it is China specific, Japan has friendly relations with all other nations with aircraft carriers.

Japanese Defence minister Toshimi Kitazawa was in New Delhi on April 30, 2010 to meet Indian defence minister Antony to discuss strengthening relations. Not much news available from this trip, possibly due to the eternal Indian fear of antagonising China.

Here an article from Asian Defense few months back -

Mitsubishi Heavy Industries is currently developing the (X)ASM-3 high-speed anti-ship missile as a successor to Japan's Type 93 (ASM-2). The new missile has an integrated solid propellant/ramjet motor and a range of 200 km. It reportedly includes a dual-mode imaging IR and active radar terminal seeker. 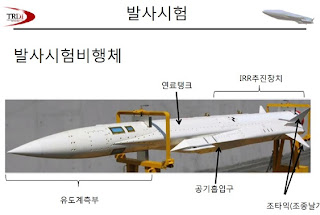 The missile incorporates several 'stealthy' features including a low radar cross-section design and the use of low-reflectivity composite materials. Japanese reports have suggested that XASM-3 development has been underway since the beginning of this decade. While no public announcement has been made to this effect, the Japan Defense Agency has continued to support technology items that would benefit the XASM-3, such as a ramjet propulsion system. 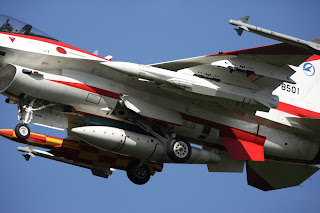 The first concrete evidence of the XASM-3 programme appeared in August/September 2006 when Mitsubishi F-2 test aircraft of the TRDI were seen carrying XASM-3 test missiles.

In the first article it mentions India strengthening defense ties with Japan, does India have involvement or interest in this missile??

LETHALFORCE said:
In the first article it mentions India strengthening defense ties with Japan, does India have involvement or interest in this missile??
Click to expand...

Hard to know if India is helping or interested.
Although I'm not sure about the worthiness of this missile. Either its another slow moving project or Japan has kept it very secret from very beginning.
What are the 'Stealthy' features it is supposed to house is concern. Does it include jump in composite materials?

Further this missile will be primarily carried by Japan's next Gen fighter, so which is it? Another customer for PAK FA or AMCA enthusiastic?

i don't think india should be interested in that since we have more stealthy, more accurate supersonic cruise missile called brahmos which has a range of about 300 kmwhose ship borne version is a very good "carrier killer"

[email protected] said:
i don't think india should be interested in that since we have more stealthy, more accurate supersonic cruise missile called brahmos which has a range of about 300 kmwhose ship borne version is a very good "carrier killer"
Click to expand...

Not necessarily India needs to buy them. Our organizations can help in Japanese program. Details of program are less known. As I said earlier if the missile materials show some improvement in composites of stealth, the project is worth having experience.
You must log in or register to reply here.
Similar threads
thetimes.co.uk: Hello world, here come the super stocks of China
Hello everyone, come from North China
Hello Again DFI !
Hello Everyone !
Share:
Facebook Twitter Reddit WhatsApp Link