Today is the very auspicious day , the beginning of Ganesh Chaturthi , the ten day long festival , one of the greatest festival in Hindu religion, in the month of Bhadra and the day of Shukla Chaturthy (Hindu Calender) . The festival is celebrated for it is believed that Shri Lord Ganesh , the son of Lord Shiv (Nataraj , the other name of Lord Shiv, Devadidev ,Lord of the all lords) and Godess Uma (Parvati or other name Godess Durga) bestow his presence on earth for all of his devotees , the celebration ends on 10th day as the day marked Anant Chaturdashi , with immersion of idles of Lord Ganesh. The celebration takes place all over India and more elaborately in Maharashtra and Goa, also Gujarat, Tamil Nadu and Andhra Pradesh and is regarded as one of the biggest festival of the Konkani people around the Globe.

The Ganesh Chaturthi was observed as an important festival in the areas under the Peshwa Rule but in 1893, legendary Freedom Fighter Lokmanya Bal Gangandhar Tilak , first transformed the festival into an well organised , large scale event , the Ganesh Chaturthi festival were organised to bridge the gap between Brahmins and Non-Brahmins and generate a nationalistic sentiment against British Colonial rule, Tilak recognised the appeal of Lord Ganesh as "the god for everybody".

On this very auspicious day , I wish everybody here in this Forum , a very happy Ganesh Chaturthi, may this festival, brings prosperity , peace , happiness to everybody sans any caste , colour, religion, nationality.

greeting to all members and friends of DFI

An Image of idle of Lord Shri Ganesh during Ganesh Chaturthi in Mumbai (Image: Wikipedia) 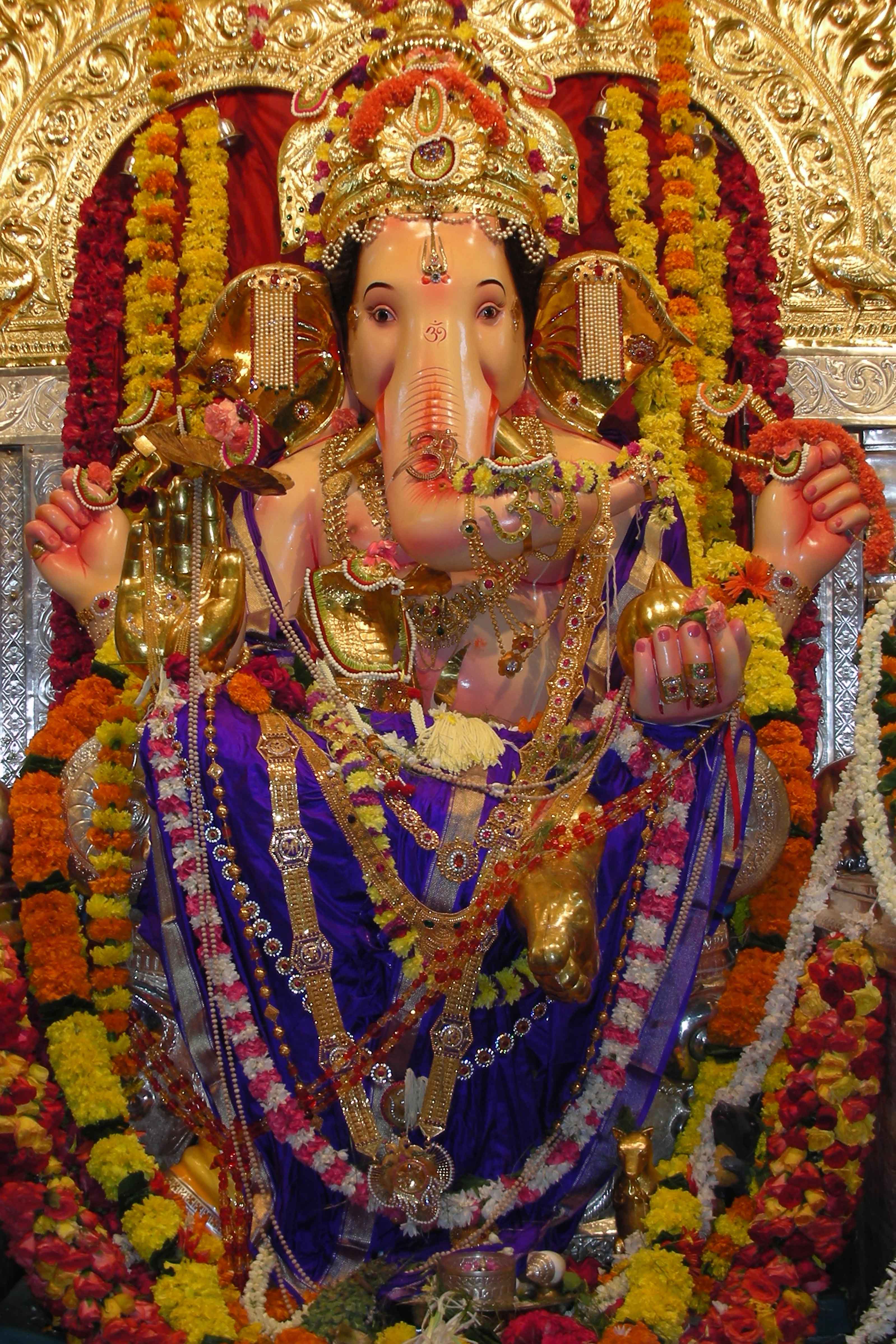 Greetings to all.
A


A tune from the movie 'Vaastav' (1999) that's dedicated to the elephant God:


And a few videos of the 'Shivgarzana' which is typical of Maratha culture at this time Enjoy!