Saw the movie yesterday. Very wrong portrayal of IAF officers as sexist. Even Gunjan's brother (an Army Officer) is shown as condescending and sexist

No interest in watching these pathetic Nepo kids movies. Karan Johar keeps piling up sh**t
B

Why the f**k these movies are allowed to get released

Brood Father said:
Why the f**k these movies are allowed to get released
Click to expand...

Censor Board is in the pockets of Bhatts & Karan Johar. Our Broadcasting minister is only keeping Kursi garam. Most worthless minister in current Modi Govt.

I think IAF has filed a complaint.

Karan Johar should be behind bars. That guy is just cancer. Kangana rightly said he is the Brand Ambassador of movie mafia.

Hopefully this is accepted. 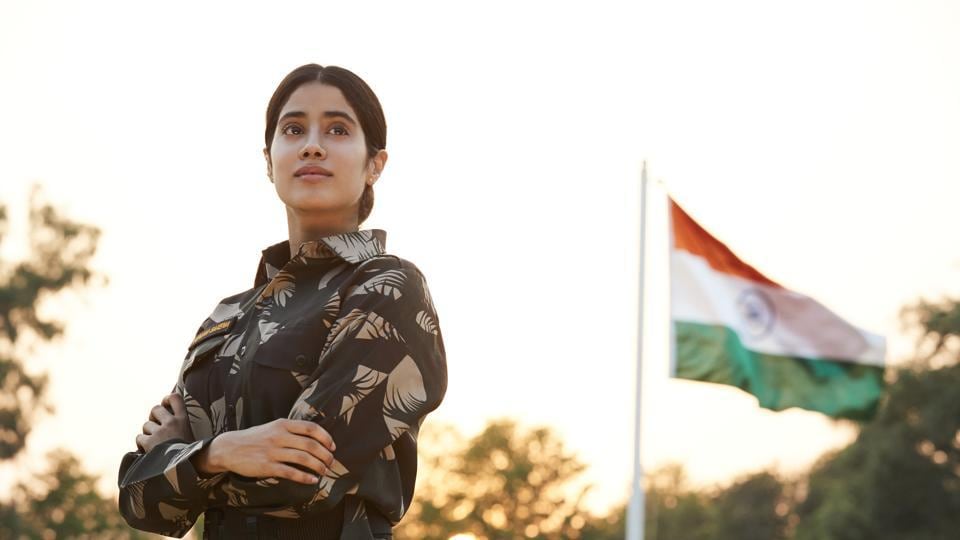 A retired IAF pilot who served with Gunjan Saxena has slammed her recent biopic, and said that it peddles lies about both Gunjan’s achievements and the air force’s treatment of female officers.

2. Remove all false references to raise bogey of patriarchy. Chakka KJO is just a feminist shill because he still needs a female womb to be a 'father'.

These asswipes must be taken down without mercy.

cereal killer said:
Censor Board is in the pockets of Bhatts & Karan Johar. Our Broadcasting minister is only keeping Kursi garam. Most worthless minister in current Modi Govt.
Click to expand...

Whole BJP support base on sm feel the same.

The GEOAT (Great Expert On All Things) does not know that The current airforce salute was introduced in 2006, earlier it was same as the army.
Last edited: Aug 16, 2020

Well from an ex-heli pilot himself (also a BRF member) i came to know that the shown salute here is valid as the current 45 degree angled salute of IAF was accepted around 2005 times,
and Gunjan Saxena times are 1990s when this salute was still in use so this time it's correct.

Can this movie be discontinued..
V

First watch Hindi movie then cry in disappointment. Old saying " Chahe 100- 100 joote khane pade magar tamasha gush kar hi dekhenge"
From 2009 ( 3 Idiots, ) I have never watched a Bollywood movie ( 8-10 movies from 2002 ). People used to laugh on me why you take these movies seriously they are just for entertainment!! Chill Bro .....Lauda lehsun. Now days same set of people are telling me how Nepotism has been killing talent in Bollywood. No matter which Khan or Kumar unless they openly denounce Nepotism and stop maligning Hinduism I will never watch Bollywood movie. SSR was also belong to them.
Once I met a mullah writer in Goa who was writing a movie for John Abrahim. He was flaunting Bollywoodiya giri,
I said I dont watch Bollywood movie
He said Why
My exact word was "Tum log jaise taise chutiyapa karte hue interval tak pahuch jate ho then you become clueless how reach to a decent end but end tak pahuchte pahuchte poora hug dete ho or public tumhara huga hua poochhhte hue Cinema hall se bahar nikalti hai.....
He cursed all khan, John momentarily after that I have never seen him around.
Last edited: Aug 17, 2020
You must log in or register to reply here.
Similar threads
An Analysis of the Kargil War
Are we prepared a second kargil ,what have changed after kargil
The making of the Kargil disaster
How Pakistan’s Faulty Missiles Stopped a Nuclear War During Kargil
Share:
Facebook Twitter Reddit WhatsApp Link