Private firms in Gujarat are assisting Indian Space Research Organisation (ISRO) in developing technology for a “manned mission” in space. While a firm in Vadodara is designing space-suits for Indian astronauts, a couple of others in Ahmedabad are developing sensors and lighting systems needed for the mission.

“The space-suits have been done in Vadodara by a private firm. It is already been tested and verified… The first thing is to make sure that you are able to control the environment for the person wearing the suit in terms of humidity, temperature and oxygen,” said AS Kiran Kumar, the chairman of ISRO while speaking to mediapersons on the sidelines of an event held at Physical Research Laboratory Tuesday.

The chairman said ISRO is working on a chamber that will house astronauts and where the environment within the chamber can be controlled, making it habitable for human beings for an extended period of time. “Primarily, all the activities including that of design of the chamber are being done in Trivandrum, with some work being done in other places,” he added.

“For example, in Ahmedabad, some of the sensors and lighting systems for the chamber is being done,” said Kiran Kumar adding that ISRO was trying to develop indigenous technology for the manned space mission.

Though the government is yet to fix a time-frame for the mission, ISRO has been developing critical technologies needed for it, including testing an unmanned crew module that successfully re-entered the atmosphere after being launched from a suborbital experimental flight of GSLV Mark III. 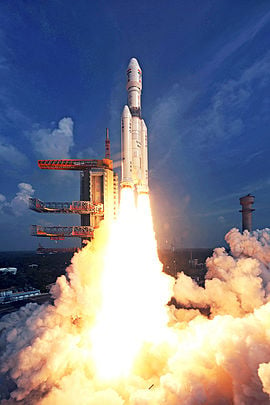