FAISALABAD: A group of men allegedly raped a minor boy at gunpoint here in the city's Sohal locality, police sources said Thursday, adding that the suspects were yet to be arrested.

According to sources in the Faisalabad police, two men were booked for allegedly sexually assaulting a 12-year-old boy at gunpoint. Both suspects had fled when residents of the neighbourhood arrived, they added.

The survivor's father, on whose behalf the first information report was registered, claimed that one suspect had kept the child captive in his house before calling an accomplice. The two then reportedly raped the 12-year-old boy at gunpoint but escaped as neighbours gathered outside.

Police said raids were being carried out to search for and arrest the two alleged rapists. 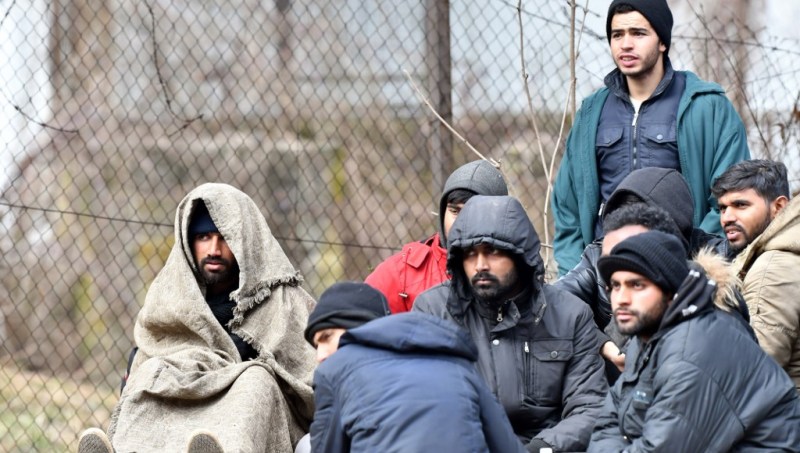 File photo: A group of illegal migrants are dropped-off by bus at the gate of Camp Blazuj, near Sarajevo, on March 11, 2020, after being transported to the camp from the northeastern city of Tuzla.

Bosnian police on Wednesday arrested six migrants accused of raping several teenagers at a reception centre where they were living in the country’s northwest.

Bosnia has become a key transit country for thousands of migrants from Asia, Africa and the Middle East who traverse the Balkans every year in hopes of reaching Western Europe.

Among them are hundreds of minors travelling alone who are particularly vulnerable to myriad dangers of the journey, rights groups warn.

The suspects, six men in their late teens and early 20s from Afghanistan and Pakistan, were arrested in a migrant centre in the town of Bihac in an “operation targeting persons suspected of rape”, a police spokesman said.

There are “several” victims who “are minors accommodated in the same centre,” spokesman Ale Siljdedic told AFP.

Another four migrants were arrested in the same operation on suspicion of drugs trafficking and possession, the spokesman said.

The centre in Bihac, located at the site of a former refrigerator factory, houses between 1,700 and 1,950 migrants, said an official with International Organization for Migration (IOM).

Among them are between 350 to 400 unaccompanied minors — boys between 15 to 17 years old — the official said, asking for anonymity.

They are placed in a “protected zone” but are “free to move”, he added.

About 5,500 migrants are currently living in several IOM-run camps in Bosnia, including in the Bihac and Sarajevo area.

But hundreds of others are scattered throughout the rest of the country, sleeping rough or in makeshift homes, according to authorities.

HANGU: The police here on Monday registered a case against unidentified accused for killing an eight-year old girl in the limits of Doabad Police Station a day earlier.

However, the section of law pertaining to the sexual assault was not included in the first information report (FIR) even though a doctor at the District Headquarters Hospital in Hangu had confirmed that she had been sexually assaulted before being shot dead.

On Sunday, the victim girl was found dead at Sarokhel area in the Thall tehsil in the Hangu district. She had gone missing after her relatives spotted her body at a deserted place. Deputy Inspector General of Police (DSP) Shaukat Ali Shah Bukhari said the police could not include in the FIR the section of law pertaining to sexual assault until the final post-mortem report was received.

He said the police had arrested more than 16 suspects in the case and they were being grilled. Meanwhile, a protest was staged against the alleged rape and subsequent murder of the victim girl. The Hangu Students Society staged the protest led by Abidullhah, Abdur Rasheed and others.