Lt Gen. Praveen Bakshi, General Officer Commanding-in-Chief of Indian Army's Eastern Command at Kolkata, and the senior most General to succeed Dalbir Singh, was superseded in the appointment.

As per reports, Lt Gen Bakshi; Lt Gen PM Hariz, the Southern Army Commander, and Lt Gen Bipin Rawat were in the fray to succeed General Dalbir Singh, while the name of Air Marshal Birender Singh Dhanoa, a Kargil veteran, was also making rounds for the top post for quite some time.

A formal announcement was expected to be made after the Winter Session of Parliament. (ANI) 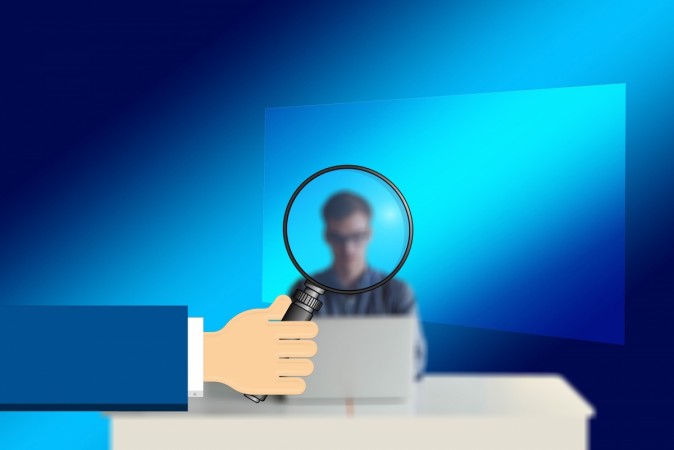 Anil Dhasmana has been named the new chief of India's spy agency RAW, which looks after intelligence-gathering from foreign lands. Dhasmana is a 1981-batch Madhya Pradesh-cadre officer. He will be replacing Rajinder Khanna, a 1978-batch IPS officer. In fact, Khanna was the first person to be elected RAW chief from within the organisation, as opposed to his predecessors — right from founding-director RN Kao — who were chosen from outside the organisation.


Dhasmana is reportedly an expert on Balochistan, a restive province in Pakistan that claims the country annexed it soon after gaining independence in 1947. Prime Minister Narendra Modi had raised the issue of Balochistan during the Independence Day speech this year — a move seen by political observers as countering Pakistan's constant harping on Kashmir.

Rajiv Jain has been named the new chief of the IB, which gathers intelligence within India. Jain is a 1980-batch Jharkhand-cadre officer. He will be replacing Dineshwar Sharma, a Kerala-cadre 1979-batch IPS officer. Both Jain and Dhasmana were frontrunners for the respective posts they have been chosen for.

It had already been reported that the Central Bureau of Investigation (CBI), IB and RAW would get new chiefs. The CBI has since got a new director in 1984-batch Gujarat-cadre IPS officer Rakesh Asthana, who replaced Anil Sinha. According to an official statement from the CBI, Asthana "has been decorated with the Police Medal for Meritorious Service in 2001 and the President's Police Medal for Distinguished service in 2009."

Superseding two senior Lt Gens, Bipin Rawat is new Army Chief; Dhanoa to head Air Force
The only other time the seniormost officer has not been appointed Chief was in 1983, when Lt Gen S K Sinha was overlooked for the post in favour of Gen A S Vaidya.

The government on Saturday announced Lt General Bipin Rawat would be the new Army Chief, superseding two seniormost Lt Generals, Praveen Bakshi and P M Hariz. The only other time the seniormost officer has not been appointed Chief was in 1983, when Lt Gen S K Sinha was overlooked for the post in favour of Gen A S Vaidya. Lt Gen Rawat, who is currently Vice Chief of Army Staff, will take over as the 26th Chief after Gen Dalbir Singh retires on December 31. Lt Gen Rawat is an Infantry officer, having been commissioned in the Fifth Battalion of the Eleven Gorkha Rifles.


Senior Defence Ministry sources told The Sunday Express that “merit and suitability have been taken into account while selecting the new Army Chief”. “Lt Gen Rawat”, they said, “had more than 10 years of experience in counter-insurgency operations and on the Line of Control, besides serving on the China border. He has the requisite experience considering the current situation”.


Lt Gen Hariz, by contrast, had no experience in an operational area, the sources said. And Lt Gen Bakshi had mostly been posted in Rajasthan. “The two postings he has done in J&K are both in staff — once as a Colonel in Doda and then as a Lt General as the Chief of Staff in Northern Command,” they said.


The government’s choice is likely to trigger accusations of political interference, because the postings of an Armoured Corps officer are in the plains and deserts where tank battles are likely to be fought with Pakistan. Also, Lt Gen Bakshi was heading one of two operational commands, the Eastern Command, which looks after the sensitive China border and conducts counterinsurgency operations in the Northeast.


“It is the government’s prerogative to select the new Army Chief. It has only happened once earlier that the seniormost officer was overlooked, in the case of Lt Gen S K Sinha in 1983. But the criterion for deep selection by the government is not clear as it knows little about the job of an Army Commander. There is nothing spectacular about serving in J&K. If there is a war tomorrow, it could be fought in plains and deserts. What happens then?” said Lt Gen H S Panag (retd), a former Northern Army Commander, who has taught the three contenders at the Indian Military Academy, Dehradun, and at the Defence Services Staff College, Wellington.


Before Saturday’s announcement, the government had deviated from another usual practice — that of announcing the incoming Army Chief at least 60 days in advance. The delay led to intense speculation that the government may overlook the principle of seniority in making its choice. The fact that Lt Gen Rawat moved in as the Vice Chief on September 1 — when Lt Gen Bakshi was the seniormost of the Army Commanders and next in line to be the Chief — fanned the speculation.


Commissioned in the Army in December 1978, Lt Gen Rawat commanded an Infantry battalion along the Line of Actual Control in the Eastern Sector, a 5 Sector Rashtriya Rifles, and 19 Infantry Division in the Kashmir Valley. As a Brigadier, he also commanded a multinational brigade in the UN peacekeeping mission in the Democratic Republic of Congo, where he was twice awarded the Force Commander’s Commendation. Prior to taking over as the Vice Chief, he was GOC-in-C, Southern Command, at Pune.

The government also announced that Air Marshal Birender Singh Dhanoa will be the 22nd Chief of the Air Force, replacing Air Chief Marshal Arup Raha who retires at the end of the year. Commissioned in the IAF in June 1978 as a fighter pilot, he is a Qualified Flying Instructor and has flown various types of fighter aircraft in his distinguished career. During the Kargil operations, he commanded a fighter squadron and himself flew numerous night strike missions over mountainous terrain.

Air Marshal Dhanoa has the distinction of having held a number of important operational appointments including Station Commander of a fighter base and leader of an Indian Military Training Team abroad. He has also served as Chief Instructor (Air) at the Defence Services Staff College, Wellington, Assistant Chief of the Air Staff (Intelligence) at Air Headquarters, and Senior Air Staff Officer of two operational Commands. Prior to being appointed Vice Chief, he was Air Officer Commanding-in-Chief of the South-Western Air Command. 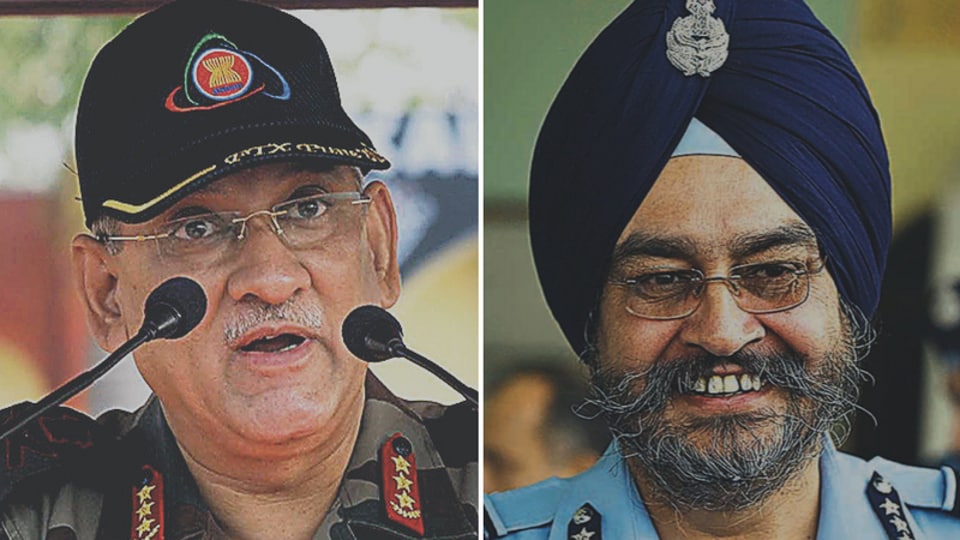 The government announced on Saturday the names of the new army and airforce chief along with the heads of the spy agencies.

Lieutenant General Bipin Rawat will take over as the new chief of army staff from General Dalbir Singh Suhag as the head of the 1.3 million strong force and Air Marshal Birender Singh Dhanoa has been chosen as the new chief of the Indian Air Force, the ministry said.

The government also announced Anil Dhasmana as the new chief of the Research and Analysis Wing while Rajiv Jain will head the domestic agency Intelligence Bureau.

Here’s a look at the appointments:

Commissioned in the 11 Gorkha Rifles in December 1978, Rawat has commanded an infantry battalion along the Line of Actual Control, a Rashtriya Rifles sector and an infantry division in the Kashmir Valley. He has vast experience in high-altitude warfare and counter-insurgency operations.

• He was commissioned into 5/11 Gorkha Rifles

• He is second consecutive chief from the Gorkha Rifles

Dhanoa has flown various types of fighter aircraft and is a qualified flying instructor. He commanded a fighter squadron during the Kargil Operations and flew numerous night strike missions in the mountainous terrain.

• His father, SS Dhanoa, was the chief secretary of Punjab

The New IB chief is expected to sharpen focus on coordinating the government’s financial surveillance programme after demonetisation.

• Jharkhand-cadre officer Jain, is the senior-most special director with the IB

• Jain, who is at present serving as the Special Director in the IB, will take over on January 1 after the incumbent Dineshwar Sharma completes his two-year tenure on December 31

Anil Kumar Dhasmana, who joined the RAW in 1993 from his parent cadre Madhya Pradesh, has worked extensively with the external intelligence agency’s Pakistan desk.

An expert on Pakistan

• He is known to be a Pakistan expert

Lt Gen. Praveen Bakshi, General Officer Commanding-in-Chief of Indian Army's Eastern Command at Kolkata, and the senior most General to succeed Dalbir Singh, was superseded in the appointment.

As per reports, Lt Gen Bakshi; Lt Gen PM Hariz, the Southern Army Commander, and Lt Gen Bipin Rawat were in the fray to succeed General Dalbir Singh, while the name of Air Marshal Birender Singh Dhanoa, a Kargil veteran, was also making rounds for the top post for quite some time.

A formal announcement was expected to be made after the Winter Session of Parliament. (ANI)

Gov had good chance to from CDS post as at various forums/media it was rumored that Lt Gen. Praveen Bakshi, a good officer would be made CDS and its just formality pending.But it looks like nothing is going to happen .

An NDA gov cann`t even fullfill its own promise made in election manifesto 2014 where no support of opposition or approval from Judiciary is required or it can be challenged.

Now it looks like there wont be anymore CDS or its equivalent post in India.I would still wait till 31 dec 2016 the last working day of Lt Gen. Praveen Bakshi.But i doubt there would be any sort of news around new year