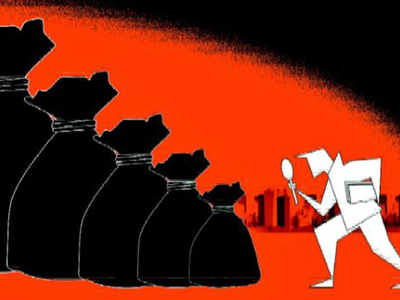 HIGHLIGHTS
NEW DELHI: The government has expanded the ambit of its fight against black money and is looking to curb institutional money laundering by shutting down "dormant" companies, suspected to be anywhere between 6 to 7 lakh. Many of these firms had carried out high-value transactions and deposited huge amounts of cash in banks following theCentral Board of Direct Taxes (CBDT) playing a key role. A senior CBDT official said the I-T department has gathered information on shell companies which made huge deposits in the twomonth period post-demonetisation when companies and individuals were allowed to deposit scrapped notes of Rs 500 and Rs 1,000 in banks.

The I-T department also gathered a wealth of information on these "dormant" companies. These firms had managed to remain under the radar till now by not filing annual returns with the Registrar of Companies (RoC). The government has involved all major revenue intelligence agencies in the exercise, besides the Security and Exchange Board of India, the RBI, the Intelligence Bureau and the corporate affairs ministry, the official said. The CBDT is believed to have impressed upon the government that once these 6-7 lakh dormant firms are deregistered, it could bring an end to "institutional money laundering" in the country.

Shell companies have no actual business operation or assets. They are merely used by "entry operators" to launder money on behalf of clients. The CBDT has prepared an integrated databank of suspected shell companies and entry operators and is in the process of matching recent banking transactions with other suspect "dormant" companies. The data also includes information gathered from property registration, suspicious transaction reports shared by the Financial Intelligence Unit and foreign bank accounts. This data was further identified against PAN and registered address of suspected entities.
http://m.timesofindia.com/india/gov...in-war-on-black-cash/articleshow/57382856.cms

Good move by GOI. Now govt should Crack down on benaami properties too.
A

lcafanboy said:
Good move by GOI. Now govt should Crack down on benaami properties too.
Click to expand...

Please GOI , move . We are waiting . We are with you in fight against corruption and black money. Please do the necessary.

How the hell are these shell companies given permission to open shop in the first place? Does the govt give permissions blindly without applying their mind?
N

Mikesingh said:
How the hell are these shell companies given permission to open shop in the first place? Does the govt give permissions blindly without applying their mind?
Click to expand...

The level of misdeeds in the economy is entirely impossible without collusion of corrupt officers available for sale.
You must log in or register to reply here.
Similar threads
Govt may announce India's first National Employment Policy in budget 2018
RAW may try to kill Sharif, warns Pak-Punjab govt
Prince: 'Govt may soon lose all control over Balochistan'
Govt may relax norms for authorized defence agents
Share:
Facebook Twitter Reddit WhatsApp Link