Goof up by DGQA: Posts pic of British Army soldier in their ad

Stupid babus have used the pic of a British army soldier in this ad. This is DGQA for you!!

Ain't this disrespect towards our own soldiers?

Certainly not intentional, yet it is apparent that the office of the Director General of Quality Assurance has some quality control problems.

I have already mailed DGQA keeping MoS and RM in loop. Do you think they would release a corrigendum?

I would expect a corrigendum and an apology. I also wonder whether this ad was subcontracted to some private company.

Well,this is news for me! Do they outsource advertisements too?

Oh, the PR dept. or whatever of the armed forces are in dire condition. At howrah station on the wall of the Soldiers' Restroom the picture includes F-18 hornet. These guys don't even know what equipment their forces operate or how to recognise them!

Stupid babus have used the pic of a British army soldier in this ad. This is DGQA for you!!

Ain't this disrespect towards our own soldiers?
Click to expand...

Coming to the topic at hand this clearly reflect lack of professionalism and interest in their field of work,in Indian context it's not surprising at all.If you look all around at different government departments they are no different at all.In this case first DGQA should have formed the add by themselves ,after all it was just a print add where you have to put together few photos and slogan together.However, even if it was outsourced to a private company, the add are not printed unless they are finalized by the concerned customer {in this case DGQA} .So the responsibility certainly lies on DGQA for this,being a authority dealing in armed forces the least expected from them is to identify a jawan of indian armed forces. Isn't their job to regulate the quality of assault rifles issued and they failed to differentiate between insas and SA80 ,shameful and pathetic at very least.


Now, this type of neglect,foolishness is not only limited to drdo ,ofb and dgqa but it has now even spread to the most respected and celebrated govt arm that is Indian army.

Let's see how things are going:

1 F -insas :They promised us top of the world and delivered dud ,F -insas shut down, cancelled where as similar programmes around the world have matured and delivered or are at the verge of it.

2 LSV : Again there were trials with much fan fare and then it was cancelled ,RFI issued once again but that's the end of it, no progress visible after that.

3 LCAV: RFI issued and as usual everything dud after that.

4 Ballistic helmets: The one made by drdo are of decades old tech and design,always hear the procedure to acquire them is in process since last decade which never seem to move ahead from process.The biggest irony is that we have Indian companies like MKU exporting to 1st world armies around the world.

5 Modular bullet proof vest:Like helmets only fairytale of being in process.

7 Then there is better combat boots,camo,personal communication set and many others list goes endless .Indian army has somehow managed to fuck the procurement of all of these.

The one person who should be held responsible for these should be COAS Dalbir singh and all of his predecessor who have hold this position before him.The junior ranks and officers are equally frustrated like us, but all they can do is write their complains and grievances to senior officers ,who then forward it to their seniors but no action is taken on these,the bucks stops at COAS.It is his duty to see and make sure Indian army transition into modern fighting force,he has been placed there to make sure that all the needs of a humble infantry jawans are met and met in proper time in effective way ,but he seems to fail in doing this.The biggest joke is that every COAS till now just like the present one never fail to mention that their priority lies with infantry ,and to tell the truth their priority really "lie" with infantry.

However, in all this mess there are some bright spot such as ISRO,DRDO missile labs,Indian navy and Indian airforce which seem to work in smooth flow .There is no dearth of brain,talent and zeal in Indians, but we need to seriously overhaul government departments,their work culture and attitude towards excellence ,no longer we should celebrate mediocre.We have to be the best!that's attitude we ought to have,sleek and efficient should be the the new mantra and not large and slow for government departments.

A lot similar to this guess what creativity in India sucks but then even fCCKing copy paste ?? 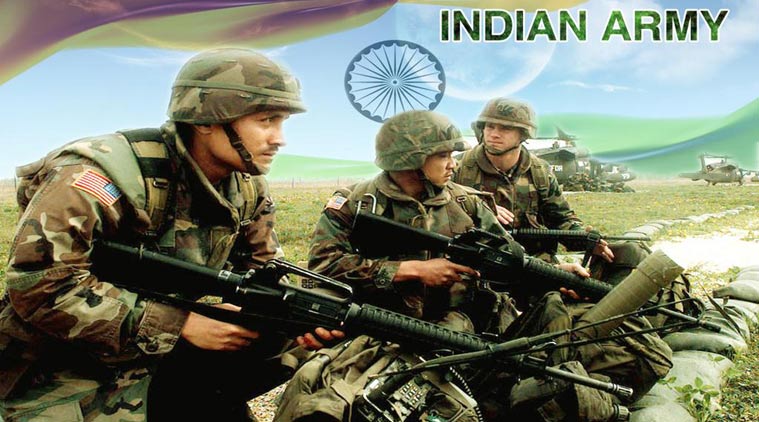 You must log in or register to reply here.
Similar threads
AK ANTONY'S GOOF-UPS HAS LED TO LOW DEFENSE ALLOCATION BUDGET-2016
Man outsourced his own job to China to goof off at work
Twitter goofs up, resets users' passwords
We made a goof, we fixed it, says US on India map
Share:
Facebook Twitter Reddit WhatsApp Link