Gay people in US armed services

New figures obtained by an organisation dedicated to fighting the ban on openly gay, lesbian and bisexual people serving in the US Armed Forces, and Americans want the military gay ban to end.

627 people were discharged last year from the country’s military under a law introduced in 1993 referred to as "Don't Ask, Don't Tell."

In the US Army, women make up 15% of soldiers

Retired high-ranking military leaders, such as former Joint Chiefs Chairman John Shalikashvili and Lieutenant General Claudia Kennedy, have called for an end to the DADT law, which is estimated to have cost American taxpayers more than $364m (£182m) since its inception.

An estimated 65,000 lesbian and gay service members serve on active duty and in the reserves of the United States military, according to the SLDN, which is a non-profit legal services, watchdog and policy organisation dedicated to ending discrimination against and harassment of military personnel.

The most senior US military veteran in the House of Representatives has called for an end to the ban.

Democrat Congressman Joe Sestak, who served 31 years in the Navy, retiring with the rank of three-star Admiral, is one of seventeen veterans in Congress who want to repeal the law.

Nearly 150 of his Congressional colleagues have lent their support to the Military Readiness Enhancement Act which would repeal the law and allow lesbian, gay and bisexual personnel to serve openly.

"It is easy for me to see why "Don't Ask, Don't Tell" should be repealed," said Congressman Sestak.

"Once you have served in war and faced danger with a gay service member, how can you come home and say gay people should not enjoy equal rights?"

The issue of gays and lesbians serving in the Armed Forces still divides politicians in the US.

For the rest of the countries in the NATO alliance, the claims and counter-claims about unit cohesion and the "influence" of gays on fighting men seem like echoes from another time.

The Dutch lifted their ban on gays in 1974, Australia followed in 1992 and Canada soon after.

Gay, lesbian and bisexual people have served openly in the British Armed Forces since 2000.

In the UK the British Army, Royal Navy and Royal Air Force not only allow gay people to serve but actively supports them.

Personally, I am absolutely staggered at the figure of 65000. What were we saying about those pink undies?

Without doubt they are gay when they join Johnee.
People are born like it and can't help it, but I won't argue the point with anyone. It is my opinion.

I'm agree with Sailor, the Gay and Lesbian are 'taboo' here in India. In the US military as long as they serve their motherland , I see no problem.

With an awesome 65000 in their military you can see why they have to allow it.
I think only the real screamers would be banned and the rest accepted.
A

Pintu said:
I'm agree with Sailor, the Gay and Lesbian are 'taboo' here in India. In the US military as long as they serve their motherland , I see no problem.

Don't ask, don't tell, keep your mouth zipped and also your pants while on duty, simple as.
E

Auberon said:
Don't ask, don't tell, keep your mouth zipped and also your pants while on duty, simple as.
Click to expand...

I'm sure there are a few gays in our armed forces as well and they follow exactly that same policy...
S

Homosexuality is not confined to the US. Your homos would be the same percentage in India. It's just that it is hidden.
E

Sailor said:
Homosexuality is not confined to the US. Your homos would be the same percentage in India. It's just that it is hidden.
Click to expand...

And, it has started to come out of the closet atleast in the cities in recent times... lots of gay pride parades, gay rights activists and famous people coming out in the open and professing their orientation...
A

Yes, and no harm, as long as you don't start doing a Gay Pride jig on base, and proclaiming your homosexuality to the whole world, thats the essence of it, straight folks will keep their mouths and pants zipped on duty, gay folks ll do the same.
S

The most notorious case in the US military in regard to homosexuality was the dreadful tragedy on board the USS Iowa, when the number 2 turret exploded.

The USS Iowa turret explosion occurred in the Number Two 16-inch gun turret of the United States Navy battleship USS Iowa (BB-61) on April 19, 1989. The explosion in the center gun room killed 47 of the turret's crewmen and severely damaged the gun turret itself.

When you look at the explosion photo below, at that instant 47 men died as a result of a homosexual love affair gone wrong. This is what can happen in these circumstances.
Fortunately this seems to be an isolated incident. 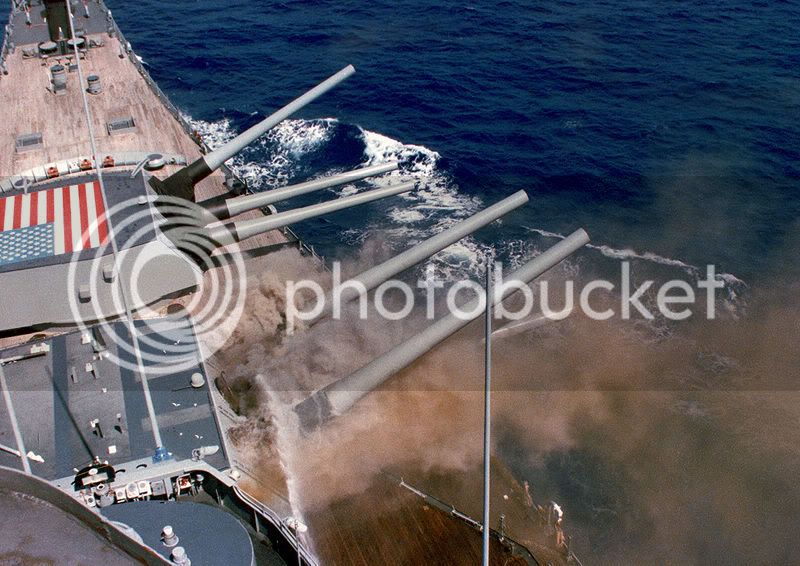 Sailor said:
Homosexuality is not confined to the US. Your homos would be the same percentage in India. It's just that it is hidden.
Click to expand...

The Gay population in India is very high. You could say the percentage is more since the Indian society is more closed than in the US. Well, you don't see strip clubs in India do you?

I doubt our soldiers are allowed to go to Brothels too due to STDs.


Pintu said:
I'm agree with Sailor, the Gay and Lesbian are 'taboo' here in India. In the US military as long as they serve their motherland , I see no problem.

My friend was in the US Marines for sometime. He said gay soldiers are normal. There were times when a whole bunch of guys would enter some poor blokes bunk and fak him.

The catch is simple. Everything is fine as long as you don't get caught. Else you are booted out.
S

In India many homosexuals live thier lives as heterosexuals, getting married and having kids. No one suspects.

Its just that they end up living a very dissatisfied sexual life. And problems in the bedroom can become problems with the marriage, and end up in divorce.

As for homosexuals in Indian armed forces, I am sure they are there, but as long as they don't violate army rules, no one should have any problem with them. They are men and women risking their lives for the country, and that makes them as good a soldier as any.
You must log in or register to reply here.
Similar threads
Indian armed forces refuse to tolerate gays and adulterers
Gay Right watch: Pornstar August Ames killed herself at 23 after she was bullied
How Womanising and GAY terrorists drop their guard in Kashmir to get arrested/killed
First Gay Muslim man in UK weds in a same-sex marriage
Share:
Facebook Twitter Reddit WhatsApp Link