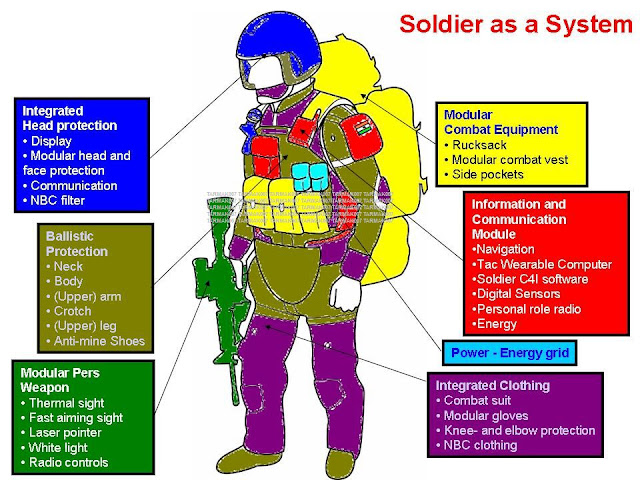 .
.
Futuristic soldier as a system undergoes skill tests at CAIR
.
.
Bangalore: In tune with Indian Army's massive modernisation plans, defence scientists have gone one step ahead to give birth to a tech-solider as a system. Wrapped in sensors and sporting a combat suit stitched from NBC- clothing (Nuclear, Biological and Chemical), this solider from a la Star War zone is currently undergoing 'skill tests' at the Centre for Artificial Intelligence and Robotics (CAIR) lab in Bangalore. Sources tell Express that the project-X (not yet named), took birth 18 months back at CAIR. "We are sure that in future there will be a requirement from the Army for similar systems when the modernisation plans embrace the foot solider. By then, we will be ready with a system that is tested in-house, proven and fit for the field trials," sources said.
For the project, the scientists have designed and developed indigenous wearable computers that can be leveraged to process, display, store and disseminate information received from the sensors. Necessary command and control (C2) applications that would be needed for collaboration between members of the combat team are also ready. These applications provide capabilities of locating self on a map using location based services, red-force and blue-force tracking, streaming video from head mounted and robot mounted cameras. Additionally, the CAIR has also identified power packs with suitable form factors.
"In modern combat, there are increasing demands being placed on the human soldiers along various dimensions. For example, in terms of perception, they are expected to be able to operate at night, in dense foliage and in densely built-up urban areas, where human vision may prove to be inadequate and direction of attack may not be perceptible," say sources.
In terms of coordination, groups of individuals need to carry out complex coordinated tasks, even in the face of uncertainties and hostilities. In terms of logistics, the soldiers are expected to survive and sustain operations for prolonged durations. These demands can be met only by augmenting human capabilities with technology insertions.
For increasing perceptual capabilities, a number of imaging sensors like night vision sensors, infrared sensors, thermal and through-the-wall imaging sensors are provided to the gen-next solider. "Acoustic and vibration sensors can be harnessed to address sensing of direction of fire.
This enables the soldier to become a cybernetic entity with extra-human sensing capabilities. The soldier as a system with one such sensors will be able to receive the incoming data, store, process, display and disseminate it," say sources.
Wearable computers along with ad-hoc networking capability are thus a critical necessity.
The peer-to-peer networking capability allows the individuals to share sensory inputs, information about own and sensed enemy elements, tasks and plans. "This allows collaboration and coordination between individuals, effectively creating a cybernetic super-organism out of the team," sources said.
The 'Soldier.ver2' is armed with a modular personal weapon which has thermal sight and greater aiming sight, when compared to some modern spit-fire units. With laser-pointers, nano- target correction modes and radio controls, the CAIR scientists are marching ahead in confidence rubbing shoulders with the mean man-machine.
For they know, tomorrow is different.

I don't understand, have they actually designed a prototype for the rifle they mentioned?

Also the soldiers would need to be extensively trained in its use.

Dovahkiin said:
I don't understand, have they actually designed a prototype for the rifle they mentioned?
.
Click to expand...

The photo features the colt m4a1. Looks like a massive tender is going to come out.

at least they are testing the system.
Thats more important for army and its mordinization.

Karthic Sri said:
The photo features the colt m4a1. Looks like a massive tender is going to come out.
Click to expand...

Can non-US citizens bear firearms in US ?

what is CAIR ? is it a private company?
B

Centre for Artificial Intelligence and Robotics

The Centre for Artificial Intelligence and Robotics (CAIR) is a laboratory of the Defence Research & Development Organization (DRDO). Located in Bangalore, Karnataka, involved in the Research & Development of high quality Secure Communication, Command and Control, and Intelligent Systems. CAIR is the primary laboratory for R&D in different areas of Defence Information and Communication Technology (ICT).
History:

CAIR, which was operating from different campuses across Bangalore has now moved to a new unified sprawling campus.

Tojo said:
what is CAIR ? is it a private company?
Click to expand...

Centre for Artificial Intelligence and Robotics (CAIR) lab in Bangalore

here go through this DRDO 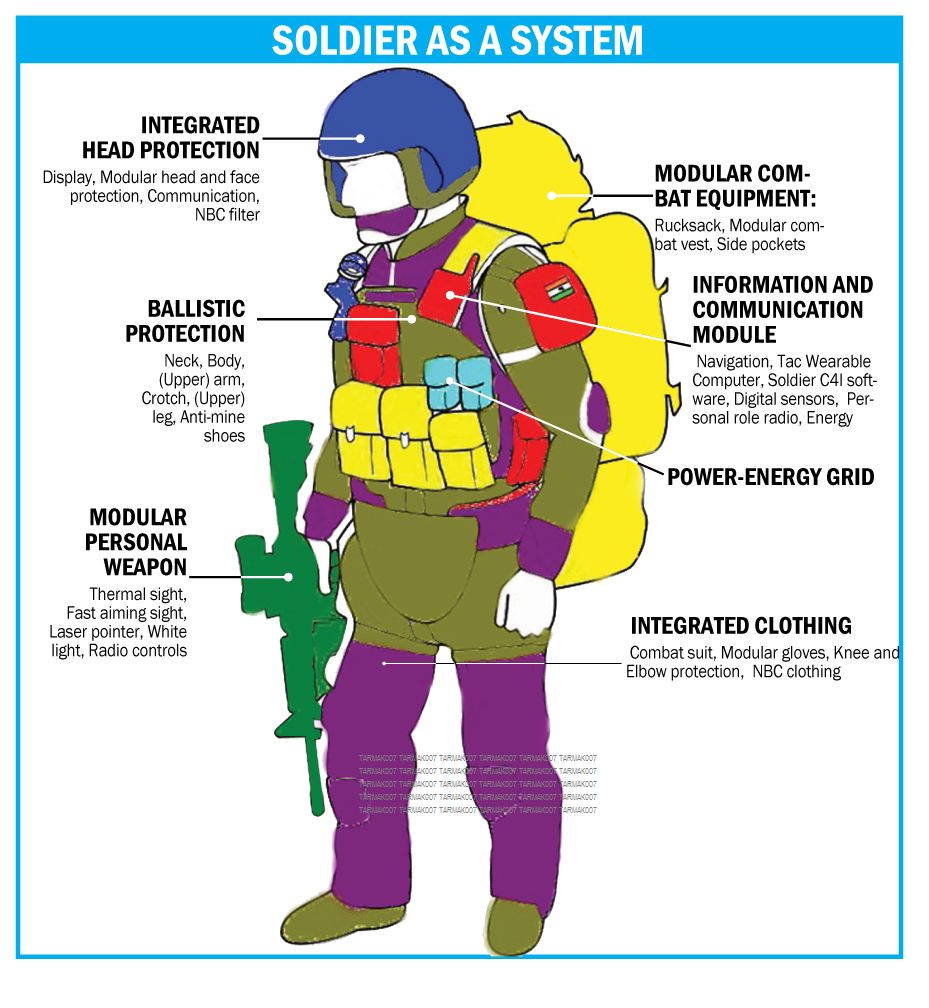