France currently fields six Reaper Block 1 and six Reaper Block 5 UAVs. It is seeking to add an additional six Block 5 variants to its inventory, with the latter to be armed with GBU-12 Paveway precision-guided bombs and AGM-114 Hellfire air-to-surface missiles.

These systems will also be equipped with an FMS pod for electronic intelligence gathering.

In 2011, France began looking for a platform to serve as a capability bridge medium-altitude, long-endurance (MALE) surveillance UAV. The government finally settled on the MQ-9 Reaper in 2013, which was the French military’s preferred option.

An FMS agreement was announced on June 27, 2013, calling for the potential purchase of 16 Reapers, eight mobile ground stations, and associated equipment, parts, training, and logistical support, all of which came to an estimated cost of $1.5 billion.

France ordered its 12 current Reapers in four batches, each consisting of three UAVs and two ground control systems. The first two batches were in Block 1 version, while the third and fourth were in Block 5. The earlier variants will be upgraded to Block 5 standard, thus allowing them to be flown in Europe.

The procurement of Reaper MALE surveillance drones was originally intended to provide France with an interim bridge while the French collaborated with the British on the development of a new-generation MALE UAV solution intended for introduction between 2020 and 2025. Instead, that project foundered and eventually ended when Dassault confirmed in February 2019 that work had ceased.

Instead, France’s long-term MALE UAV solution may come from a multinational Franco-German-Italian-Spanish EuroMALE Remotely Piloted Aircraft System (RPAS) initiative under development. France has committed to the purchase of eight EuroMALE RPASs through 2030. 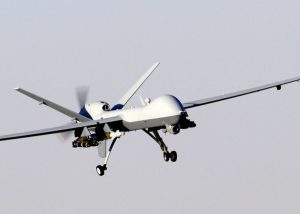