Dying for beauty: Solange Magnango poses during her modelling days. The Argentine beauty has died after a cosmetic operation to give her a firmer behind went wrong​
An ex-model who was obsessed with maintaining her youthful looks has died following surgery to make her buttocks firmer.

The mother of eight-year-old twins died on Sunday from a blocked lung artery after spending three days in a critical condition in intensive care.

Her close friend and fashion designer Roberto Piazza said the brunette had become obsessed with her looks as her successful modelling career approached its end.

He said: 'Solange was a girl who had everything. She lived the life of a goddess, she was the envy of everybody.

'Now she is dead because she wanted a slightly firmer behind.

'She died because of her obsession with beauty.'

Ms Magano, who was crowned Miss Argentina in 1994, previously had cosmetic surgery on her breasts after the birth of her twins.

Last Thursday she travelled from her home in Cordoba to the capital Buenos Aires for the buttock implants.

But she was rushed from a private clinic to hospital shortly after the surgery, a normally routine procedure called gluteoplasty.

It is an operation favoured by women who want fuller and firmer looking buttocks, hoping to look like stars such as Jennifer Lopez or Beyonce Knowles.

Ms Magnano - who had recently launched her own modelling agency Actitud Models - suffered a pulmonary embolism, a blocked lung artery, and doctors were unable to save her life.

Her friend Mr Piazza said she had enjoyed a hugely successful career around the world but became obsessed with her looks after returning home to Argentina.

He said: 'She was a fantastic model. When I first met her I thought 'this girl is perfect'.

'She had an amazing body, she wasn't hyper-skinny, she had a voluptuous body, an exotic beauty.

'In 1994 she participated in Miss Universe. She was very successful around the world, she worked a lot in Paris. 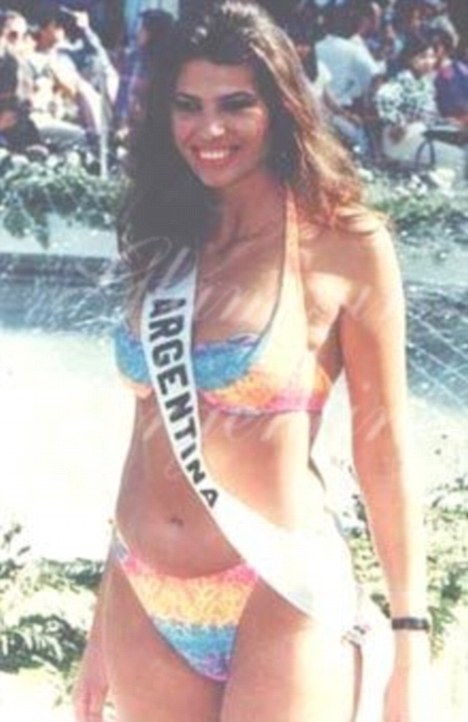 Beauty queen: But as she began to get older, Ms Magnango grew obsessed with remaining youthful-looking 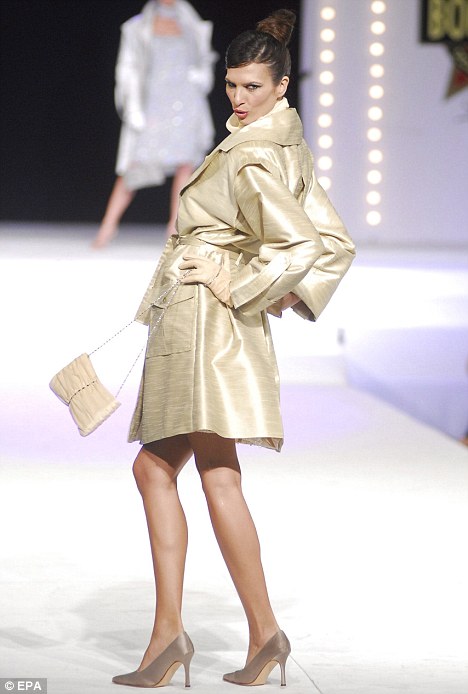 Still got it: Ms Magnango struts on the catwalk in May of this year​
'Later she returned to Argentina, fell in love, married a very beautiful man and they lived in Cordoba, where they had twins.

'Then she started to miss the world of modelling.

'She was different, not a Barbie-like beauty. Until she started to become obsessed by her looks.'

Mr Piazza said Ms Magnano had surgery 'to lift her breasts, which had drooped after she gave birth.'

Then she became obsessed with her buttocks. 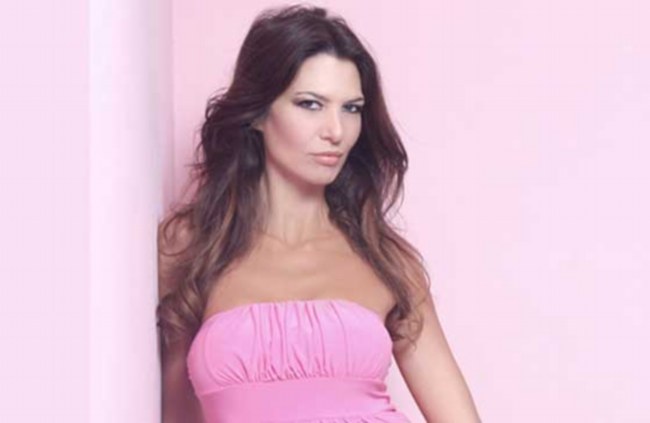 Ms Magnango was the mother of twin eight-year-old girls​
'She began to investigate because she wanted it to be firmer. She said she had cellulite,' he said.

The procedure involved injections of a liquid 'which went to her brain and lungs,' he added.

Ms Magnano's was buried in her home town of San Francisco, in the province of Cordoba, in front of 300 people on Monday.

Her death has sparked a huge debate in Argentina about the rights and wrongs of cosmetic surgery.

Around 50,000 cosmetic operations were carried out in the country last year, up more than 60 per cent in five years.

Increasing numbers of foreigners are travelling to the South America country, as surgery there is relatively cheap.

too costly to loose something for a butt.

Perils of being born in a country full of perfect women. RIP.

before buttock augmentation, she had enjoyed a hugely successful career around the world but became obsessed with her looks after returning home to Argentina
Last edited: Apr 4, 2014

hmmm.. But how much strategically was the butt positioned to have this thread in Indian Defence Strategic Issue???
P


jackprince said:
hmmm.. But how much strategically was the butt positioned to have this thread in Indian Defence Strategic Issue???
Click to expand...

Thread should have been deleted, or closed, or at the least moved at the beginning. We have a place for jokes and chit-chat.