Forces on Alert as India Gears Up to Weed Out 2 Mln Bangladeshi Muslims
19:59 30.12.2017(updated 20:02 30.12.2017)
India’s northeastern state of Assam is releasing a draft citizens' list on January 1. The state is home to at least two million Bangladeshi immigrants. While India plans to award citizenship to illegal immigrants of other religious backgrounds, Bangladeshi Muslims would have to go back.

New Delhi (Sputnik) — India's northeastern state of Assam is donning the look of a fortress, a day before the release of the National Register of Citizens (NRC). Apart from the local security apparatus, approximately 60,000 troops of the central paramilitary force have been deployed at every nook and corner of sensitive areas in anticipation of tensions that could flare up with the announcement of the list that is basically aimed at weeding out the thousands of Bangladeshi immigrants who have illegally settled in that part of India over the last five decades.

© AP PHOTO/ ANUPAM NATH
India-Bangladesh Border in Assam Goes High Tech to Curb Illegal Migration
The citizens' list is based on the census conducted in the state for the first time after the census of 1951. Those who do not figure in the list (Bangladeshi migrants, mostly Muslims) will have to leave the country.


The draft NRC list will be available to the public from January 1, 8 am (Indian Standard Time) online at several government websites.


"For keeping the situation under control, additional 85 companies of central security forces have arrived in the state in two batches," Mukesh Sahay, Director General of Police, Assam told the media.

Sahay said the Indian Army has also been put on alert as their services would be required in case the situation goes out of control.

The NRC has enlisted only those persons who have submitted documentary proof that their families have been residing in India since at least March 24, 1971. The Assam Police have already registered 147 cases of submission of forged or misleading documents. However, those left out in the draft NRC would be given time to gather the required documents. No specific date has been fixed for finishing the verification process of such applications or documents for updating the NRC.

"The verification of supporting documents submitted by NRC applicants, both within and outside Assam, is under progress," Hansraj Gangaram Ahir, India's Minister of State for Home Affairs said on Friday in Parliament.


Weeding out illegal immigrants in order to save job opportunities and resources for the local population was one of the election promises of the ruling Bhartiya Janata Party (BJP).

"They must go back, they are robbing the youths of India of their livelihood," Narendra Modi had said in a rally ahead of the 2014 general elections.

According to an estimate, there are currently two million Muslims in Assam who trace their roots to Bangladesh. The NRC has triggered a conspicuous fear among not only the illegal immigrants but also those Indian citizens who have no documentary proof to show their forefathers belonged to the country. At least a dozen people in Goalpara, Sonitpur, Silchar districts have committed suicide in the last one month due to fear of being thrown out of India.

"We are living here for generations but today we are finding it difficult to provide documents to support our claims that we are Indians," Abdul Rahman, a resident of Cachar district where Muslims make up for 37.7% of the total population told to Sputnik.

"We are four in the family. We have been running from pillar to post in order to secure documentary proof of our residence. But since my father is an illiterate laborer, he did not possess any such papers. We are having sleepless nights," Rahman added. 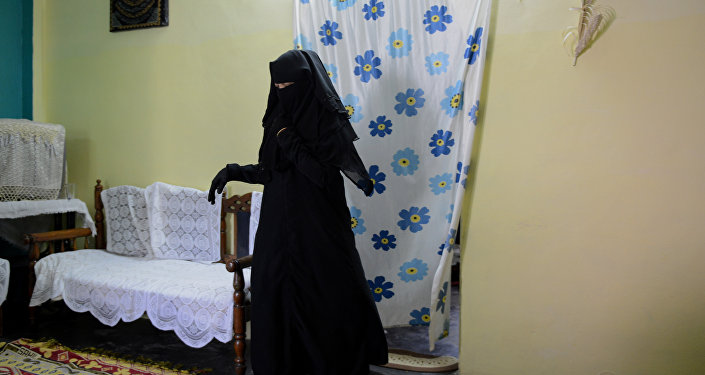 © AFP 2017/ MONEY SHARMA
India Moves to Ban Instant Divorce and Polygamy Among Muslims
However, the Indian government is yet to finalize the manner in which it would respond to cases where a person, irrespective of his religion, is identified as an illegal immigrant from Bangladesh but is not accepted by the Bangladesh Government as a citizen. "This will be dealt with under the provisions of relevant acts applicable at the relevant time," Hansraj Gangaram Ahir, India's Minister of State for Home Affairs said in response to a query in Parliament.


Meanwhile, Muslim leaders are blaming the BJP for banking upon fear psychosis among the Muslims in order to secure the majority Hindu votes in the state. But the common Muslim population has a different perspective on the issue.

"Yes, NRC should be conducted and foreigners must be identified. We are glad as most of our resources are being exploited by illegal immigrants, "Abdul Haq, a resident of Tezpur told Sputnik.

"At least we will have a document through which one can differentiate between illegal immigrants and the country's own citizens. We are happy," Sultan Alam, another resident of Tezpur, told Sputnik.

During and after the 1971 India-Pakistan war which led to the creation of Bangladesh, several thousands of Muslims, as well as Hindus from the area (erstwhile East Pakistan; now Bangladesh), crossed over to India to take permanent shelter in Assam. The Hindus may, however, continue to safely stay in India as the Narendra Modi-led government plans to soon introduce a law that intends to grant citizenship to illegal immigrants, especially those from Afghanistan, Bangladesh, and Pakistan, who are of Hindu, Sikh, Buddhist, Jain, Parsi or Christian background. The bill is planned to be passed in the ongoing winter session of the Parliament.
https://sputniknews.com/amp/asia/201712301060433948-india-weeds-out-illegal-muslims/

Come on, dont spread such news.
Do your part by maintaining communal harmony.
P

Akshay_Fenix said:
Come on, dont spread such news.
Do your part by maintaining communal harmony.
Click to expand...

You can Google it ; It is True Many Media Organisations are reporting it

Modi is Walking the Talk ; This is really BIG

I can't stop fapping to this article
Edit: just realised where are they gonna send those 2 mn
2mn is no joke bro

There has to be a specific law introduced that solves this problem so as to get these moochers off of our nation.

People should see how ruinous they are in Bengal, they don't pay taxes, make entire areas into ghettos, section off roads slowly as if its their baap's property.

It may sound xenophobic but every citizen in India is equal and is not immune to scrutiny and certain people who are not even proper tax paying citizens cannot bunch together to escape this scrutiny either.
V

Yes if true send them ASAP, fed up of these thugs commiting crimes in our country, chittar maar maar ke bhejna.

Bhumihar said:
I can't stop fapping to this article
Edit: just realised where are they gonna send those 2 mn
2mn is no joke bro

Good to see my tax dollars at good work.

I would really like to know how this works .
Has bd agreed to take 2M back??

When so much hue n cry was made for Rohingyas so much that SC also got involved, dont see possible that 2 Mn BeeDees can go back without a whisper.

2 million is a start, but 20 million is the goal. Bangladesh already bursting at the seams - can someone please introduce massive birth control to these people?

It is sputniknews. Don't get too excited.
D

Yggdrasil said:
2 million is a start, but 20 million is the goal. Bangladesh already bursting at the seams - can someone please introduce massive birth control to these people?
Click to expand... 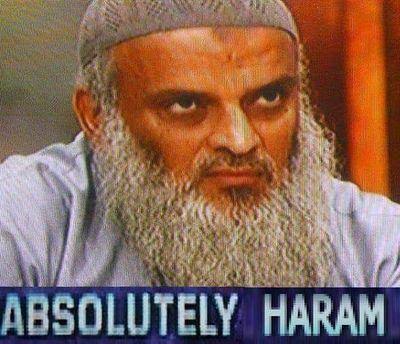 Yggdrasil said:
2 million is a start, but 20 million is the goal. Bangladesh already bursting at the seams - can someone please introduce massive birth control to these people?
Click to expand...

They need massive forced castration and hytrectomy a-l-a Sanjay Gandhi. And pest control a-l-a Hitler across the world. Further ban on Islam and Islamic studies and way of life across the world. Islam word itself should become a slang, a cus word so much so that all intellectual muslims give up Islam and convert to another religion.
R

lcafanboy said:
They need massive forced castration and hytrectomy a-l-a Sanjay Gandhi. And pest control a-l-a Hitler across the world. Further ban on Islam and Islamic studies and way of life across the world. Islam word itself should become a slang, a cus word so much so that all intellectual muslims give up Islam and convert to another religion.
Click to expand...

Don't say that certain people here believe in Dharma and Indian hospitality and would chastize you for following Chinese way which has brought them the consequence of gasp low tfr and better economic social indicators.

This is gonna be very difficult but achievable. Media and congress will blow it out of proportion.
BJP should find out how to handle this matter first. First Media should report less on this matter. BJP and Courts and Judges need to come together and make sure any negative coverage is sued in court and license cancelled. Jail anyone i.e all those leftists who will stage demonstrations and candle light vigil etc. Anyone planning to stop deporting or jailing the migrants should be shot. Plans should start right now and not like 2G case where BJP was feigning ignorance. Its all depends on political will and Will power of Modi, RSS and Hindutvavaadis in Power.

It will be a test for Hindus rather Indians ,whether they are gonna vote for the party that want to do something on illegal migrations.

But i feel whatever i wrote is a pipedream, it will play in a different manner.
You must log in or register to reply here.
Similar threads
Central Reserve Police Force (CRPF) SUV stolen; alert sounded
De alerting nuclear forces
Indian forces were put on high alert on Lanka's fear of army coup
PAF strategic force HQ Bunker in 3D
Share:
Facebook Twitter Reddit WhatsApp Link